There has been a church on this site for hundreds of years, and the present, mostly 18th century church, still contains some 12th century masonry. The medieval church that stood here, was connected to a Gilbertine priory, the remains of which can still be seen to the rear of the church. The Gilbertines were the only English ecclesiastical order, and were founded in 1131. 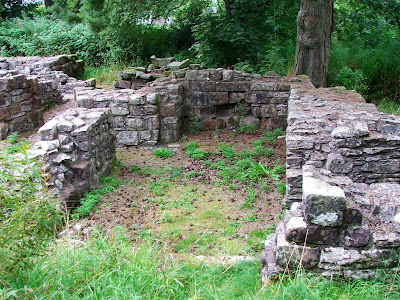 Up until the dissolution of the monasteries, there were 26 Gilbertine houses throughout England. There was probably already a church here when this priory was built, and the manor of Ravenstonedale was granted to the Gilbertine order based at Watton in Yorkshire. There would most likely have been no more than 8 canons and a handful of lay men based here. 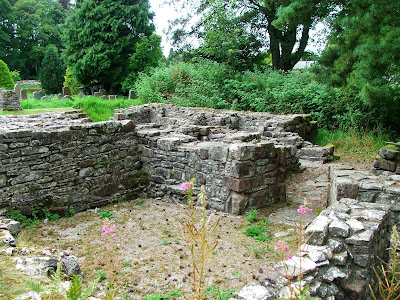 The Gilbertines voluntarily gave up their lands and buildings to Henry VIII’s agents in 1538, and were pensioned off, with their lands and buildings passing into Royal ownership. Henry VIII then granted the manor of Ravenstonedale to the Whartons, of Wharton Hall near Kirkby Stephen. It may have been the Whartons that fortified the buildings behind the church, using the ex-priory as an administrative centre for the newly granted manor. At some point the Whartons sold the manor and its lands to the Lowthers, the Earls of Lonsdale.

The church of 1744 was, at times, used as a court house, where the steward and jury of the manor sat in judgment of local disputes and crimes. Prisoners were often kept in the vaulted chambers of the Wharton fortified buildings, the walls of which are over a metre thick in places. 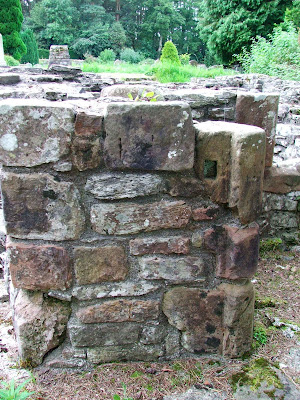 Above. This sandstone door jamb contains one side of a draw bar slot. 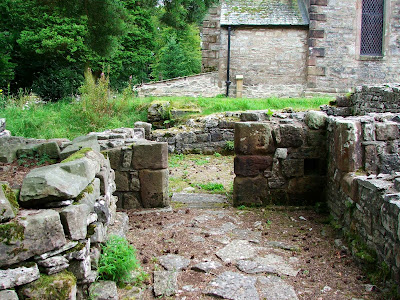 The remains were excavated in 1928 and 1929, when the eastern parts of the priory were exposed, with later consolidation work being carried out by English Heritage. It's thought that the North wall of the refurbished church (1744) probably follows the course of the outer wall of the 'pele' tower, and is probably built over the footings of a spiral staircase that would have provided access from the ground floor of the tower to the first and second floors. Indeed, it's possible that the North wall of the pre 1744 church, was actually a component of the South wall of the tower, possibly further strengthening and protecting the building.
Posted by The Cumbrian Castle listing. at 8:36 pm