When I started out on this historical journey years ago, I came across a great many buildings that didn't seem to fit into any of the groupings of buildings scattered across this blog. Some appeared to have the characteristics of towers, peles, strong-houses or even mini-castles, whilst others were historically known as the seat of locally powerful families. Context is sometimes difficult to find with these buildings...history is murky and often twisted over time, a bit like Chinese whispers, and getting to the bottom of the mystery is often difficult....if not impossible. Here are a few local gems, that have eluded any sort of definitive description.
Barwise Hall:
Barwise Hall sits a few miles to the South West of Appleby. It was most likely built by Sir John Sudwick in 1579, and unlike so many older buildings in this area, doesn't seem to have been altered much over the years. There is a doorway in the North wall, with a plate with the initials I.S. A.S. 1579 over the top, and a door in the East wall with the initials R. and E.D. 1676 over it. The first date plate relates to John Sudwick and his wife, and the second data plate relates to a later owner, Reginald Dobson, who is responsible for the addition of a staircase wing. 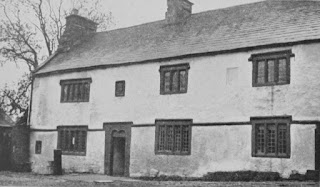 The building is listed as a possible bastle...or at least built on the plans of a bastle, ie, provision for livestock at ground floor level, with access at first floor level for the owners, providing a certain level of protection or defence. No such characteristics can be seen today, and Philip Davis of the Gatehouse website, dismisses this house as a defensible building completely, stating that there is no provision for security or defence anywhere in its fabric. 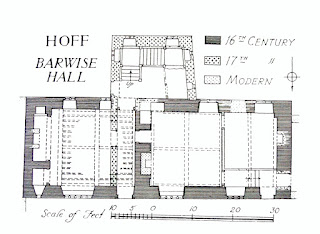 Above. Floor plan of Barwise Hall
It's plain to see that the building has thick walls, but this is most likely more to do with building materials and the environment in this part of the country....winters can be wet and very cold, and sunny days are few and far between, rather than the provision of defence.
Blease Hall:
Blease Hall lies between Middleshaw and Oxenholme near Kendal, and is described by Perriam and Robinson in their excellent book, The Medieval Fortified Buildings of Cumbria, as a 'possible fortified manorial hall'. Again Philip Davis casts doubt on this....there really isn't any evidence of defence or security. 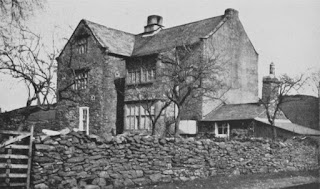 Originally an H plan house, the South wing was demolished sometime around 1850 after it was gutted by fire. The basic plan of this building follows that of many in the South Lakes area....H plan...central hall with wings to either side.....many of these buildings have had wings removed or demolished over time, belying their original footprint. Peter F. Ryder is of the same opinion as Philip Davis...a building that needs more research, but one that displays no evidence of defence.
The hall was built by Robert Bateman, sometime around 1600, and he is reputed to have used the Gibson family of masons who were responsible for some of Levens Hall's upgrades about the same time.
Cliburn Hall:
Once upon a time, there was a Grade II* listed building called Cliburn Hall. In 1965, the owners made some alterations to the fabric of the building....resulting in the removal of the building's listed status. What was removed at this point, destroyed or changed is not documented, but it must have been damaging. The hall lies a few miles South East of Eamont Bridge near Penrith. It may have been purposefully built as a pele tower sometime around 1347 most likely for the de Cliburn family, who seem to have been in residence for quite some time. The Cumbrian and Westmorland Antiquarian Society tell of John Clybborne being besieged in his tower, by William de Thisteald, who shot more than one thousand arrows into it. 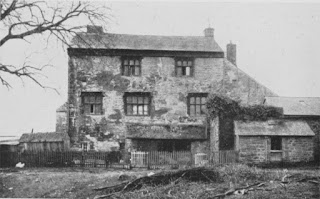 In 1567 the tower was owned by Richard Cliburn who instigated major rebuilding of the hall and its attached tower. He added a whole new domestic range, keeping many of the original thick defensive walls in place along with the vaulted ceiling in the 14th century tower.
By the mid 1600s, the hall had been sold to the Collingwood family...then to the Sawrey and Lee families, and finally, in 1667 it passed to the Lowther family. Around 1872, the lead roofs and battlements were removed, and the roof gabled...giving the hall the characteristics we see today.
There are a number of these intriguing building around Cumbria, all with tales to tell. Some have been altered over the years with building and rebuilding works masking their original purpose. Others have been so drastically changed that it's impossible to tell today, whether they were built with defence in mind.
Posted by The Cumbrian Castle listing. at 12:02 pm No comments: