Described as a 'fortified ecclesiastical' site by the Gatehouse website, the Grade I listed structure consists of a collection of 11th to 14th century buildings. 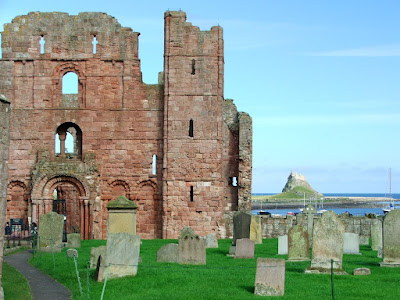 Above. Looking East across the Ouse towards Lindisfarne Castle.

It's likely that the cloisters were transformed into a fortified courtyard sometime in the 13th century, possibly due to the closeness of the castle to the East. During the 14th century, towers were added and an outer ward built. Also in the 14th century, the Priory church was lightly fortified with the insertion of arrow loops in the West wall, and the inclusion of crenelations.

The priory started out as a Benedictine cell from as early as 634AD, suitably removed from the mainland and accessible only via a causeway at low tide. The Priory was suppressed in 1547 during the English Reformation.

The Holy Island of Lindisfarne.

Photo courtesy of Malcolm Booker
Posted by The Cumbrian Castle listing. at 6:16 pm No comments:


The tiny castle of Lindisfarne, sits on the top of a rocky outcrop at the South Eastern tip of Holy Island. The outcrop on which the castle is sited is called Beblowe Crag, and provides the buildings with firm foundations. 16th century maps show that there was a beacon on the summit of the crag before the castle was built. It wasn't until 1550 that the fortification was completed. The building materials for the castle were most likely pillaged from the nearby Priory when it was dissolved under Henry VIII's orders. The castle was at the forefront of Anglo Scottish aggression, and in 1542 Henry VIII ordered the site to be fortified against possible Scottish attack. As a result of this Royal order the castle was built, and provided with an impressive array of artillery. 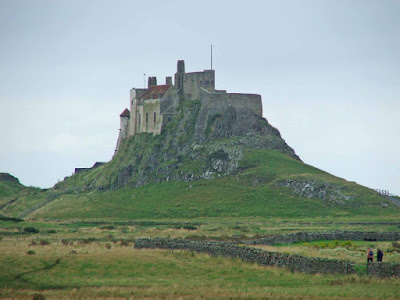 Above. Lindisfarne Castle from the North.


During the Jacobite uprisings, the castle was briefly held by the Pretender's supporters. When the garrison was removed, the castle briefly found use as a coast guard lookout and tourist attraction during the latter part of the 18th century. In 1901, the castle was bought by Edward Hudson who took it upon himself to refurbish his new acquisition, employing the architectural skills of Sir Edwin Lutyens.

North of the Tyne's fantastic photos of the castle

The National Trust's page on Lindisfarne Castle
Posted by The Cumbrian Castle listing. at 8:13 pm 1 comment: 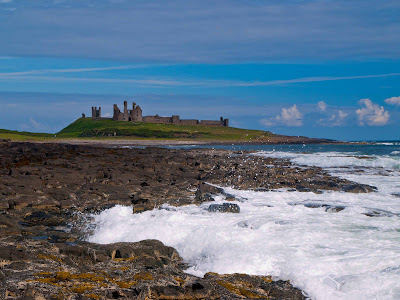 Above. Dunstanburgh from South.
Photo courtesy of Malcolm Booker.
Posted by The Cumbrian Castle listing. at 8:11 pm No comments: 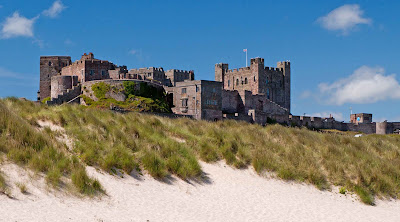 Above. Bamburgh castle from the beach to the East.

Above. Bamburgh Castle from the East. 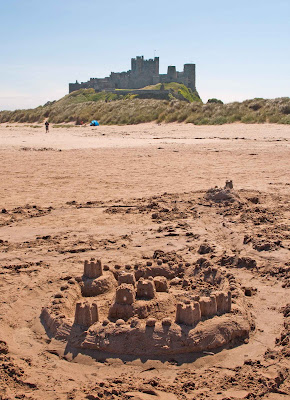 Above. Modern and older castles together on the beach. 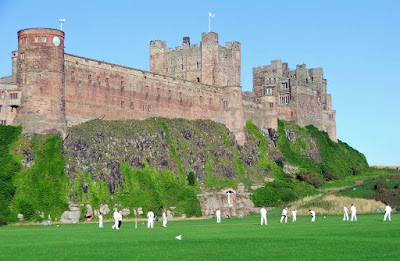 Above. Cricket beneath the West walls.
Photos courtesy of Malcolm Booker.
Posted by The Cumbrian Castle listing. at 8:08 pm No comments:

The Barracks of the First Royal Lancashire Militia, Lancaster

Situated on South Road in Lancaster, this building has a look of Scottish baronial architecture about it. It is in fact the ex-barracks of the First Royal Lancashire Militia, alternatively used as the armoury and general stores until it was abandoned.

Above. The barracks as seen from South Road.

The barracks were built in 1854 possibly by Edmund Sharpe, and were converted around 1983 into offices. 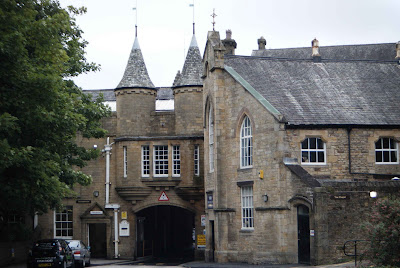 Above. The barracks' gatehouse.


The barracks were built after the Militia Reform Act of 1852 was passed, requiring each county to build and maintain secure quarters from which new militia units could be mustered and trained. The First Royal Lancashire Militia eventually moved to Bowerham barracks in 1881, and the building was sold to Storey Brothers who used it as storage for their business. It was later purchased by Lancashire Enterprises in 1983, who converted it to offices.

Web site for the Lancashire Militia.
Posted by The Cumbrian Castle listing. at 6:35 pm No comments: