The current building, obliquely photographed and shown below, was built in 1831. Its listed building status (Grade II) states that "a pele tower rises above the roofs, with octagonal turret, perhaps partly original." It's quite likely that this building, constructed from designs by George Webster, famous Kendalian architect, for Thomas Greene MP, was built around an earlier building, but we'll never know for sure what form this building took....whether it had any characteristics that would have enabled us to label it as a tower or a fortified manor. In 1887, Lancaster based firm Paley and Austin were employed to make some changes and additions to the hall. 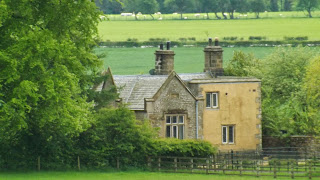 Above. Oblique view of Whittington Hall from the church yard.


General consensus seems to be that there may have been several Whittington Halls, in terms of the manor hall for the Whittington estates, located in various places in and around the village of Whittington. Before 1066, the village of Whittington was important enough to have been the caput of a large estate, incorporating Newton, Arkholme, Gressingham, Hutton Roof, Cantsfield, Ireby, Burrow, Leck, Burton-in-Lonsdale, Barnoldswick, Ingleton, Casterton, Barbon, Sedbergh and Thirnby. Some of these estate holdings ended up with their own Norman centres of administration in the form of motte and bailey earthwork castles, namely, Whittington itself, Arkholme, Burton-in-Lonsdale and Sedbergh. As with many areas in this part of the North West, Whittington and its estates were originally part of the Saxon Earl Tostig's holdings....but after William the Conqueror's invasion in 1066, the lands soon passed to the crown.

The hall is now pretty impossible to see from any public right of way. Even from West Hall Lane, which runs to the West and to the North of the hall, clever use of trees and woodland has managed to hide the hall from prying eyes. The only view of any of the buildings I could find, were from the church yard looking West.

Whittington's village website is well worth a look.
Posted by The Cumbrian Castle listing. at 7:41 pm No comments:


The tiny village of Ireby lies about half a mile North of the A65, and about 2 and a half miles East of Ingleton. At the North of the village, Over Hall can be found, nestled beneath Ireby Fell, and expanse of common land that formed part of the Whittington estates of Earl Tostig before 1066. The lands were held in conjunction with nearby Tatham, Tunstall, Melling and Wennington, a huge swathe of lands that stretched across modern day Lancashire. The Knights Hospitallers are known to have held lands in and around Ireby, as well as paying for a chantry chapel at Tunstall church.

Above. Oblique view of Over Hall from the village.


The manor of Ireby seems to have ceased sometime after the early 1600s when the Cook family died out. During the late 14th century, and through the 15th and 16th centuries, the hall was known by a number of names: Tottersgill, Fothergill Hall and Nether Hall, and today, Over Hall. 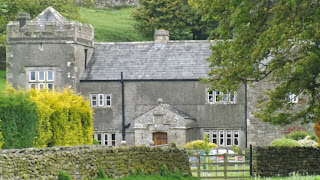 Above. View of Over Hall from the public footpath.


No historical documents I can find make any mention of a tower here at Ireby, the only connection with a fortified residence being that it was originally held as the place where the Lord of the manor resided. The hall was most likely built in 1687, and may well have replaced or incorporated an earlier building of some sort. The tower probably only dates from the 19th century, with the central hall block dating from the late 1600s (a date stone states 1687 above the door) Other aspects of the hall are all reliably dated from the 17th century. 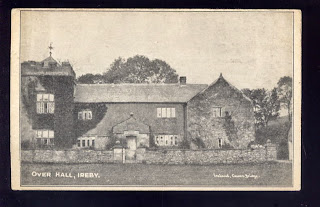 Above. Old postcard view of Over Hall (from personal collection)


The hall is best viewed from the public footpath that runs to the South and East of the hall, though some large trees in the garden now block some of the view.

Posted by The Cumbrian Castle listing. at 7:41 pm No comments:

London, the Tower of London

The Tower of London
London 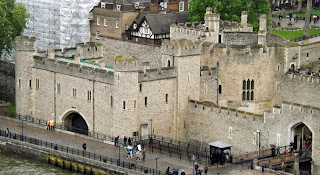 Above. Traitor's Gate leading onto the Thames.


The photo above shows Traitor's Gate in the foreground, with the Bloody Tower Gate behind it. The tower with the six light window is the Wakefield Tower, built between 1238 and 1272 by Henry III and designed to be the Eastern entry to the castle. Attached to the Wakefield Tower would have been the Great Hall, where Anne Boleyn was tried in May 1536, answering charges of incest, adultery and treason. The Great Hall was demolished during Cromwell's Commonwealth. Traitor's Gate was built during the reign of Edward I with the initial purpose of providing a river entry to the castle complex, simply for the comings and goings of the Royal family, giving them easy access to the Royal lodgings. From around 1544, the gate was referred to as the Traitor's Gate, where many prisoners were brought into the castle for trial and execution. 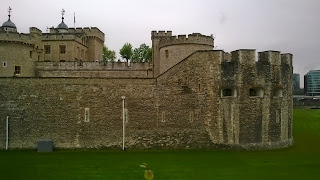 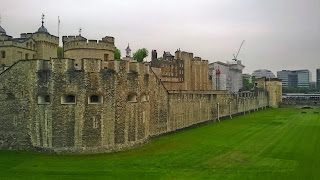 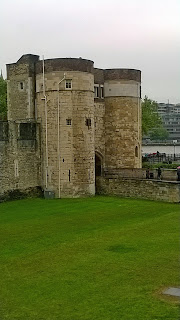 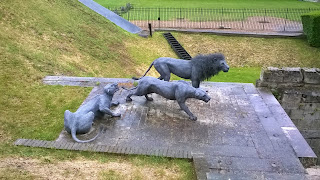 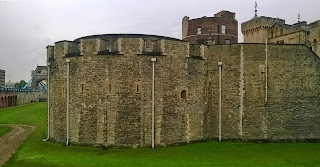 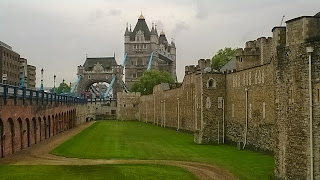 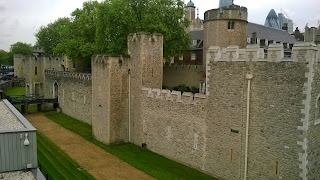 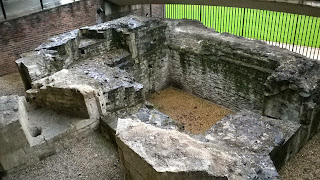 Posted by The Cumbrian Castle listing. at 10:05 pm No comments:

Breaking news: Gleaston Castle to be surveyed from the air


The North West Evening Mail website has reported that Gleaston Castle, placed on the 'At Risk Register' (compiled by English Heritage) and in a serious state of disrepair, is to be surveyed from the air. This survey has been made possible by the Castle Studies Trust, who have kindly granted £5000 towards the aerial photographic survey.

Above. The keep, part of the curtain wall and a corner tower.


Gleaston Castle, a Grade I listed structure, is in such a poor state of repair that the public have been banned from the remains for a number of years due to the unsafe nature of the major parts of the castle still standing. The survey will be carried out by the Morecambe Bay Partnership, who were established to bring jobs to the area, celebrate heritage and to care for special places.

The brief news story can be found here.


The supporting text for the £5000 grant can be found here. The Castle Studies Trust hope that the grant will enable the castle to be properly surveyed from the air, and aid in creating a 3d model of the castle, which will enable us to better understand this ruined castle, and to help in the future conservation of the ruins.

The Castle Studies Trust was created to assist in increasing the knowledge of castles in the UK and abroad.
Posted by The Cumbrian Castle listing. at 8:49 pm No comments: