The small village of Tirril is about 6 miles West of Penrith, on the B5320. Sockbridge is a small area of the village off to the right. 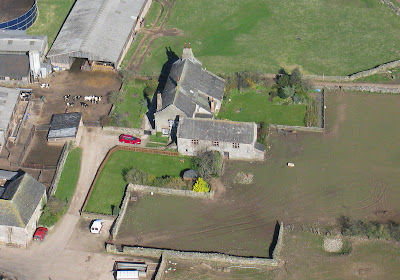 Above photo courtesy of Simon Ledingham.

Simon's photo shows the layout of the site as it is now. It is thought that the fortified tower that once stood to the right hand side of the building in the foreground, with its attendant buildings and walled courtyard, would have been similar in form to Yanweth Hall near Penrith, although some of the buildings and the tower have long since been demolished, leaving only the gatehouse standing. The hall can be seen immediately to your right, unfortunately just below the brow of the hillside. The building at the forefront of the photo, is the gatehouse (now converted to a house) Built in the late 16th century, it has a small arched entrance (at the left hand gable). The gatehouse is entered through a stone stair case on this wall also. Some records state that there was once evidence for a moat surrounding the whole site...although the evidence has long since been ploughed away. 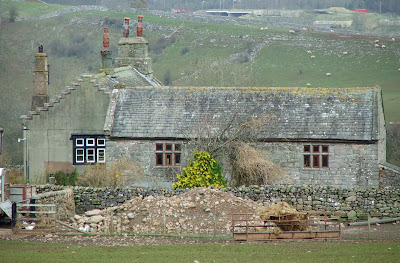 Above. View of the hall and gatehouse from the roadside.

The building in the background, with the black and white windows, is probably of the same period (late 16th century) but with 17th and 18th century additions. It's likely that this building contains masonry from a demolished 14th century pele tower...but to what extent this original tower still survives isn't known. 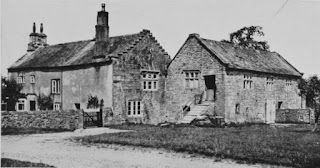 Above. Different view of the gatehouse.

It's thought that the original pele tower was built in 1375, but was demolished or partly demolished in 1830, with most of the material 'liberated' taken to Lowther Park to build Buckham Lodge\the gatehouse. It is probable that the hall and the pele tower were built by the Lancaster family....who have connections with the Hartsop family of Hartsop Hall, a 15th century building with the remains of a pele tower nearby.


The hall and the gatehouse can be seen from the roadside, however the view is obscured by farm buildings and as they are below the brow of the hill, only a partial view is possible.
Posted by The Cumbrian Castle listing. at 11:25 pm