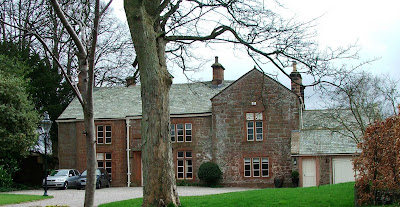 The Rectory was built in the early part of the 15th century, with alterations by Thomas Musgrave (Dean of Carlisle) being made in 1674. The oldest part of the building has thick red sandstone walls. This portion would originally have been a two storey pele tower, seen on the right hand side of the photos. 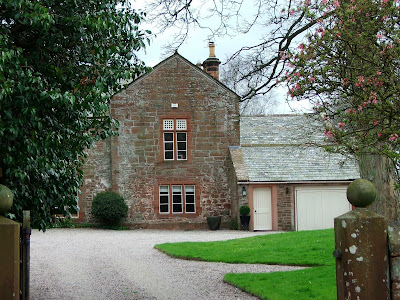 This fortified tower has been much altered, and as with many towers in the region, has lost its flat roof. The front wall (as shown above) the left (now interior) wall, and the right (exterior) wall are all original, thick tower walls, whilst with the extension of the oblong shaped tower to the rear the thick defensive walls here have been removed\knocked through.
The building can be viewed from the road.
Posted by The Cumbrian Castle listing. at 11:28 pm