The priory at Cartmel was built sometime in the late 12th and early 13th centuries. The gatehouse that lies to the west of the priory, was most likely built in the early 1330’s, and is the only ecclesiastical building apart from the priory itself that survives in the village. 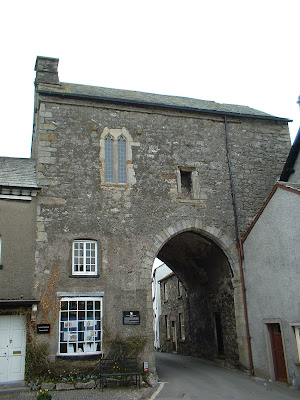 Whether this building can be regarded as a ‘fortification’ in its own right, is difficult to say. The fact that it is a gatehouse, in itself, means that a degree of fortification was present, i.e.; doors to prevent entry without the prior knowledge or permission of those occupying and controlling the Priory’s property and land, and tiny windows on the external walls, with none at ground or first floor levels. This is of course, different to a fortification that was built specifically to defend against raids or attacks. The building is an imposing remnant of the precincts of the priory, which would have enclosed a great area in which the present village is built. At the dissolution of the monasteries the priory was dissolved in 1537, and most of the ecclesiastical buildings were demolished, save of course for the priory, which was and still is the parish church, and the gatehouse, as this was then being used as a courtroom. 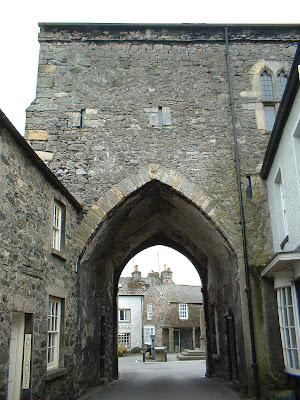 The gatehouse housed a grammar school according to records from 1624, and has also been used as a prison. These days, it can be easily viewed from the road that runs directly through its massive arches.
Posted by The Cumbrian Castle listing. at 7:53 pm