Great Salkeld is about six miles North of Penrith, on the B6412. The most prominent building in the village is the medieval church of St Cuthbert that sits in the centre of the village, occupying a large green. This is another one of those dream sites....a great medieval (and earlier) church, with a fortified portion...the late 14th century pele tower at the west end of the building. 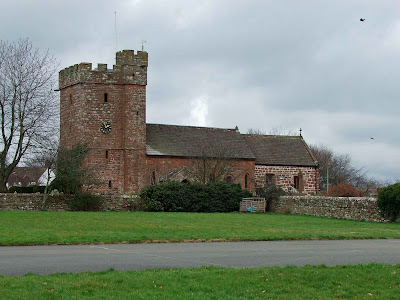 There are portions of the church that date from the 12th century, namely the North and South walls of the Nave. These walls are broken only by the insertion of much younger windows, probably from around the 1860's. 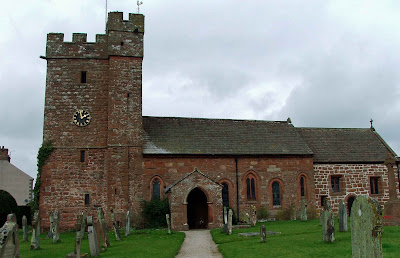 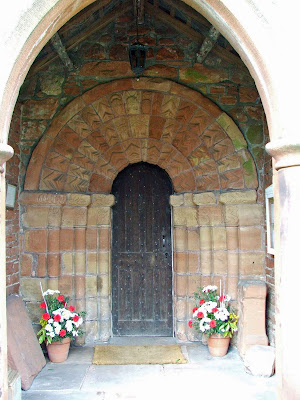 There are a multitude of beasts and figures decorating the arch, and all appear in good condition. The door must have been protected from the Cumbrian elements by a porch for many years. 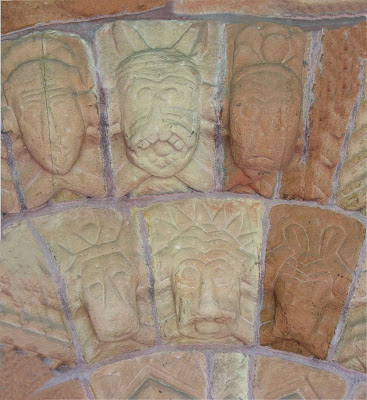 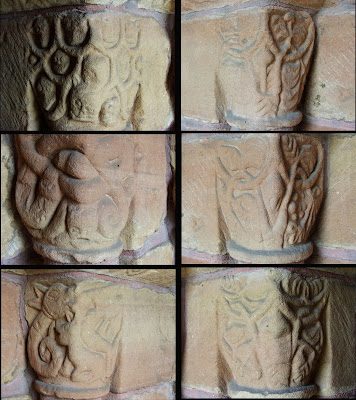 The chancel to the East of the church, dates from the 17th century, as do the windows here.
The most intriguing portion of this church though, has to be the tower. 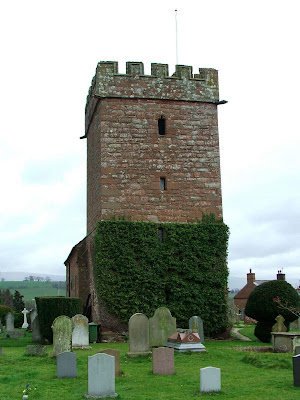 Built in 1380 specifically as a pele tower, it would have been used as a place of safety when the English or the Scots were raiding the area. The walls are around 1.6 metres thick, over 3 storeys, including an embattled roof. The stair turret is slightly taller than the tower itself, and was unfortunately locked. Through this door, the upper floors are accessed, as is the basement, allegedly used to house prisoners. However....the tower, now used as the vestry, was unlocked so I was able to explore. The room is tiny, perhaps only 10 feet square. The three windows are tiny, probably only 8 inches wide, and two feet high....and the thickness of the walls is clearly visible. 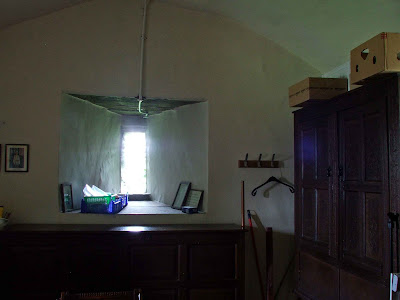 The only way into the tower, is through a narrow door up two steps. The tower has a single arched window in the internal wall, probably added at a later date. 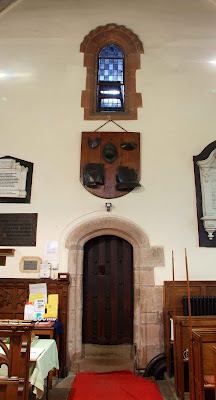 The tower was secured by a sturdy oak panelled door or a yett, with two iron draw bars that fit into a deep groove in the wall. 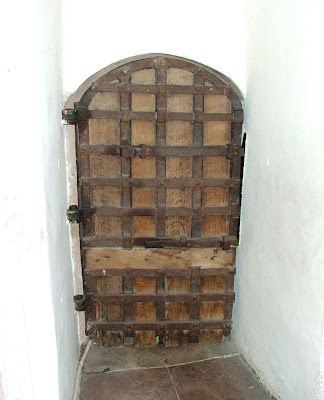 The oak is re-enforced with iron bands that run from end to end, horizontally and vertically. It weighs heavily too, but opens very smoothly on its hinges. The roof of the ground floor of the tower is vaulted, with a very shallow arch. The door to the upper floors was unfortunately locked, but apparently there is a fireplace on the first floor with a gravestone used as a lintel above, dating from around 1290. 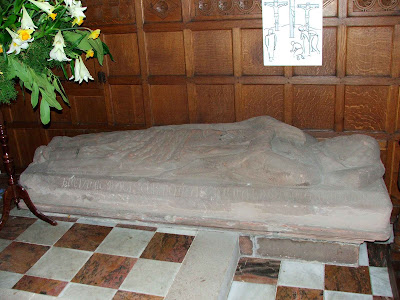 An effigy of Thomas de Caldebec, from about 1320, lays on the floor of the Chancel. Thomas was the Rector of Great Salkeld in 1319. The church seems to be open most days, and is well worth a visit.
Posted by The Cumbrian Castle listing. at 11:00 pm