Catterlen Hall, and the remains of the Old Hall, lies less than a quarter of mile North of Newton Reigny, and less than a mile South of Catterlen.

The hall consists of a pele tower built some time in the 1460's, and an Elizabethan hall, built in 1577 by Roland Vaux. The tower has walls measuring 1.2 metres thick, and retains its original crenellations. Unlike many surviving towers, Catterlen still has it's original flat roof, as can be seen on the aerial shots on the Visit Cumbria web site. 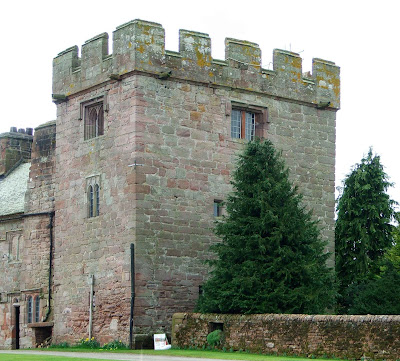 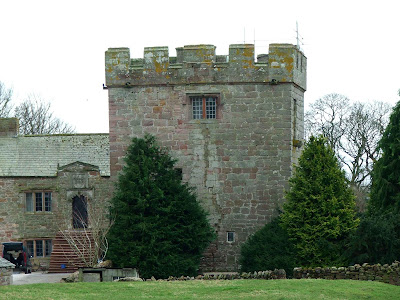 To the South East of the hall and tower, a raised platform consisting of turf, boulders and rubble, marks the spot the original Old Hall would have occupied. 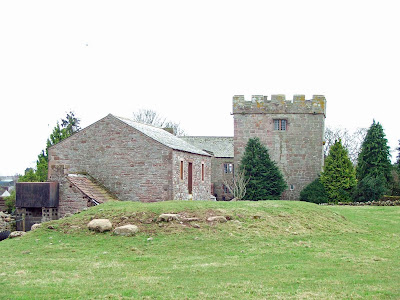 The mound of earth and boulders, probably represents the remains of the original 12th century tower.

This tower, built in the 12th century, was superceded by the current hall and tower.

This has to be one of the better preserved towers in the area, and is easily visible from the roadside.

Posted by The Cumbrian Castle listing. at 11:13 pm

To those less experienced in historic buildings - In the last picture the mound with rocks showing in the foreground is the very ruined remains of the early 12th century tower.