The small village of Temple Sowerby lays on the A66, about 2 miles East of Penrith. Just like Askham and Milburn, it is a defensible village, displaying many of the same characteristics as Milburn. 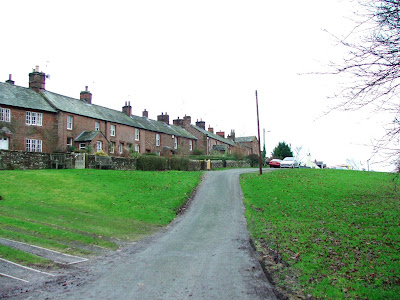 Built around a central village green, the defences here again consisted of unbroken rows of stone built cottages, effectively forming a light curtain wall, within which the inhabitants would have been able to easily and safely protect their livestock.

Originally called Sowerby (relating to the poor quality farm land thereabouts) it became Temple Sowerby when the Knights Templar gained possession of the manor sometime around 1228. In 1312 and again in 1323, the manor was given to the Knights Hospitallers when the Templars were accused of heresy by Pope Clement V. The manor remained under the Hospitaller's control until given to a local family by Henry VIII in 1545. 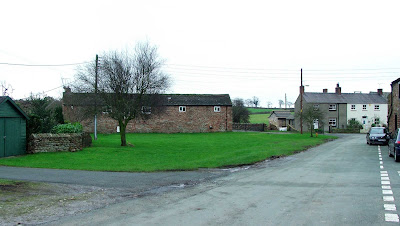 As at Milburn, the houses surrounding the green would at one time have formed a nearly unbroken ring of buildings around the central green. But Temple Sowerby has been developed far beyond Milburn, and the Green is now less distinct than at Milburn....and many buildings have been replaced and altered. The basic shape of the village remains however, and there are still unbroken rows of low built cottages to this day.
Check out Simon Ledingham's aerial photo of Temply Sowerby.
Posted by The Cumbrian Castle listing. at 7:26 pm