Warcop Tower belongs to the same group of buildings mentioned earlier in this blog...houses that may....or may not be, or have the remains of towers contained within their cores. The house as we see it today, is sited in the small village of Warcop, just off the A66, and about 4 miles West of Brough. 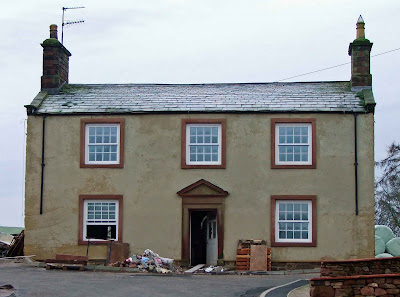 The house probably dates from sometime late in the 17th century, but the small site was certainly the site of the medieval manor here in Warcop. The Warcop family held the manor here since the 13th century, and were most likely based near or at the present house.

The house is a private residence, but can be seen from the road running through the middle of the village.
Posted by The Cumbrian Castle listing. at 3:58 pm