This well preserved but small motte and bailey castle sits high above Sedbergh at the foot of Winder and Crook fells. Sedbergh village sits on the North banks of the River Rawthay. The village also lays in the foot of the valley between Winder Fell to the North, and Frostrow Fell and
Holme Fells to the South. The natural pass created by the river at the foot of these fells, could possibly explain the existence of both the village, and the Norman motte and bailey castle here. Indeed, the earthwork castle to the North of the village, would have commanded a fantastic vantage point over the town, and anyone who needed to pass through either from the West or the East would have had to pay heed to the manor here.
The name Sedbergh could well be a Scandinavian name for a 'flat topped hill', possibly referring to the remains of the motte and bailey castle. The castle was most likely built following the Harrying of the North, a destructive military campaign undertaken by William the Conqueror in 1069/1070 as the result of failed uprisings by native Saxon lords and their armies. The result of the nearly total destruction of the area, was the building of a host of motte and bailey castles right through to the 1100's, underpinning the military might of the Normans throughout the North West and North East of England, and indeed, into Scotland.

The main (and original) church in Sedbergh, St Andrews, contains the remains of the Norman church built in the village in the late 1100's, mainly, a Norman doorway to the South of the church, and some Norman masonry in the internal tower wall. 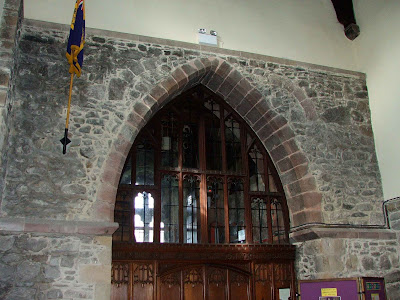 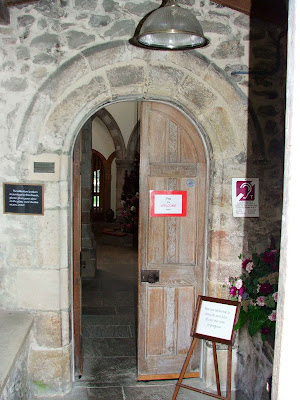 The motte and bailey castle is very well defined, and is easily accessible. Each part of the earthwork remains is readily identifiable: motte, bailey, ditches and ramparts all surviving intact. 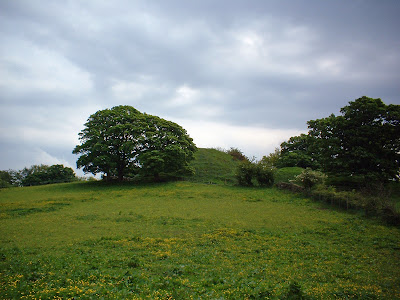 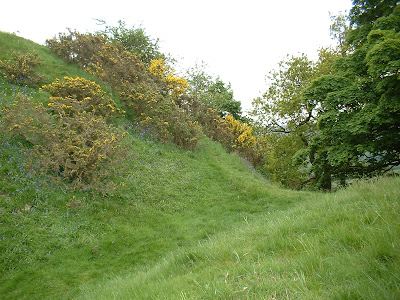 The motte stands to nearly 30 feet, and is still surrounded by a well defined ditch which measures around 20 feet at the widest points. The ditch ceases on the South side of the motte, with the natural defences of the steep cliff face taking over. 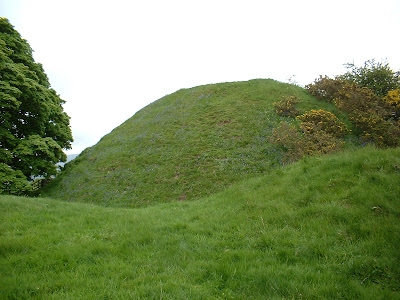 The motte’s summit measures around 9metres by 7 metres. The summit is slightly dished shaped, probably caused by the building of a WWII lookout outpost (with concrete remains also in the bailey below) The bailey laying to the West of the motte, is around 30 metres by 20 metres. 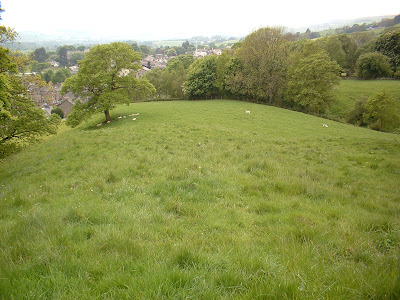 The castle may have been erected by Robert to Mowbray in around 1092, possibly the same time that Castle Howe in Kendal was also being built. 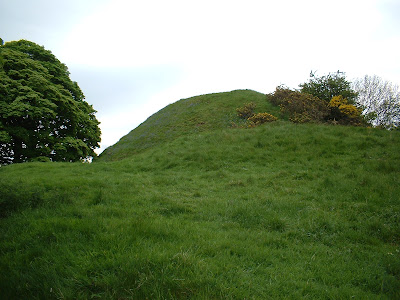 There is a well marked footpath that leads right to the remains.

Posted by The Cumbrian Castle listing. at 10:24 pm

As a young boy i used to play on castle haw, a magical place where i used to exhaust myself and burn off the child energy running up and down and around castle haw. I also remember how my friends and i were fascinated by the ww2 concrete bunker which was still present albeit in a state of collapse. the bunker was smack bang in the middle of the mound. You can see for miles from up there. Although it is a small motte it is well worth visiting if you are in the area for the view if nothing else