There are not many sites that can boast so many fortified remains. Ok...London maybe, and York and Chester....but a tiny village such as Great Ormside, doesn't seem to be the place that you'd find a pele tower, a medieval (and older) ring work and a fortified church. I almost didn't bother visiting this small collection of houses, about two miles south of the A66 and about a mile and a half south of Appleby, as time was running short. I'm glad I did however. 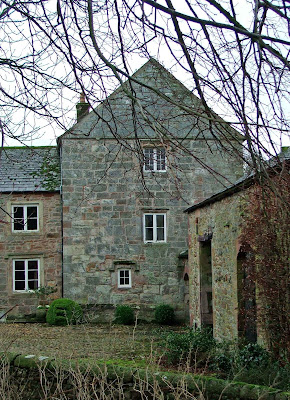 First off Ormside Hall. The hall was the seat of the Barton family, and was probably built sometime in the latter part of the 14th century. It passed to Sir Christopher Pickering in the late 16th century, and then to the Hiltons in the 1700's. 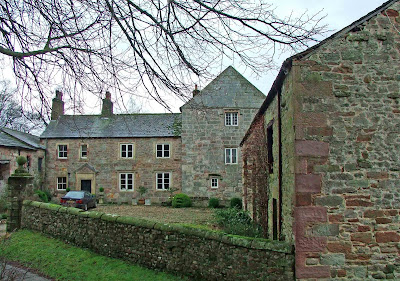 The pele tower can be seen on the right hand side of the photo below, attached to a later 17th century house. Originally the tower would probably have had a flat roof, possibly with crenellations, but as so often happens with these buildings, when they are converted to primary residences, and the need for defence recedes, steepled\gabled roofs are often added.

The second site here, is the ring work upon which the church of St James is built.

Above. A view of the church sitting on top of the ring-work.


The summit of the ring work measures around 50m by 35m, and sits high above the River Eden (Ormside Hall is less than a hundred yards away) The site is certainly very ancient, with a Viking burial being found here in 1898. 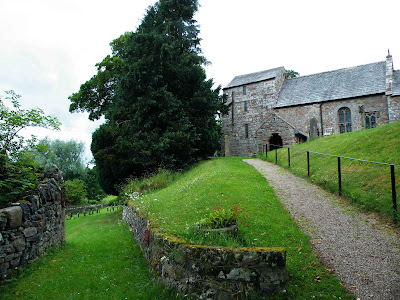 Above. View of the ring-work.


Aerial photos of the site on the Visit Cumbria web site ( Link 1 and Link 2 ) clearly show that the ringwork was built in a good defensive location, with open views across the surrounding countryside, and a prominent position above the bend in the river. 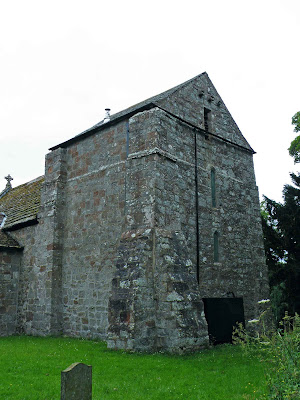 The third site, is the tower of the church of St James, built high up on the top of the ringwork. The church, which dates from the 11th century (making it one of the oldest in Cumbria) has no doorway in the outside walls (existing or blocked) and no windows, save for some narrow slit like openings on two external walls. The tower would have been entered only from the inside of the attached building\church\chapel. 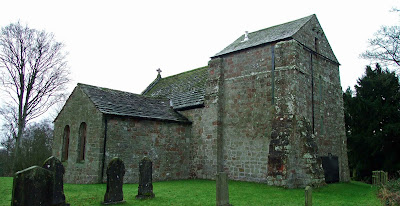 There are still 12th century windows in the south side of the nave, and 12th century walls to the East of the tower. These remains may indicate the last vestiges of the original building to which the tower was originally attached, and in which locals may have sought refuge in times of danger! 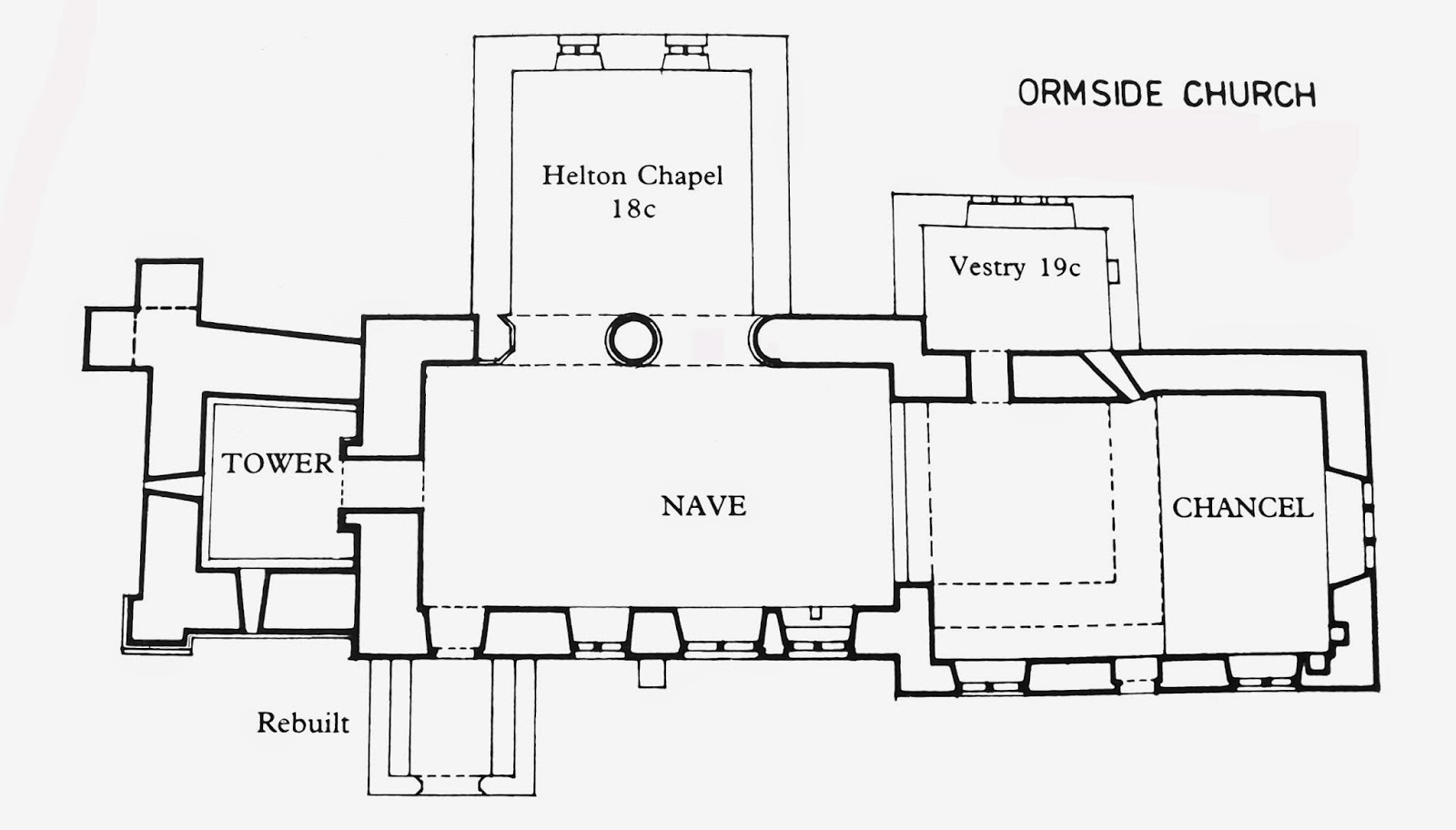 Above. Floor plan of the church.

The tower's walls are up to a metre thick, and with its position high above the surrounding countryside, it's not hard to imagine this building as a defensive structure. I think the lack of an external door, and the thin slit like windows also adds strength to this idea. However...there doesn't seem to be any definitive description of the original use of this part of the building. More information as it comes to hand!

The Hall can be viewed from the footpath that runs around the base of the church yard. The church especially the tower can be freely viewed at any time.
Posted by The Cumbrian Castle listing. at 4:38 pm

I descend from famous Nicholas de Blakburn(Blackburn) merchant of York of whom had Blackburn roots in Lancashire. He was born 1360 in Richmond where he had also married before his family's arrival in York. His wife was Margaret de Ormeshed (of Ormside, Cumbria)and
from what I could glean in the sparse documentation, The Ormeshed family and The Vesci family were the first ones to hold the Manor there before The Bartons , De Derwentwaters and The Radcliffs etc.

I've learned from the available resources in York, that through Nicholas and Margaret(Ormeshed)Blackburn's social and familial connections (via the Corpus Christi Guild)of which had been brought to light in the translated documentation there (The Latin Project)and that resulted in quite a treasure troth of clues for me as so many of those surnames that were found at the heart of their(Blackburn-Ormeshed) inner circle had quite deep roots in Cumbria, Westmorland and Lancashire as well (Bolton being just one of them).

If you happen to be aware of any additional publications,other resources or even some on going research being done which could shed more light on my Ormeshed(Ormeside) roots, then I'd be most appreciative if you could pass that information along to me.