York Castle lies at the junctions of Fishergate and Tower Street, where the Rivers Ouse and Foss meet. Today, the castle consists of Cliffords Tower and its immense motte, the museum, a short stretch of curtain wall (shown below) and two towers (also shown below)

Above. A view from the top of Cliffords Tower, looking out across the bailey area towards the South. 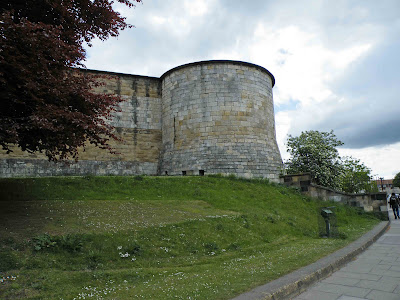 Above. The Southernmost surviving tower on Tower Street.
About eighty five metres of wall survives at the Southern end of the castle, with two large towers still standing. This portion of wall and the towers are thought to have been built around 1250, but have undergone rebuilding and repairs from the 17th, 18th and 19th centuries. From air photos, the tower shown above (the Southern most tower) is three quarters round, whilst the tower shown in the last photo, is only half round. Both are now incorporated into the museum buildings. 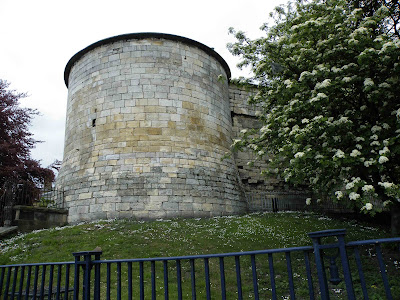 Above. The Southernmost tower from another angle. 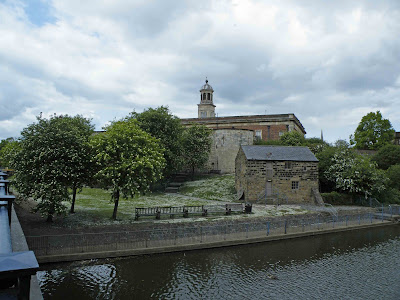 Above. The second of the two surviving towers can just be seen above the building in the foreground. 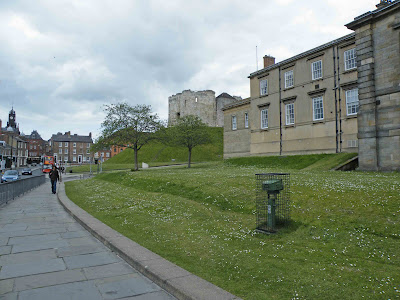 And this is the official website of York Museum.
Posted by The Cumbrian Castle listing. at 3:33 pm