Situated about three miles North of Carnforth in Lancashire, stunning Leighton Hall has been watching over the surrounding countryside for over seven hundred years. There is mention of a fortified house built here in 1246 by Adam d'Avranches. Adam's grandson changed his name to Adam Yealand, the surname of his cousin, Sir Henry de Redmayne, who in turn was the son of Norman de Yealand of Redmayne, thereby providing the name of the two small villages that lay less than a quarter of a mile apart....Yealand Conyers, and Yealand Redmayne. The lands were granted to the d'Avranches family by the Barons of Kendal. 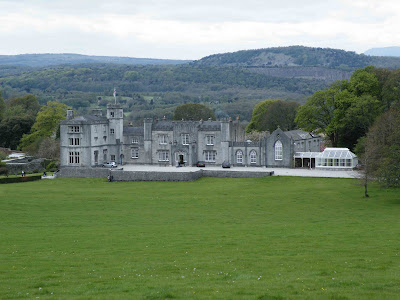 Above. A view of the hall from the South East.
The hall we see today, is the result of a massive rebuild in 1763, prompted by the near total destruction at the hands of Government troops after the 1715 Jacobite rebellion. Albert Hodgson, owner of the hall and its estates after 1708, was staunchly Catholic, and as such, backed the Jacobite's attempt at overthrowing the Hanoverian monarchy and government. Unfortunately for Albert, he was captured by government troops at Preston in 1715. The hall was then confiscated from the family and hall was sacked and burned.

Above. The South face of Leighton Hall.
In 1722, the hall was sold at public auction and purchased by a family friend. It was presented back to Albert Hodgson. When he was finally released from jail, he moved back to Leighton Hall. It wasn't until the 1760's however, that the hall was re-built. Albert's daughter, Mary, married a wealthy businessman, George Townley of Townley Hall near Burnley. With his finances, and Mary's vision, the hall was rebuilt and magnificent gardens laid out. Mary and George had no children, so when they both died, the hall and its vast gardens were sold in 1805, to Alexander Worswick of Ellel Grange. Alexander worked as a banker in Lancaster, and was married to Alice Gillow. 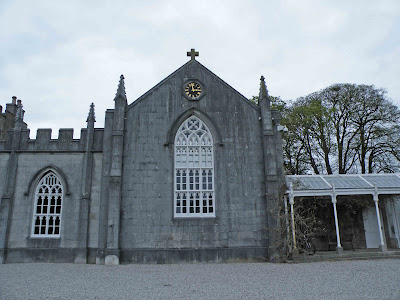 Above. The mock chapel...actually built as stables.
This was to be the start of the Gillow family's association with Leighton Hall. The hall was sold in 1822 to Richard Gillow, who was the grandson of Robert Gillow founder of the Gillow furniture company. Richard was responsible for Leighton Hall's Gothic facade that we see today. This 'new look' for the house was erected between 1822 and 1825. 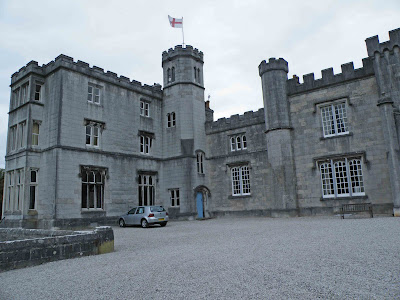 Above. The Paley and Austin tower, added in 1870.
The hall was inherited by Richard's son, Richard Thomas Gillow in 1849. Richard Thomas died in 1906, and was responsible for the building of the catholic church of St Mary at Yealand. Before this, the chapel at Leighton Hall would have been used for mass and other Catholic services. Richard Thomas was also responsible for the addition of the Victorian wing of the hall, the huge tower designed by Paley and Austin (shown above) 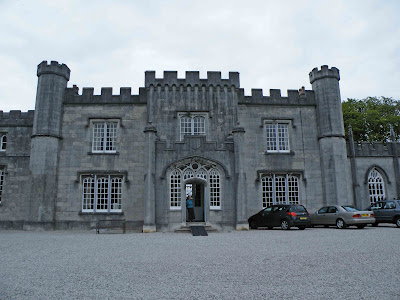 Above. The Gothic porch, possibly built by Thomas Harrison.
Richard Thomas reached a stage in his later life, where he was reluctant to carry out any repairs on the hall, and it slowly started to slide into disrepair. When he finally died, his son Charles Richard Gillow appears to have inherited a fairly run down building. 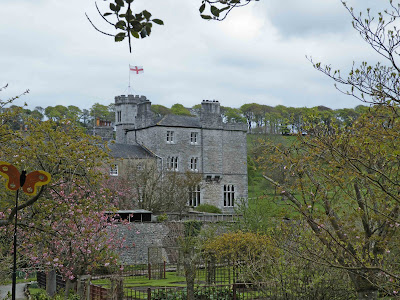 Above. Another view of the Paley and Austin West tower.
Charles took on the running of the hall but died in 1923. When his widow died in 1966, it then passed on to Helen Gillow, soon to become Helen Gillow-Reynolds. The hall is still in the Gillow family, although the family name is now Gillow-Reynolds.
Check the official Leighton Hall web site for further information.
Posted by The Cumbrian Castle listing. at 6:36 pm