This postern tower and gateway can be found at the junction of Gillygate, Bootham and High Petergate. It lays a few feet to the North West of Bootham Bar, and consists of a three storey tower, a portion of wall some three feet thick, and a gateway or postern. 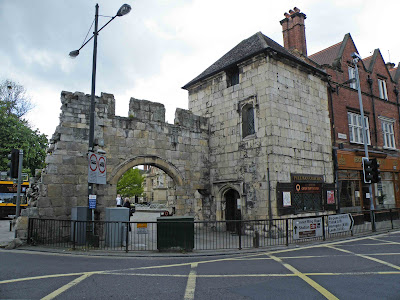 Above. A view of the tower from Gillygate to the North East.
The tower has a gabled roof now, but it appears that the windows on the South East and North West would once have been crenelations on a flat topped tower. 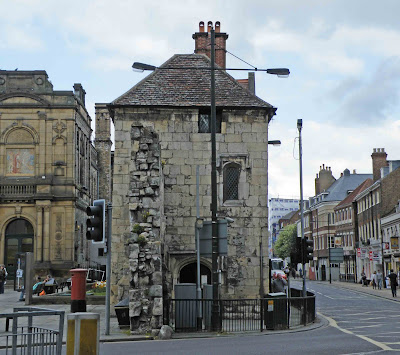 Above. A view of the tower showing the thickness of the wall from the South East.
The tower and its attendant postern marked the point at which the City walls met the precinct walls of the Abbey of St Mary. I'm not sure if their upkeep would have fallen to the Abbey or the city of York. 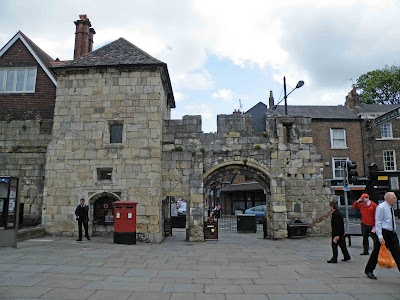 Above. A view of the tower from the South, showing the postern.

The tower and its postern are best viewed from the crossing at Gillygate, and also from the plaza in front of York Art Gallery.
Posted by The Cumbrian Castle listing. at 8:56 pm