This small gateway is situated just a few yards South of the Castle and is attached to the Fishergate Tower. The postern is also referred to as St George's Postern, or Near the Skarletpit. 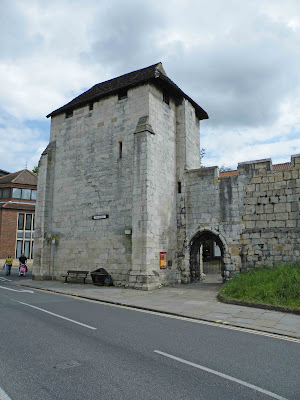 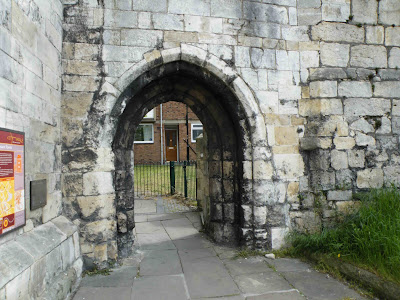 Above. A view of the postern from outside the walls.
It consists of a simple 14th century archway, which was reset into the wall when the adjoining tower was built in the early 16th century. The postern still retains it portcullis slot, suggesting that it would once have been topped by a tower that would have housed any machinery to raise and lower the portcullis. 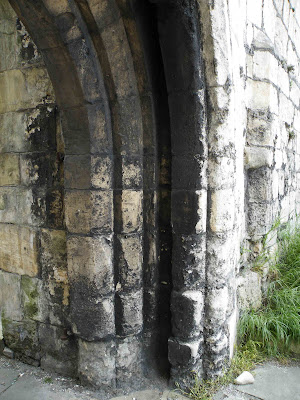 Above. The right jamb of the postern, showing the portcullis groove. 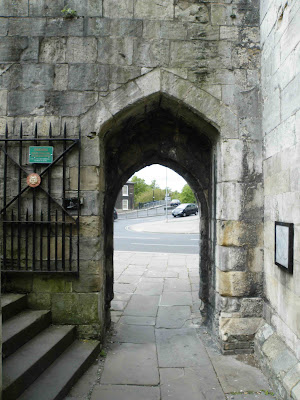 Above. A view of the postern from within the walls, showing the stairs to the wall walk on the left.
Iron hinges that would have had doors mounted on them, can still be seen.
Posted by The Cumbrian Castle listing. at 7:06 pm