This fragmentary scrap of a tower can be found about 6 miles to the East of Kirkcudbright, on the A711. The remains can be seen from the main road, but are easily accessible about a quarter of a mile down a minor road. 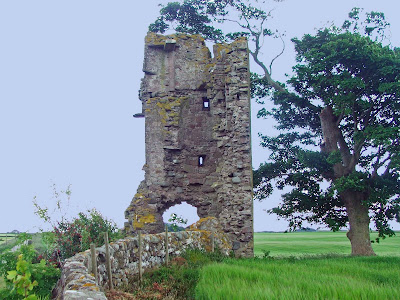 As can be seen from the photos, all that remains is a single corner of a four or five storey tower, with two tiny slit windows, and what could be the destroyed arch of a door. The rest of the tower is gone, demolished and or quarried away over the years. 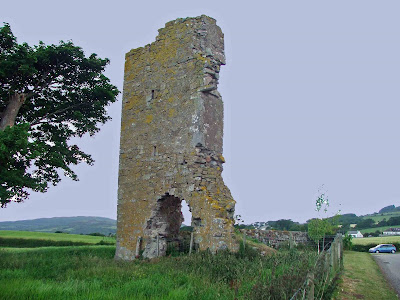 The tower is certainly in a perilous state, and doesn't appear to have had any consolidation work done on it. 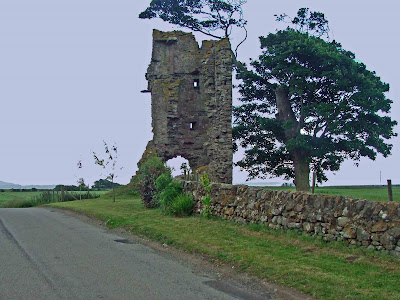 It's thought that it was built sometime during the 16th century, and is said to have belonged to the Scottish Regent, James Douglas, 4th Earl of Morton. James Douglas was one of four regents who oversaw Scotland during the early years of James VI's rule. He was famous for introducing the Maiden to Scotland...a Scottish version of the Guillotine. Ironically, he was executed using the maiden in 1581.

The remains of this sorry tower can be seen freely at the road side.

Posted by The Cumbrian Castle listing. at 6:23 pm

Is this opposite cottages at Cowcorse - lived in the cottages when I was a kid.