The beautiful and well preserved tower can be found just off the A711 about seven miles East of Kirkcudbright, and about a mile and a half South of the small village of Palnackie. The tower sits on a gentle slope that leads to Orchardton burn which runs a hundred yards or so away. 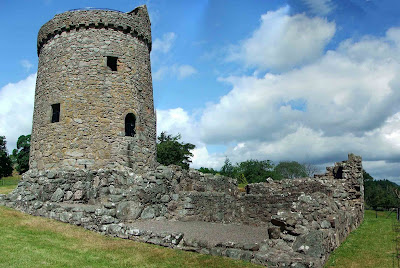 The tower is unique Round tower (in Scotland). The almost perfect condition of this tower also makes it something special. Not only are the outer walls intact, all the windows and their surrounds are present, the interior staircase leading to all floors is intact and usable, and there is a small portion of the wall walk at the very top that can be accessed. The only items missing are the timber floors and the roof. There are even the remains of storage and external buildings, including a vaulted storage cellar. 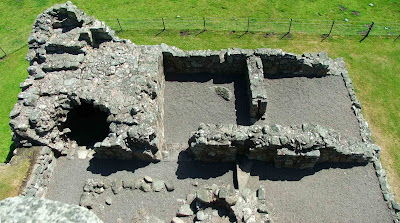 Originally the tower would have had a curtain wall surrounding the small courtyard area, but this has been reduced to ground level in most areas....although there are a few parts that are above ground but turf covered. 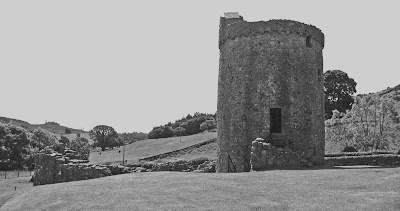 Climbing the narrow spiral stair case, brings you right to the top of the tower. 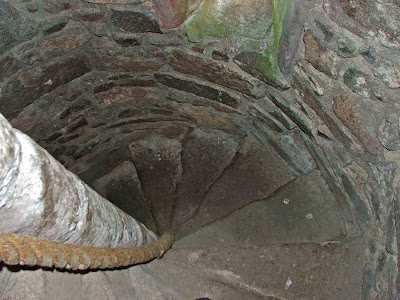 Here there is a tiny gabled cap-house, which brings you out onto the wall walk. 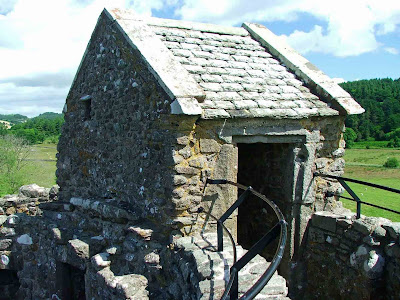 This would originally have given you access to the whole circumference of the tower....however only a small portion is now walkable. The views from the top are stunning. 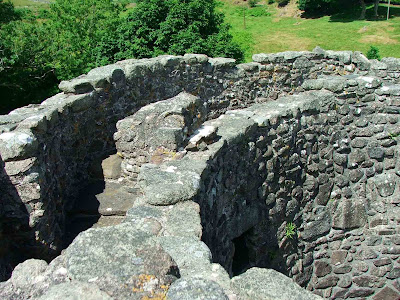 The walls are around 9 feet thick, especially at the base, although they look a little narrower the higher you go! The entrance is via a stone staircase, although it's unlikely that this is original. Entry, when the tower was being used, may have been up a set of wooden steps that would most likely have been collapsible. 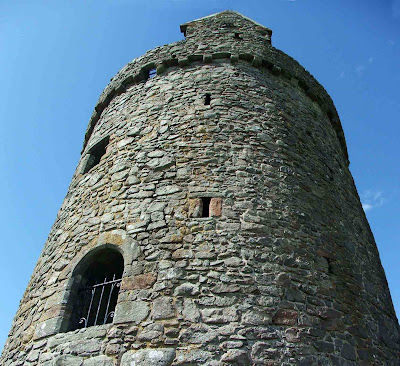 The tower was probably built sometime after 1546, when John Cairns retired to the area. In 1555, as the result of the end of the Cairns family line, the tower and the lands were transferred to the Crown, until it could be agreed who should inherit the estate. It wasn't until 1615 that the estates were finally released from Crown care, and into the hands of Sir Robert Maxwell, the 1st Baronet of Orchardton. The Maxwell association with the tower continued for 150 years, until the 7th Baronet of Orchardton moved to a newly built mansion nearby. The building of the new mansion unfortunately bankrupted the Baronet, and he sold the estates, including the tower to James Douglas from Liverpool in 1785.

Now in the care of Historic Scotland, the tower and it's buildings are freely accessible.
Posted by The Cumbrian Castle listing. at 6:21 pm