The town defences in Kirkcudbright (castles aside) consisted of walls, ditches and earth ramparts. These basic structures were built prior to the 1540's as defences against attacks by the English. The defences utilised natural marshes on the South West, South and East of the town.....areas now occupied by St Mary's street and St Cuthbert's street, and were re-inforced by a wall that ran to the East of the church, roughly following High Street to the site of the Meickle Yett. The Yett was the main entrance into the town, and its original position can be traced today by the survival of two marks in the road, half way up High Street. The yett was rebuilt in 1590...possibly as a more heavily defensible structure. 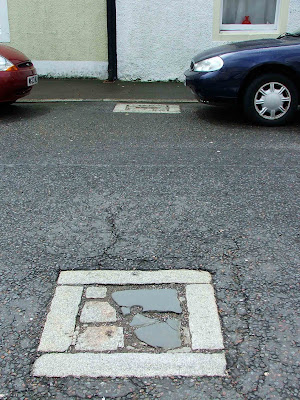 The yett was removed from this spot around 1780, and rebuilt in the church yard. 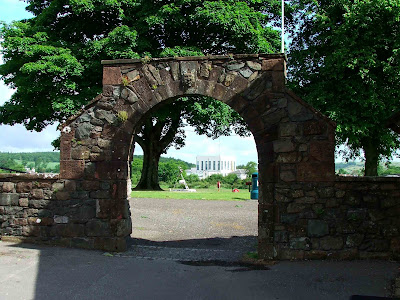 Up until the 1850's, parts of the defensive ditches were still visible, but these seem to have long since been removed or have simply eroded over time. 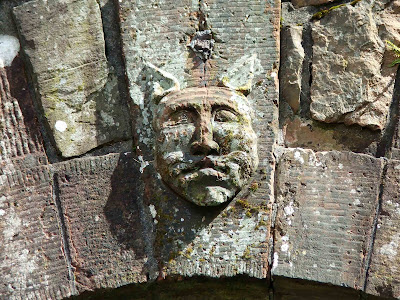 The decorative face carved into the key-stone of the arch is visible from the street. I'm not sure if this is of the same age as the yett though.
Posted by The Cumbrian Castle listing. at 6:19 pm