The tiny church of Greyfriars sits almost in the centre of Kirkcudbright, and only a few yards away from MacLellan's castle. The church and its graveyard sit on top of a motte that on the East side still stands to around 15 feet in height. The West side is now at street level.

It is believed that the Lords Galloway had one of their first castles here, a small motte and bailey fortification....sometime in the 12th century. 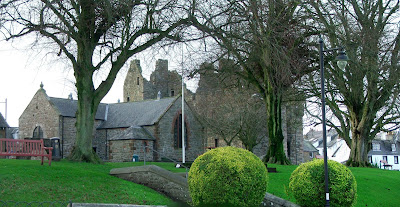 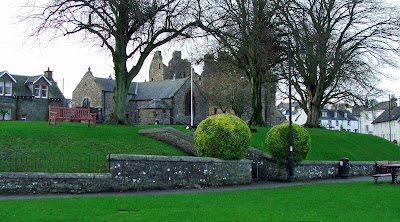 Historical documents indicate that the original motte and perhaps its attendant bailey, would have extended North, underneath MacLellan's castle.
Posted by The Cumbrian Castle listing. at 6:20 pm