Jersey was occupied by the Germans from the 1st of July 1940, until the 9th of May 1945. During this period of occupation, the Germans constructed huge amounts of fortifications using captured Soviet manpower. The Channel Islands were some of the last parts of Europe to be liberated from German occupation. 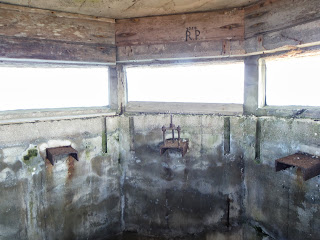 The fortifications on Jersey, formed part of the German's immense Atlantic Wall, a line of fortifications that ran all along the coast of Scandinavia and Western Europe.....a defensive line meant to prevent or slow down an anticipated Allied invasion of mainland Europe. The castle of Orgueil, also known as Gorey Castle, over looks the harbour of Gorey, and was constructed in 1204. The castle was almost impregnable until the introduction of gunpowder. Nearby Mont Saint Nicholas overlooks the castle from the West and rendered the castle useless. Between 1548 and 1549, the castle was updated and brought into line with many fortifications in Europe with the construction of artillery platforms. 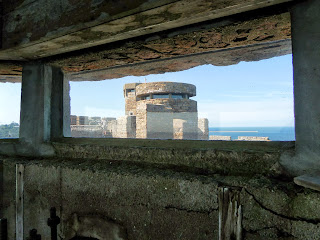 During the German occupation, many fortifications were added to the castle to enhance it's defensive position. The Germans managed to blend their concrete additions into the fabric of the castle, leaving us with the building we see today. 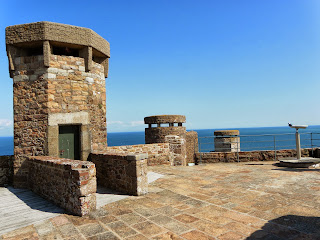 These days the castle is a huge tourist attraction. See the Jersey Heritage web site.
Posted by The Cumbrian Castle listing. at 7:57 pm