Skipton Castle
Skipton
North Yorkshire
Skipton Castle sits to the North of the A6131 as it runs through the North Yorkshire market town of Skipton. An imposing medieval structure, the castle sits above Eller Beck to its North, with a deep ravine providing protection here. To the South, West and East, remains of a moat have been found, although these have since been built over. 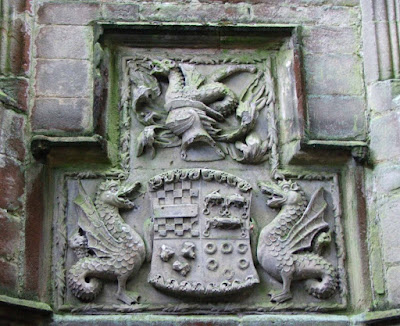 It’s thought that the castle first began to take shape in around 1090 under Robert de Romille, a Baron of William the Conqueror. The original building would most likely have been a simple earth and timber motte and bailey castle. The castle was however, soon rebuilt in stone by William le Fortibus, and it is upon these foundations that the present day castle is founded. Only one 12th century piece of masonry remains, a simple arch, hidden away in the building.

By 1310, the castle had come under the tenure of the Cliffords, a staunchly Royalist family who backed the house of Lancaster during the Wars of the Roses. Under the Cliffords, the castle underwent many changes; with the addition of massive stone drum towers in the bailey area, and the building of a curtain wall to encase further buildings within the castle’s protective walls. Robert Clifford was responsible for much of the building work done during this period, but he was killed at the Battle of Bannockburn in 1314. Roger Clifford, his son, too over the castle, and continued with the re-enforcement of the defences.

Robert’s and Roger’s defensive improvements can still be seen today. After walking through the gateway, which was a later addition, the first of the two huge drum towers can be seen straight ahead. 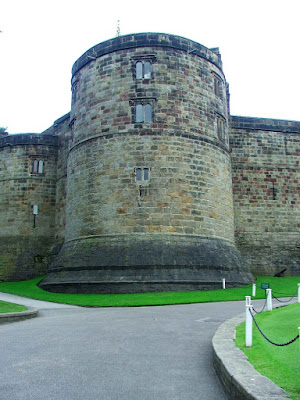 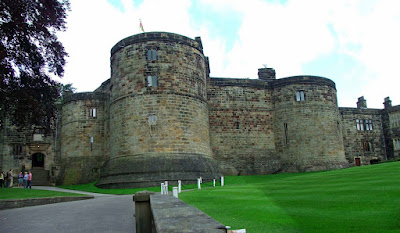 To the left of this tower one half of the original 12th century gatehouse can be seen, half of the tower protruding from the wall. Its opposing tower is hidden behind the later 17th century entrance built by Lady Anne Clifford. The two towers are shown here. 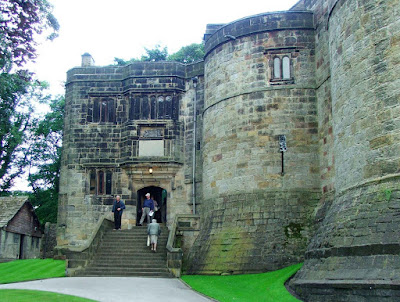 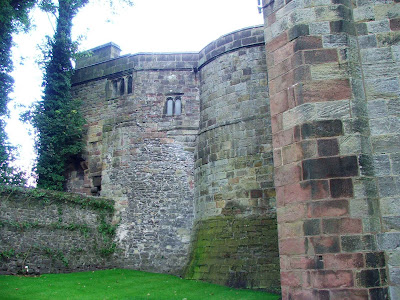 The rest of the drum towers, including the right hand one in the first photo, are all dated to the 13th century. Inside the castle, the main drum tower, the first one to be seen, shows the scars of Cromwell’s ‘slighting’. The tower was demolished down to the first floor, and upon Lady Anne Clifford’s rebuilding between 1657 and 1658, the walls are half as thick so as to adhere to Cromwell’s instructions not to make the castle a defensible structure. 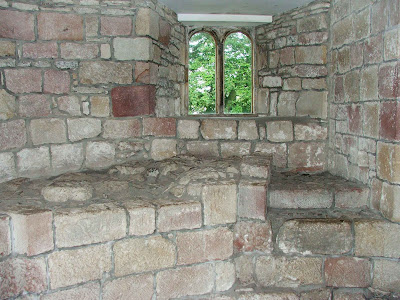 The castle gatehouse was built around 1485, when the castle was returned to the Cliffords after the Wars of the Roses. The gatehouse consists of four large round towers, with apartments built in between them. Topping the embattled parapets of the towers the Clifford motto can be seen….”Desormais”, Henceforth. 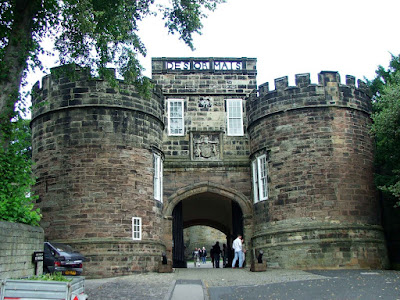 The large windows in the gatehouse demonstrate the fact that this was not built, or rebuilt, as a defensible structure. The wooden doors do however bear the marks of the Civil war siege. High up on both doors, small now filled wooden holes can be seen, possibly indicating niches that were used to fire muskets at the attackers. 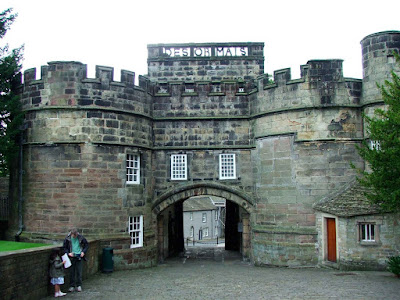 The castle is built around a small courtyard, called the Conduit court, and consists of a Hall, kitchens, apartments store rooms, as well as passageways to the drum towers, dungeon and document store rooms. 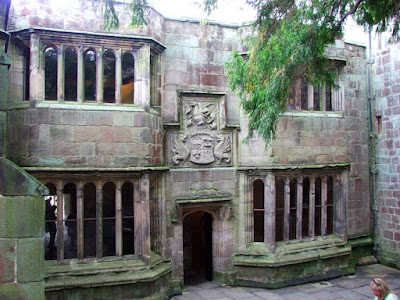 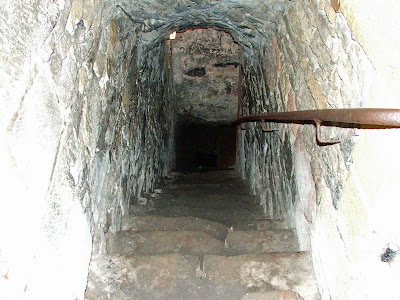 All are in excellent condition thanks to Lady Anne Clifford, who was allowed to restore the castle between 1657 and 1658, after the Civil War. Cromwell’s instructions were that the castle could be rebuilt on the condition that the walls that were rebuilt were not strong enough to resist cannon shot, and that any roofs that were replaced, were not strong enough to support cannons. He was determined that the castle should not be used as a military stronghold again. The siege that his army put the castle under, lasted nearly three years (1643 to 1645), and during this time the castle was nearly completely destroyed, leaving little work for his men when they came to slight the remains.
About two miles to the North West of the castle, high up on the hills overlooking the town, a civil war battery can still be seen. This area, just over the brow of the hill, gave Cromwell’s parliamentarian troops the ideal position from which to fire directly into the castle. The castle’s occupants would not have been able to see the battery, as it is built just out of sight, however, the cannons sited here would have been able to fire repeatedly at the castle pretty much unopposed. The battery consists of a raised area of land, perhaps 40feet by 40 feet, and about 2feet high at its tallest point. There were another two battery sites in the town, used to bring cannon fire down on the castle. One was sited directly to the South of the castle and now has a housing estate built on it, and the third one has been lost, with no records stating where it was.

The walk around the castle gives the visitor unblocked views of the castle from all angles. Leaving the castle gatehouse and turning left up the A6131 affords great views of the thin curtain wall, rebuilt by Lady Anne Clifford, and the one remaining bastion tower. However, the best views can be had, when taking the river side walk to the North of the castle. Eller Beck, as mentioned above, provided a natural barrier against attack, and it is this walk that gives some awesome views of the rear end of the castle. High up above, Elizabethan and 13th century buildings can be clearly seen, demonstrating the difficulty any attacker would have faced. 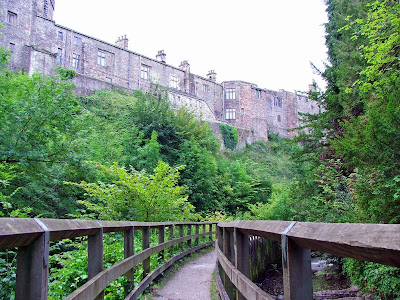 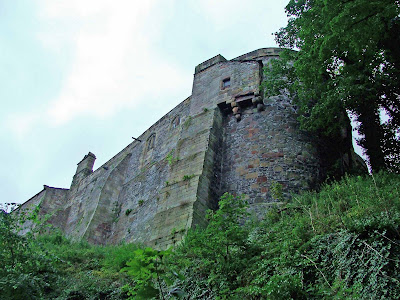 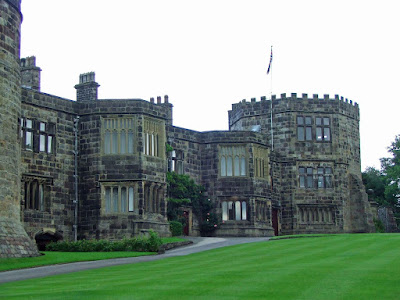 The castle is open daily from 10am (except Xmas day)

Posted by The Cumbrian Castle listing. at 4:14 pm