Gas lamps in Kendal
A 1767 act of Parliament allowed for some of Kendal Fell to be enclosed and administered by the newly formed Kendal Fell Trust. The area enclosed covered around 158 acres, and the trust were empowered to let out the land and collect rent. The act of Parliament stipulated that this rent should be "for the use of the poor there, and for cleansing and enlightening the streets of the borough." Before the advent of gas to the town, street lighting consisted of some 140 whale oil lamps. These types of lamp weren't very efficient and much of the town remained dark. To upgrade the town's lighting system, Kendal Fell Trust set up the Kendal Gas Light and Coke Company, and the gas works were built.
On Monday the 25th of July, 1825, Kendal's gas lamps were lit for the first time. A procession was held, marching through the town to celebrate this great leap forward, and it was attended by thousands of onlookers. By 1860, Kendal had a grand total of 132 lamps working on gas. It's reputed that the first lamps were not up to much, and a joke of the time referred to "lighting a candle to see whether the gas is burning or not".
There are only a few of these gas lamps left dotted around town, and none of them seem to be complete. The ones that I've managed to find are all here, with a brief description of where they can be seen. 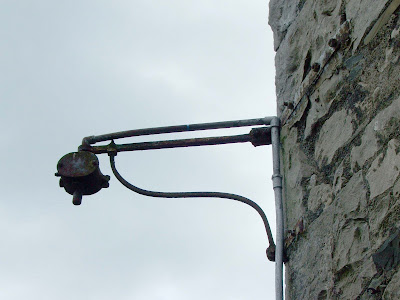 Gas lamp on the Syke. 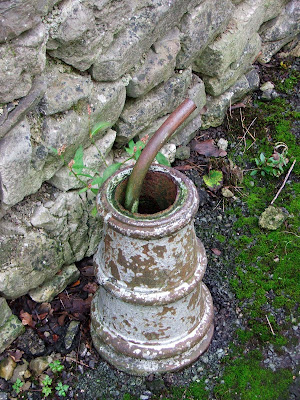 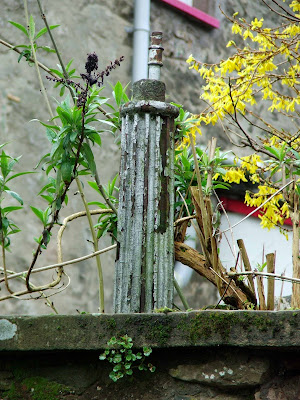 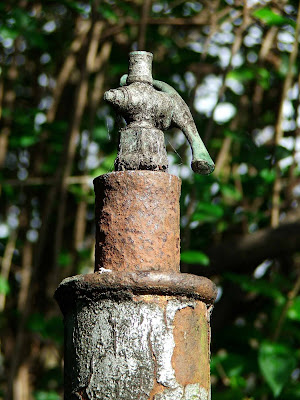 Close up of valve on gas lamp on the River Side near Bridge Mills. 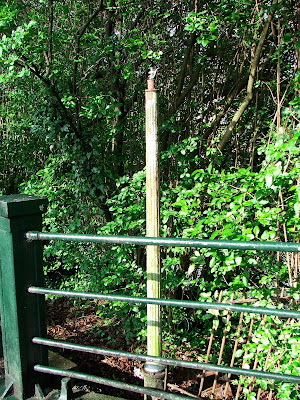 Gas lamp on the river side near Bridge Mills. 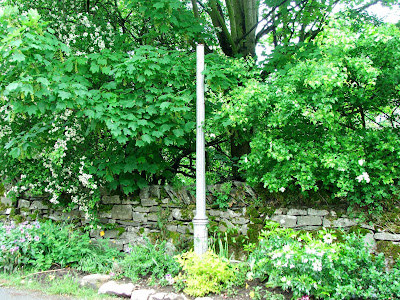 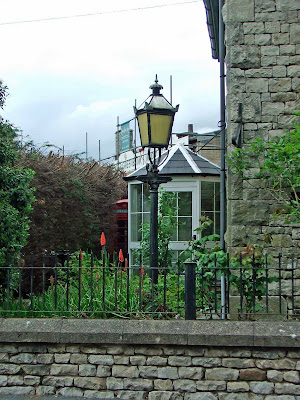 The gas works were built next to the Kendal to Lancaster canal, with a dedicated wharf where coal could be delivered to the works. The gas works had two holders, one being the reserve supply, with a combined capacity of twenty two thousand cubic feet of gas. In 1849, Kendal Gas Light and Coke Company became known as the Kendal Union Gas and Water Company. The company has long since vanished, as have most of the buildings. The two gas holders have gone, but some stores, offices and workshops still exist on the site just off Park Side road. One piece of the site has been re-located to the Abbot Hall museum. The facade of the meter house, designed by Francis Webster in 1825, was finally moved from the gas works to its new home when the site was cleared in 1984. 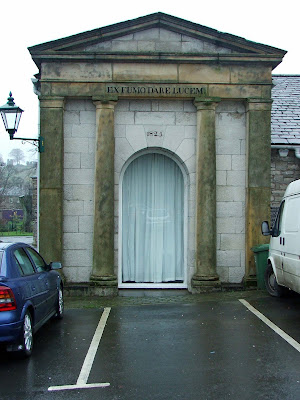 The inscription on the head of the facade reads " Ed fumo dare lucem" which means "from smoke let light break out".

There are two gas lamps, both probably original, at Colin Croft in the middle of Kendal. 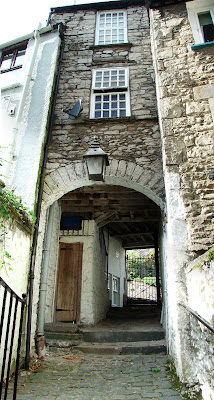 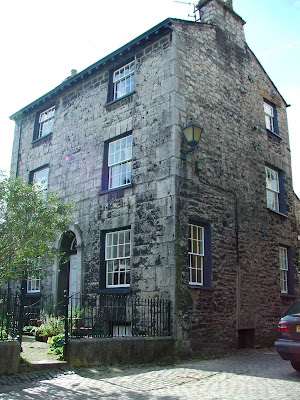 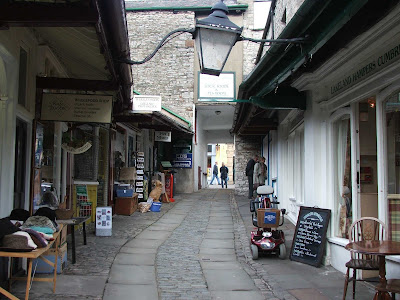 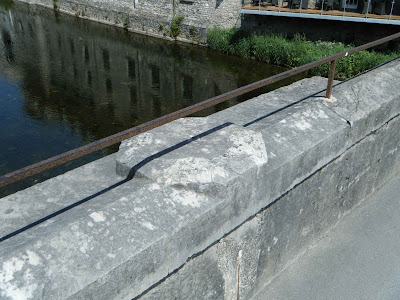 Stramongate Bridge. Only the filled in hole on the parapet now remains. 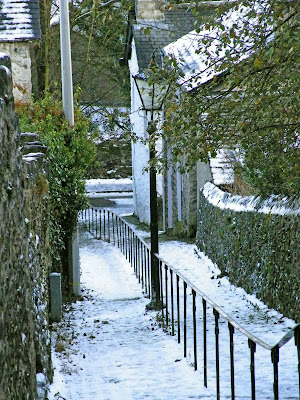 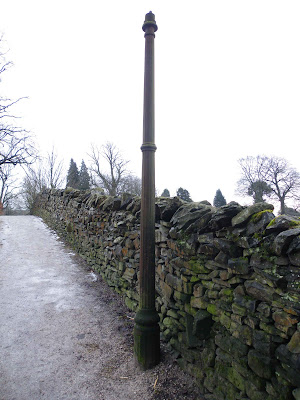 Park Side Road Cemetery.
Posted by The Cumbrian Castle listing. at 8:46 pm