Nether Bridge
Kendal
Cumbria
Nether Bridge joins Kirkland to Lound Road and Aynam Road. The bridge is a three arched structure spanning the River Kent, made up of essentially three bridges, replacing an old ford that can still be seen to its North. Above. A view of Nether Bridge from Milnthorpe Road looking North.
The name Nether is derived from the Anglo Saxon word Neothera, meaning Lower. The name indicates that this bridge was at one time the last bridge in town. This is now no longer the case, as the Romney Road bridge is the last bridge. 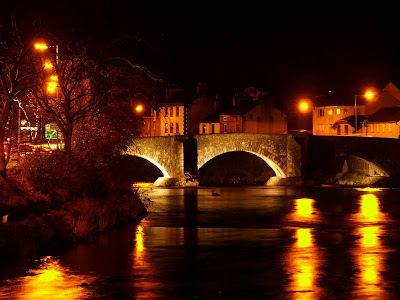 Above. Nether Bridge at night.
The earliest known name for the bridge, albeit an earlier structure, was the Caput Pontis, or the 'head bridge'. A document dated 1376, states that permission had been granted to the town of Kendal, to charge tolls for traffic crossing the bridge. This right of Pontage raised money for the upkeep of the bridge. 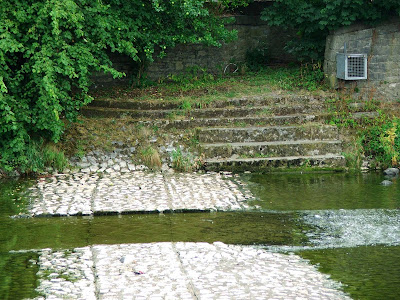 Above. The steps down to the ford on the East bank of the Kent.
The document also states that the bridge was only wide enough for one cart to cross at any one time. The pointed alcoves that can still be seen today, would have allowed people to stand out of the way of passing carts as the crossed over the bridge. 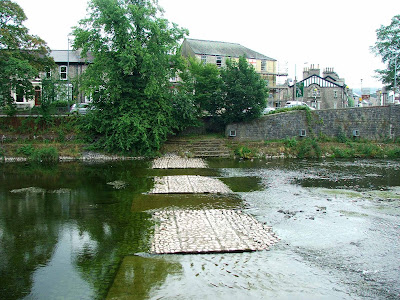 Above. The ford across the Kent.
Before the turnpike roads connected Kendal to all the towns in the region, it has been estimated that around 345 packhorses a week came into the town across the bridge, and 30 wagons twice a week from Lancaster alone. 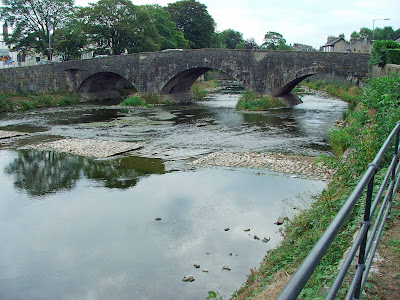 Above. Nether Bridge looking South with the ford in the foreground.
In 1772, the decision was finally made to widen the bridge. Three weeks after the work was completed, and Kendal marvelled at its newly refurbished bridge, the structure was washed away in some of the worst floods the town has ever seen. It was subsequently rebuilt, but whilst work was still underway, wagons, carts and people were forced to use the ford that can still be seen today, running along side the bridge. The steps can still be seen on the East bank of the river. 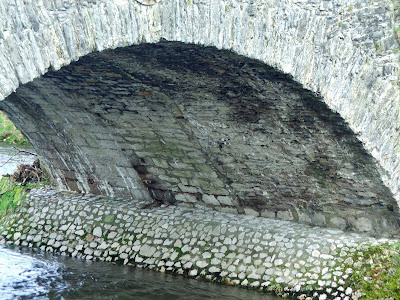 Above. The underside of one of the arches showing the three different periods of widening.
The bridge was further widened again in 1908, and the three phases of building can plainly be seen beneath the arches. The oldest section of the bridge is to the south, the middle section is the 1772 work, and the north section is the 1908 work. 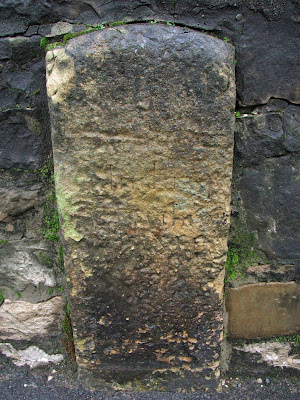 Above. The much worn mile stone on the Western wall of the bridge.
On the Southern corner of the bridge, where Milnthorpe Road starts, a weathered mile stone can still be seen set into the bridge's wall.The stone probably dates from the 1700's, and is so badly eroded that it's impossible to read what's written on it.
Posted by The Cumbrian Castle listing. at 5:51 pm