Bee Boles
Old Booth's carpark
Kendal
Cumbria
Bee boles are rows of recesses, most often built into South facing walls, in which a skep, a coiled straw bee hive would have been stored in the winter months. They can typically be found in all shapes and sizes, anywhere throughout the UK. These particular bee boles are situated in the wall that divides the old Booth's carpark from yard Yard 39\Tanner's Yard. There are three boles surviving. Each arched bole is about 1.25 metres high and wide and lined with lime plaster. It's thought that these particular boles were built in the early 19th century. 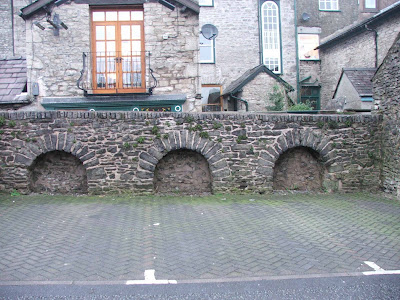 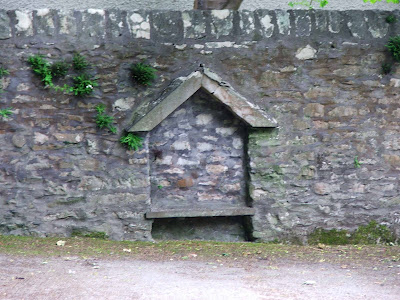 The above photo shows a possible bee bole in the wall of Chapel House at the top of Beast banks in Kendal.

The IBRA Bee Boles Register has a good variety of bee boles from around the UK.
Posted by The Cumbrian Castle listing. at 8:24 pm