The Scotch Gate, otherwise known as the Rickergate (Richard Gate) stood at the East side of Carlisle, somewhere around the modern day junction of Scotch Street and Rickergate. From contemporary etchings and paintings, the tower looks to have been a three story structure, with the gateway shut off by two huge wooden doors, and a first floor and second floor above possibly used as a debtors prison in its later life. 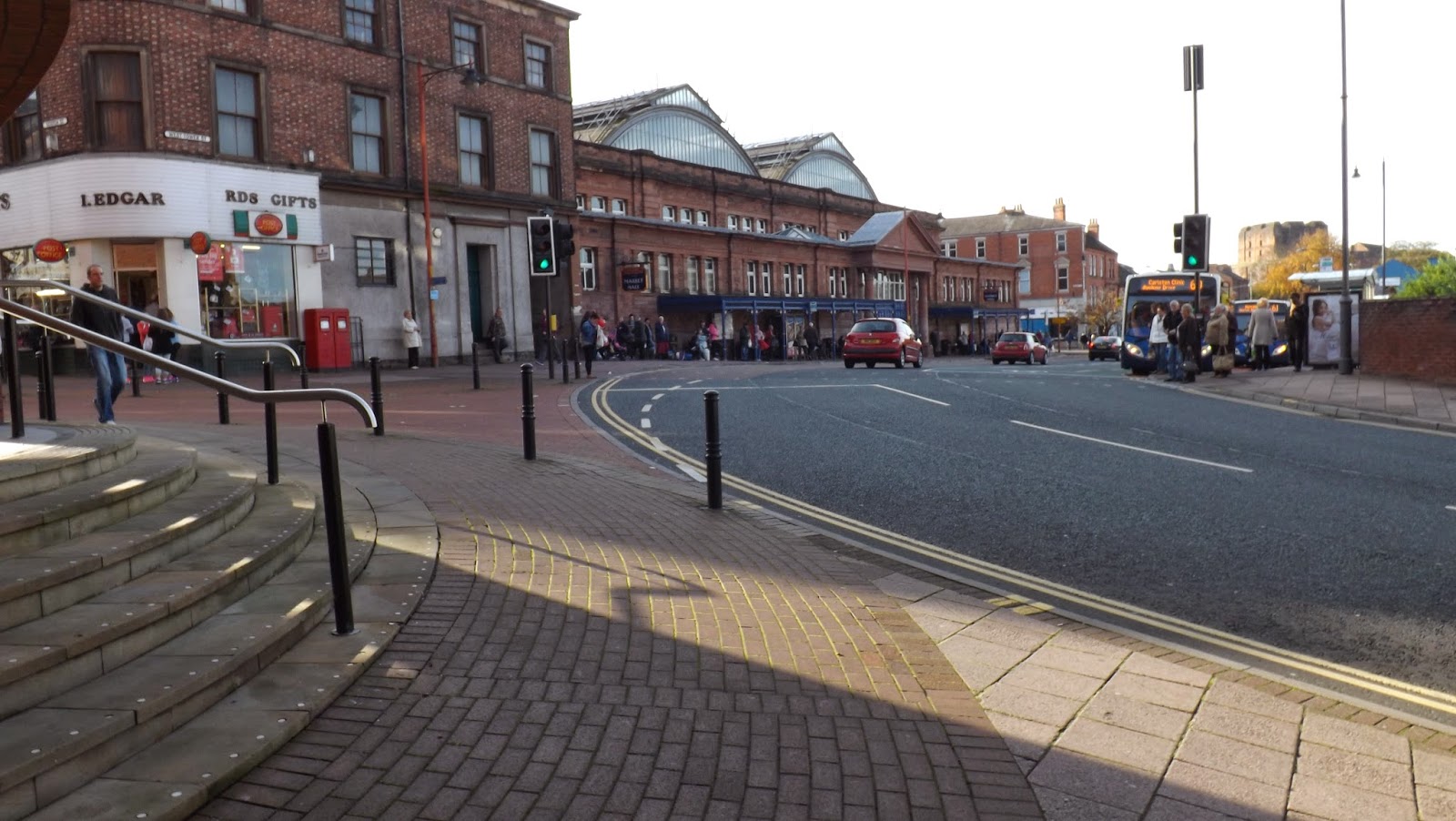 Above. The junction of Scotch Street and Rickergate (or Richard Gate) the site of the Scotch Gate.


Unfortunately for us, the only pictorial representations of the gate all appear to have been rendered from within the city walls. I've not been able to find any images showing how it would have looked from outside the city walls. 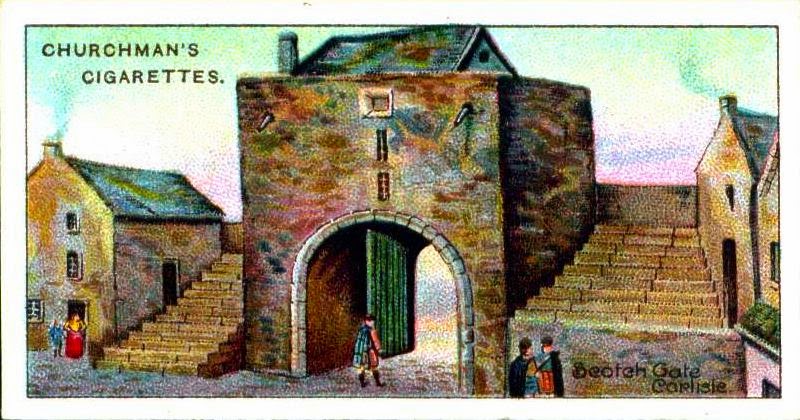 Above. Pictorial representation of the Scotch Gate on a cigarette card. 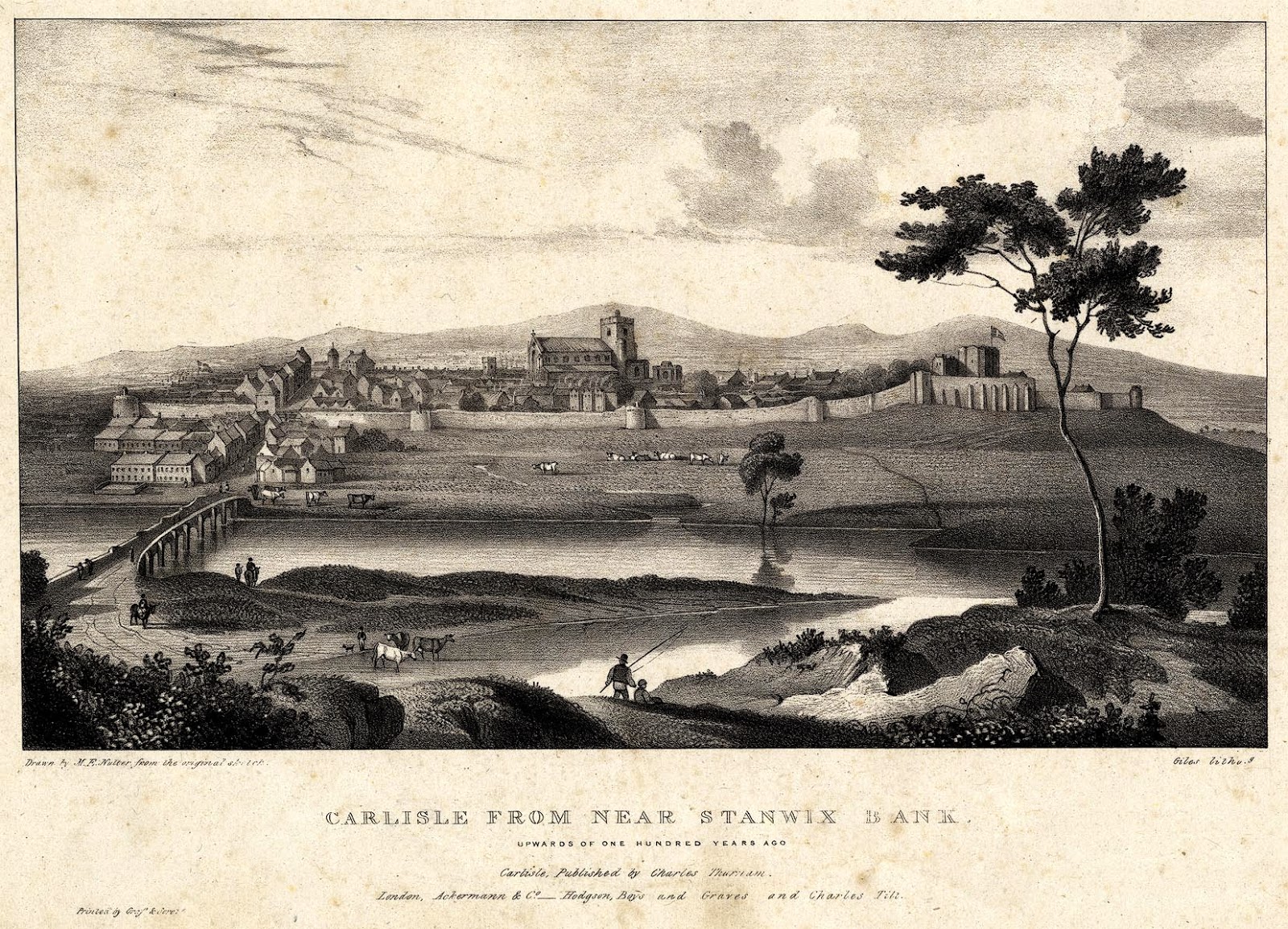 Above. Panoramic view of Carlisle from the East. The Scotch gate is just above the bridge. 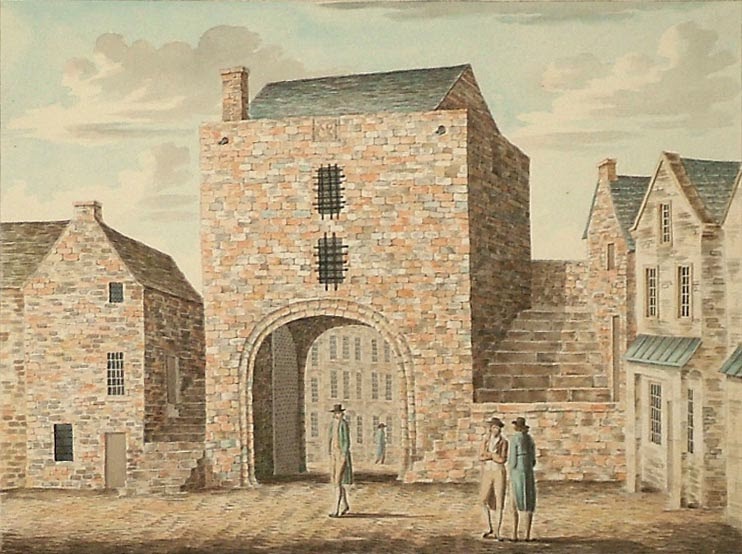 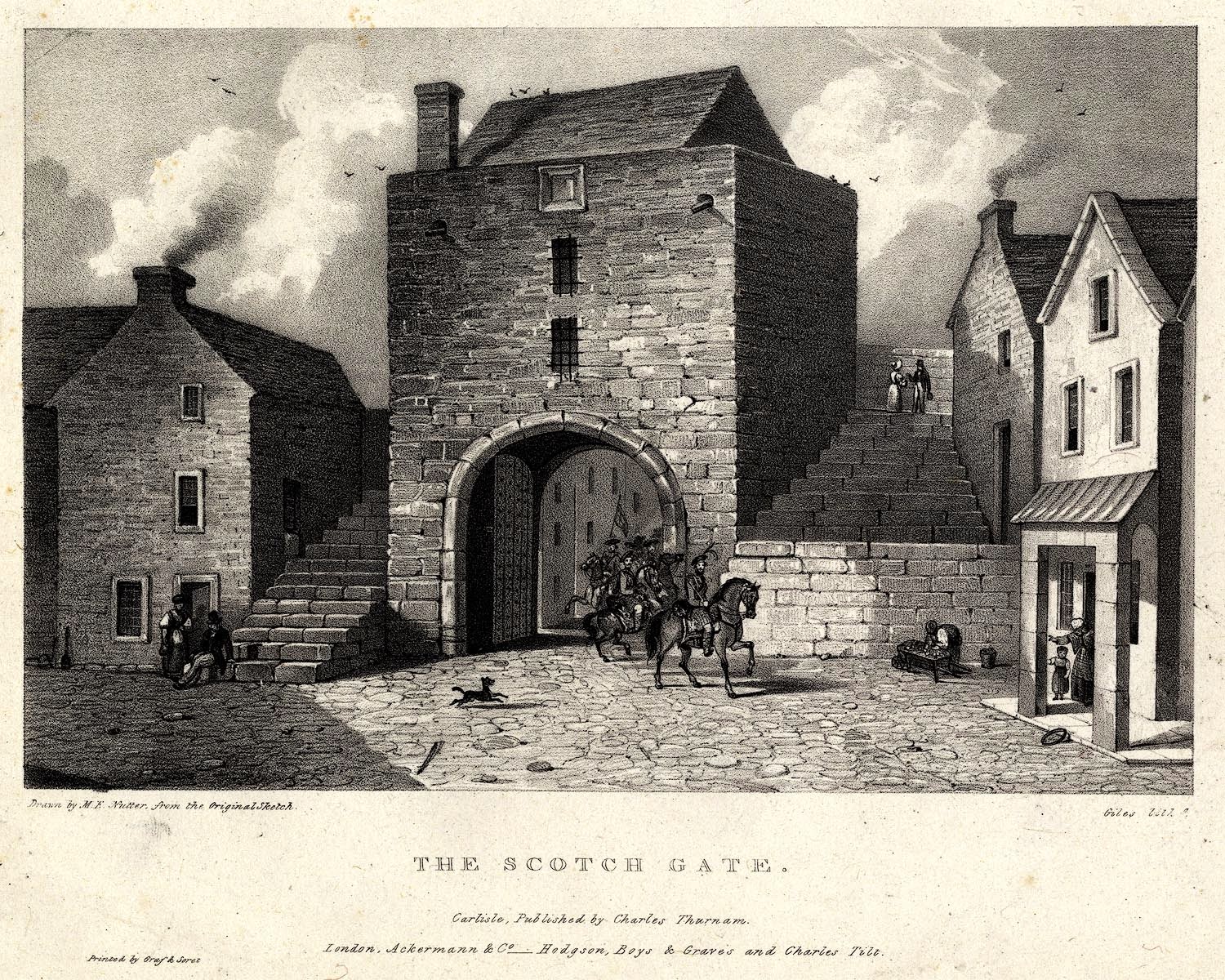 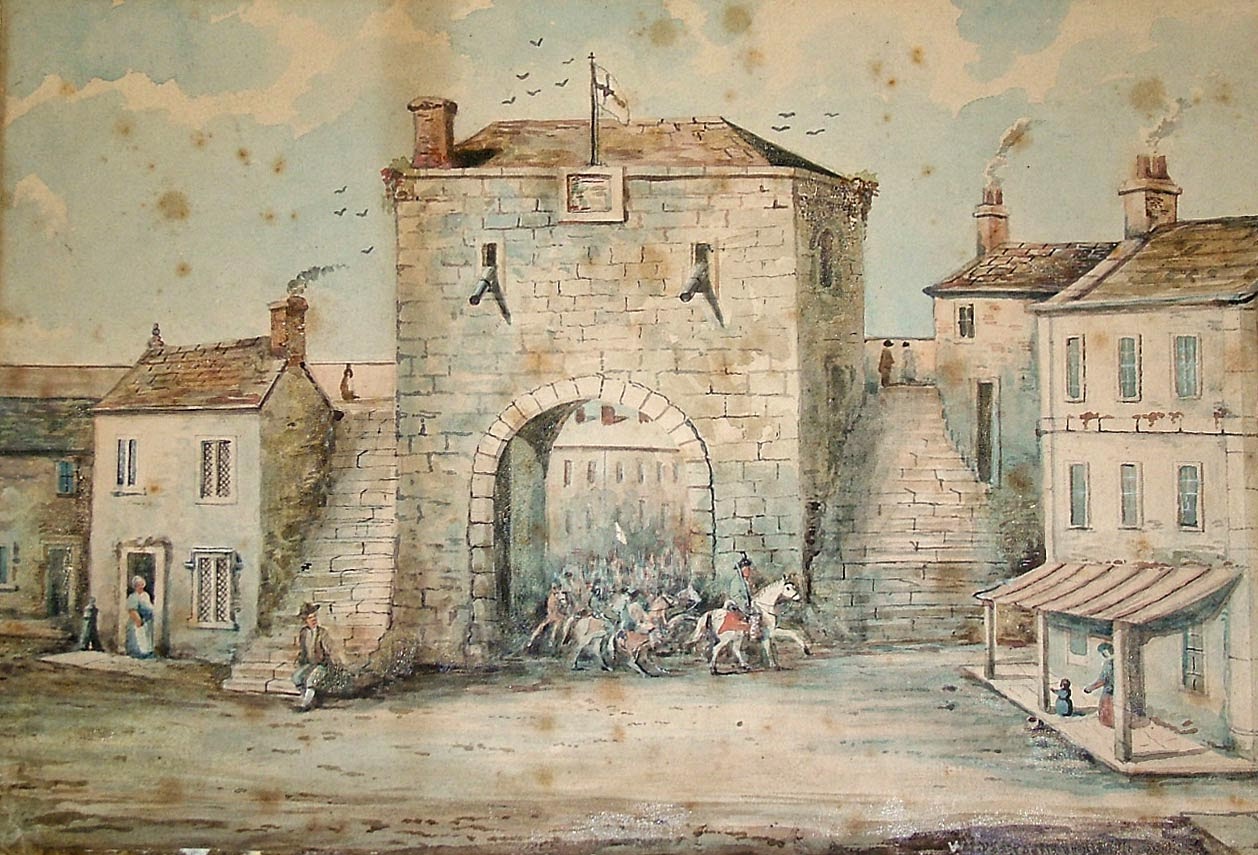 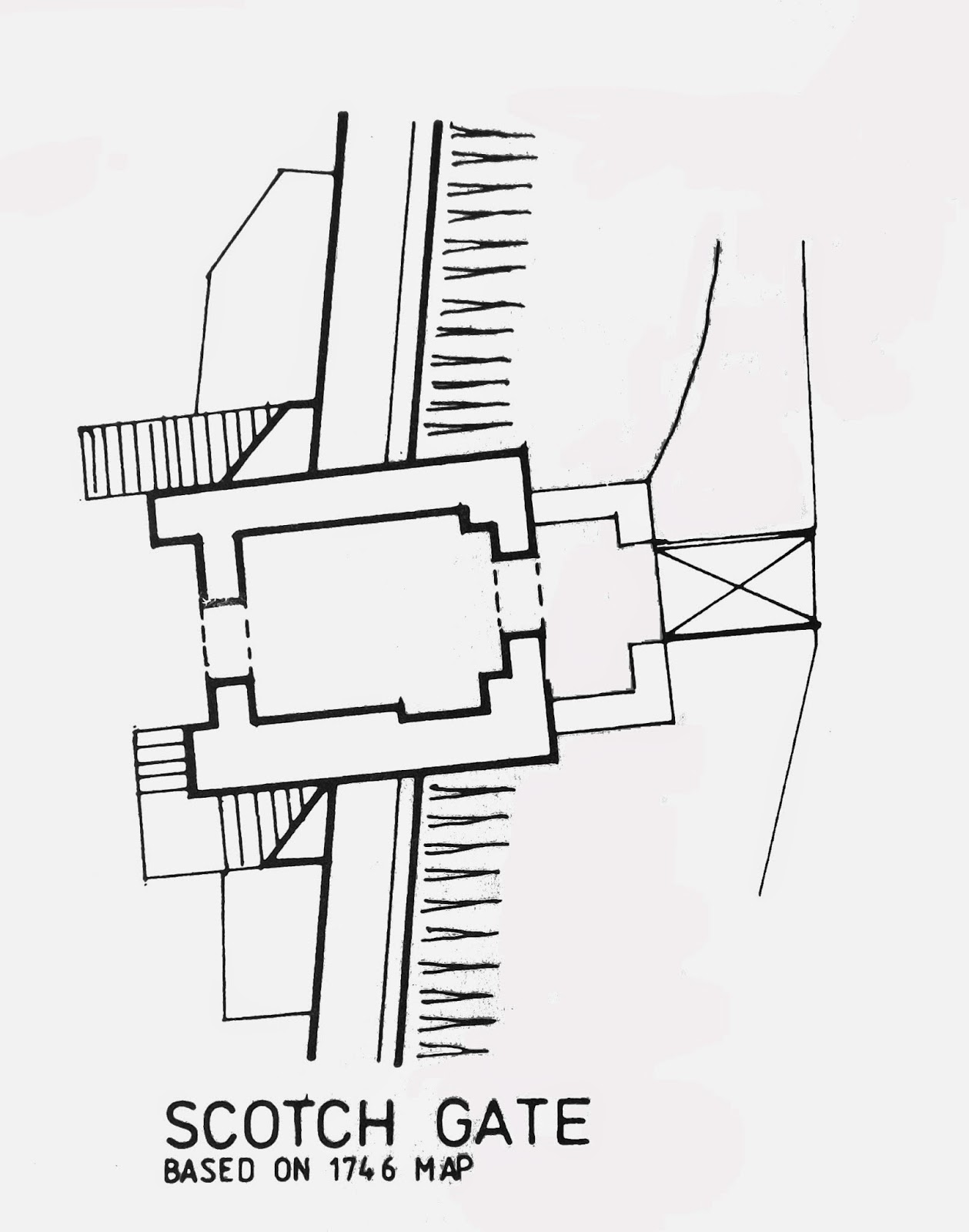 Above. Plan view of the Scotch Gate in context of the city walls.


The Scotch Gate is mentioned in a record of the fortifications belonging to Carlisle, dated 1539, along with the other gates, the Bocher Gate and the Caldew Gate (the Irish Gate). A survey of 1563 stated that the gate was mostly made of wood and was in an extremely poor state of repair. This report may have prompted the rebuilding of the gate in stone. The gate was fully demolished in February 1815, with the stone being used to build a causeway between two bridges that spanned the River Eden.
Posted by The Cumbrian Castle listing. at 10:45 pm