It was widely thought that the Bochard and the English gates were one and the same....one simply replacing the other....however research has now shown that the two were completely separate entities. Both gates were synonymous with the Citadel; the Bochard Gate was the original portal into the city, providing access at the Southern end of the walls, the English Gate, never really a gate in the true sense of the word, was probably more of a sally port, and is strongly associated with the building of the Citadel. 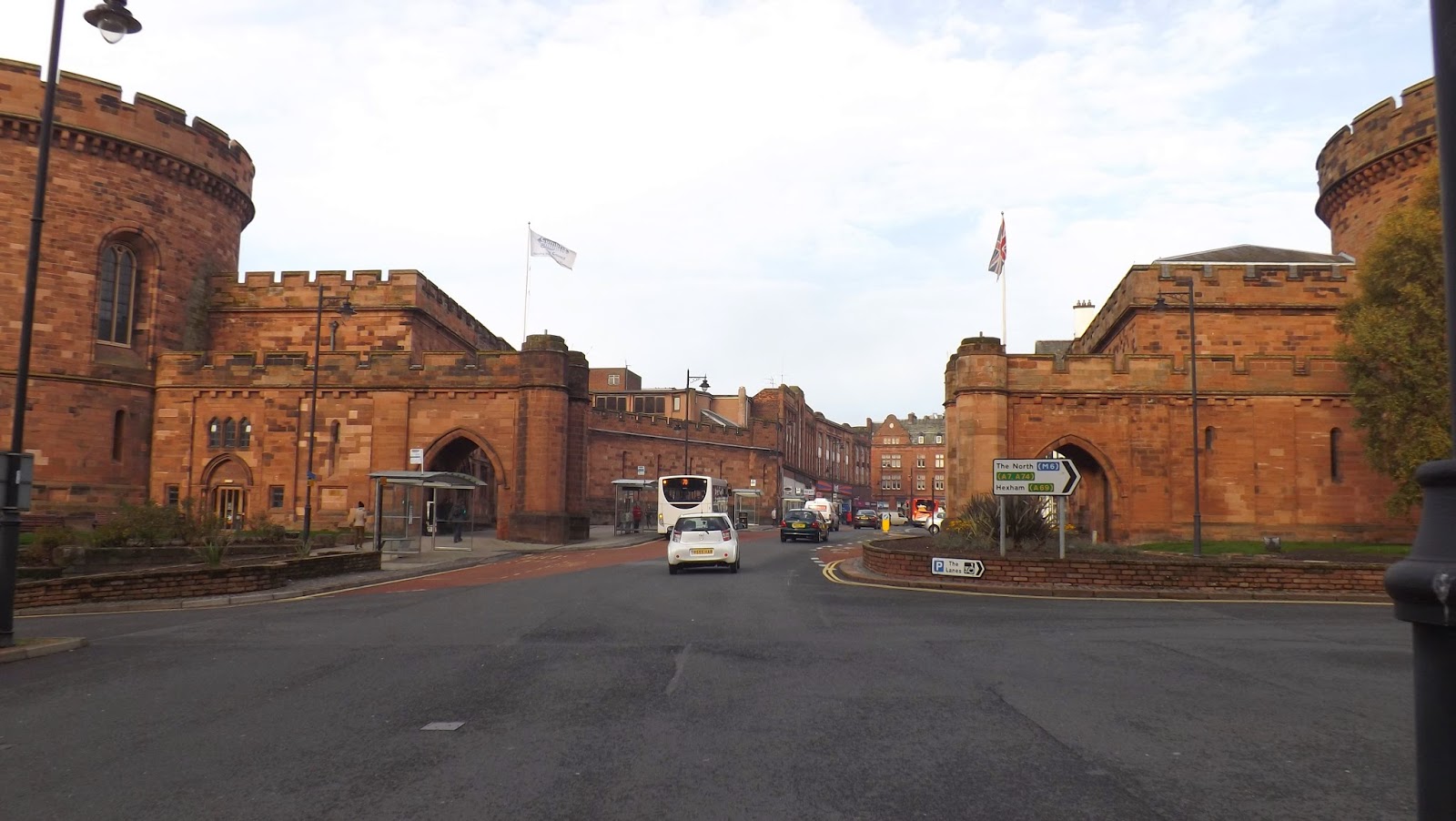 Above. Modern view of the site of the Bochard Gate.


The view above, looking between the West and East towers of the Citadel, represents the site of the Bochard Gate, mentioned in Pipe Rolls dating from 1210. Before the Citadel was built in 1542, the Bochard Gate was the only entrance into the city of Carlisle from the South.

The Bochard Gate was almost completely gone by 1805. A pencil drawing of this period shows at least one wall of the gate still standing. However all traces were removed in 1808, when the new Court Houses were erected, incorporating one tower of the original Citadel. The stone from the demolished tower and the gate, was used to fill in the ditch that existed outside the city walls. Any deep excavations in this area for the road that now runs between the two towers, regularly turns up large chunks of masonry. 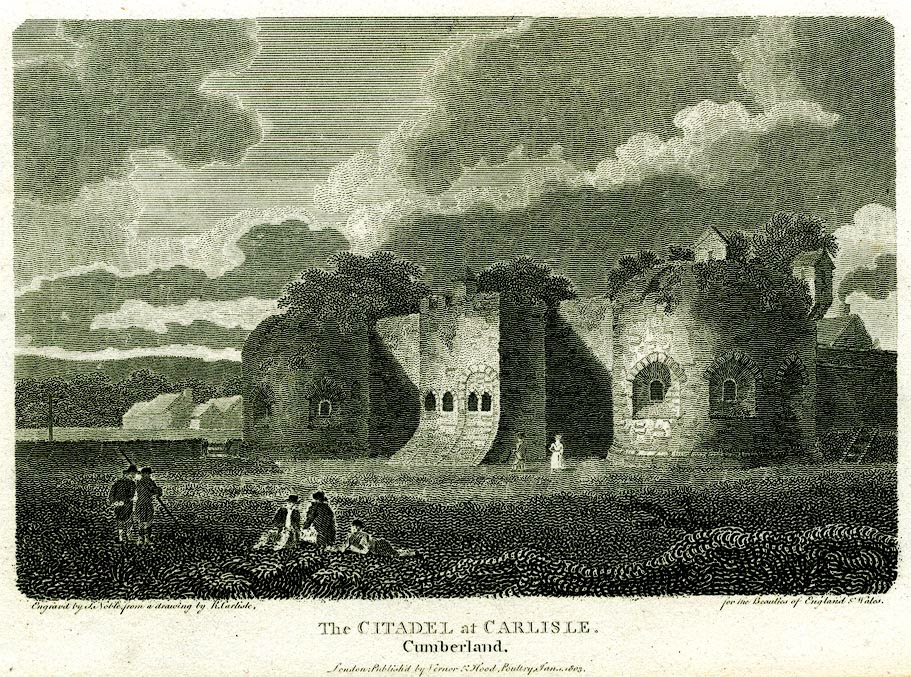 Above. Etching showing the Bochard gate sandwiched between the artillery towers of the Citadel.


The etching shown above, shows the remains of the Bochard Gate sandwiched between the two towers of the Citadel, bricked up and no longer in use as an access point. At this point in time, the English Gate would have been in existence, enabling access to the city in the South Eastern corner of the walls. 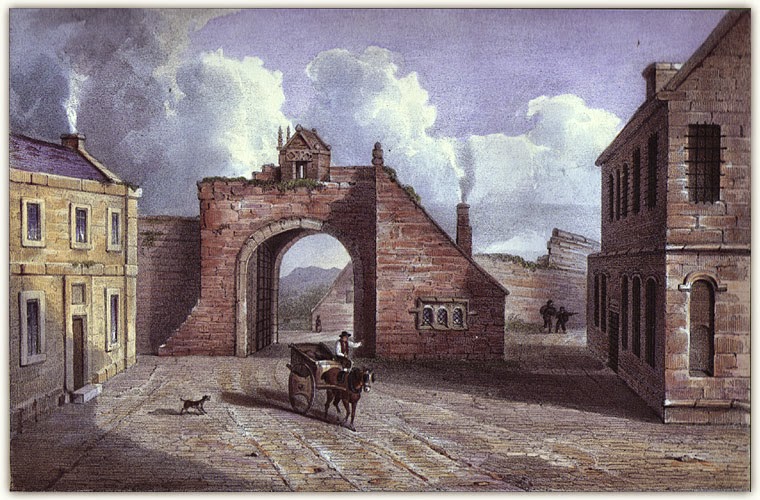 Above. The only image I could find of the English Gate.


Judging by the image above, the English Gate had neither a tower or a wall walk over it...it was simply a gateway through the walls, albeit heavily defended within the proximity of the Citadel. The English Gate was demolished 1811, with the buried foundations removed in 1817. 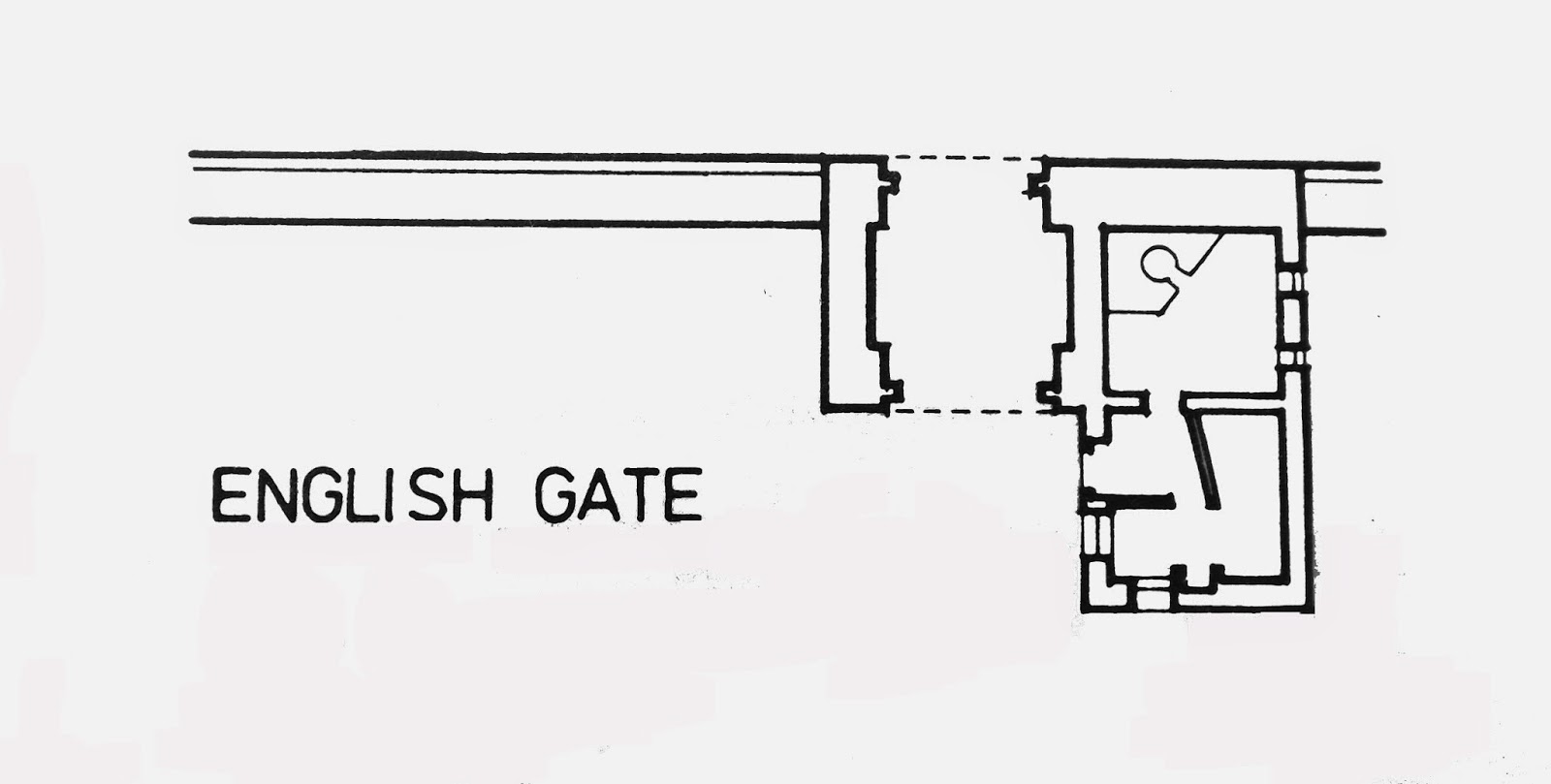 Above. Plan view of the English Gate.


The English Gate appears to have a small vestigial barbican, strangely built within the walls, more likely providing support for hefty gates.
Posted by The Cumbrian Castle listing. at 9:05 pm