Carlisle Castle
The oratory and cell


On the second floor of the keep at Carlisle, are some tantalising remnants of Carlisle's long history and its interactions with both the kingdoms of England and Scotland. The room contains a pair of tiny ante-rooms, now locked safely behind a glass door. To the left of the room, the heavy oak door can still be seen, now mounted on the wall. To its right, the entrance to King David I's oratory can just been seen disappearing to the right. In this room, on 24th of May, 1153, King David died, At his death, his obituary described him as "David, son of Mael Coluim, King of Scotland and England." 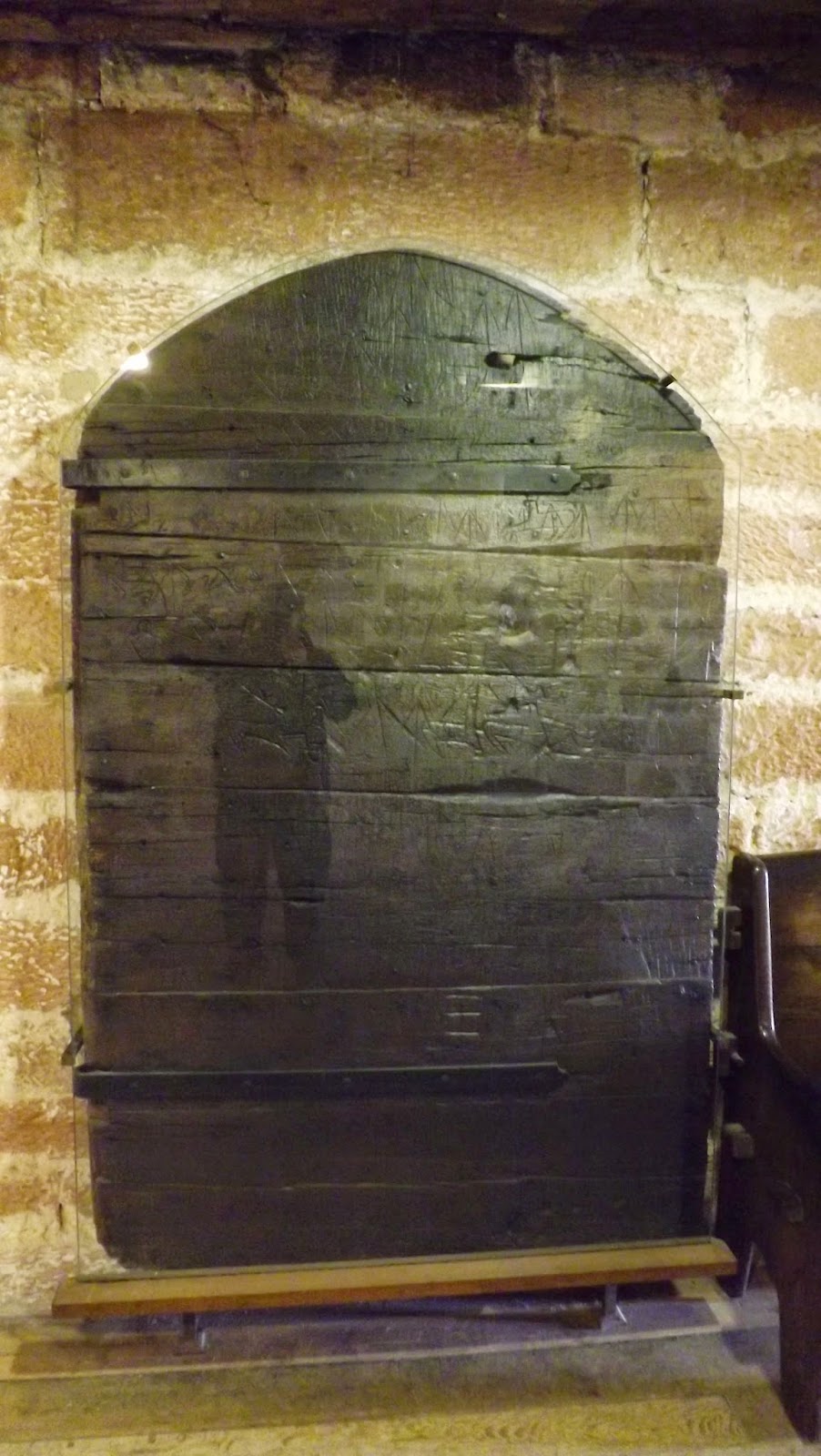 Above. The door to King David's oratory, now hung on the wall. 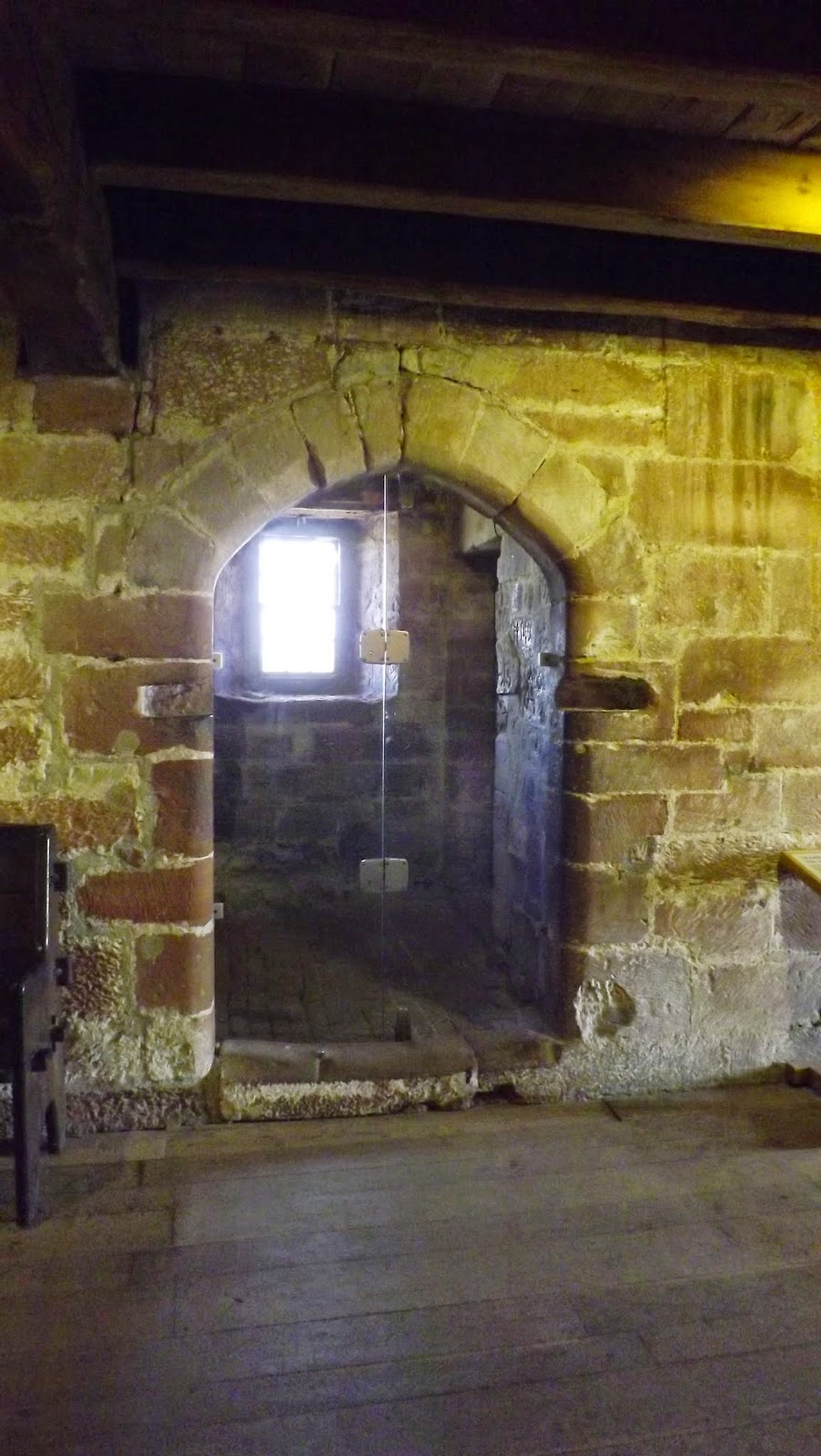 Above. The entrance to King David's oratory, now protected behind a glass door.


As well as these two tiny room's historical connections with Scottish Royalty, the walls also contain some fantastical carvings, dating from the Wars of the Roses (1455 to 1487). Some of them were carried out in almost expert hands, and represented the familial badges of those lords whom the prisoners may have owed allegiance to. 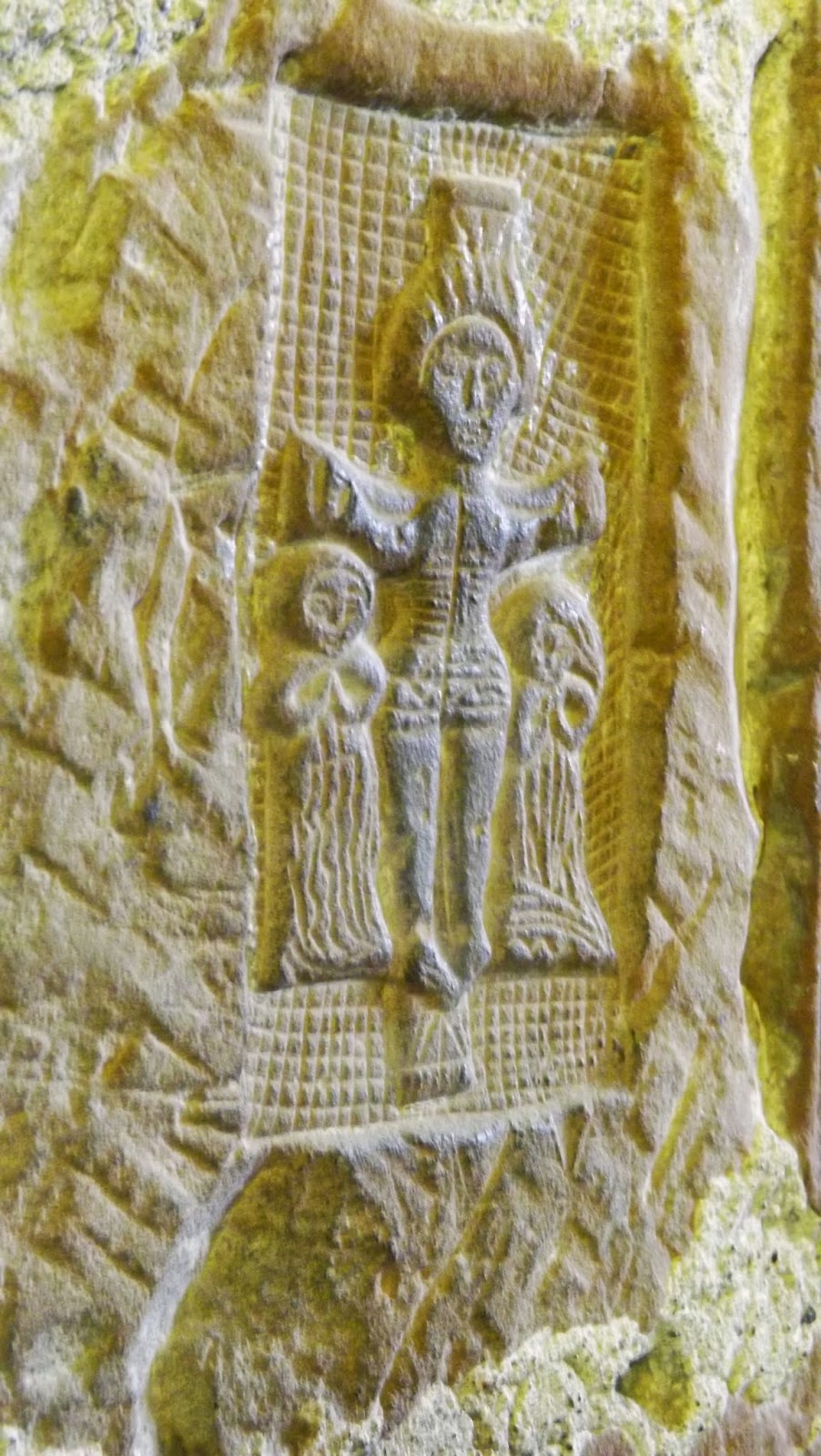 Above. Christ on the cross, with Mary Magdalene and the Virgin Mary at his sides. 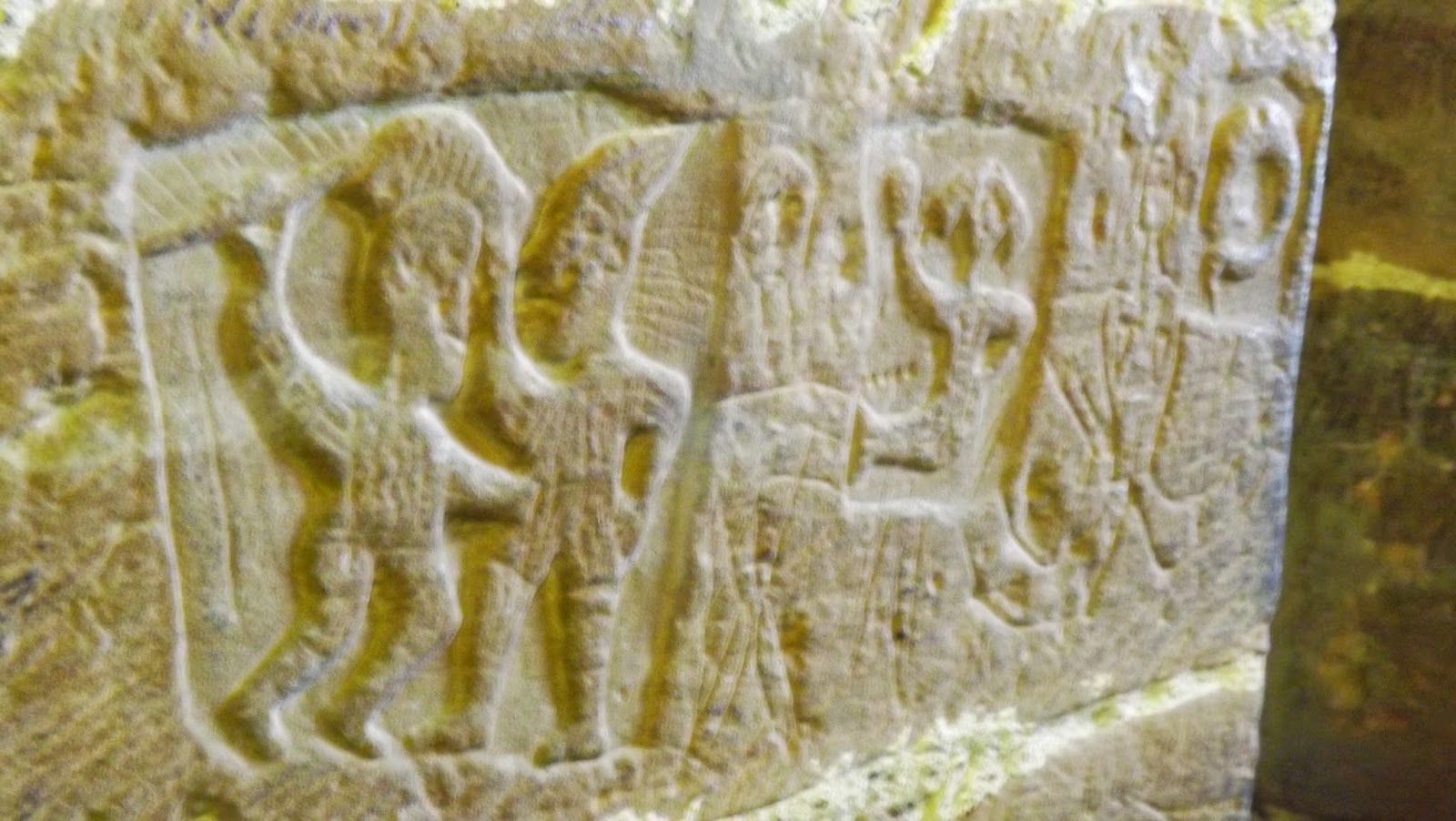 Above. Two warriors fighting with clubs. 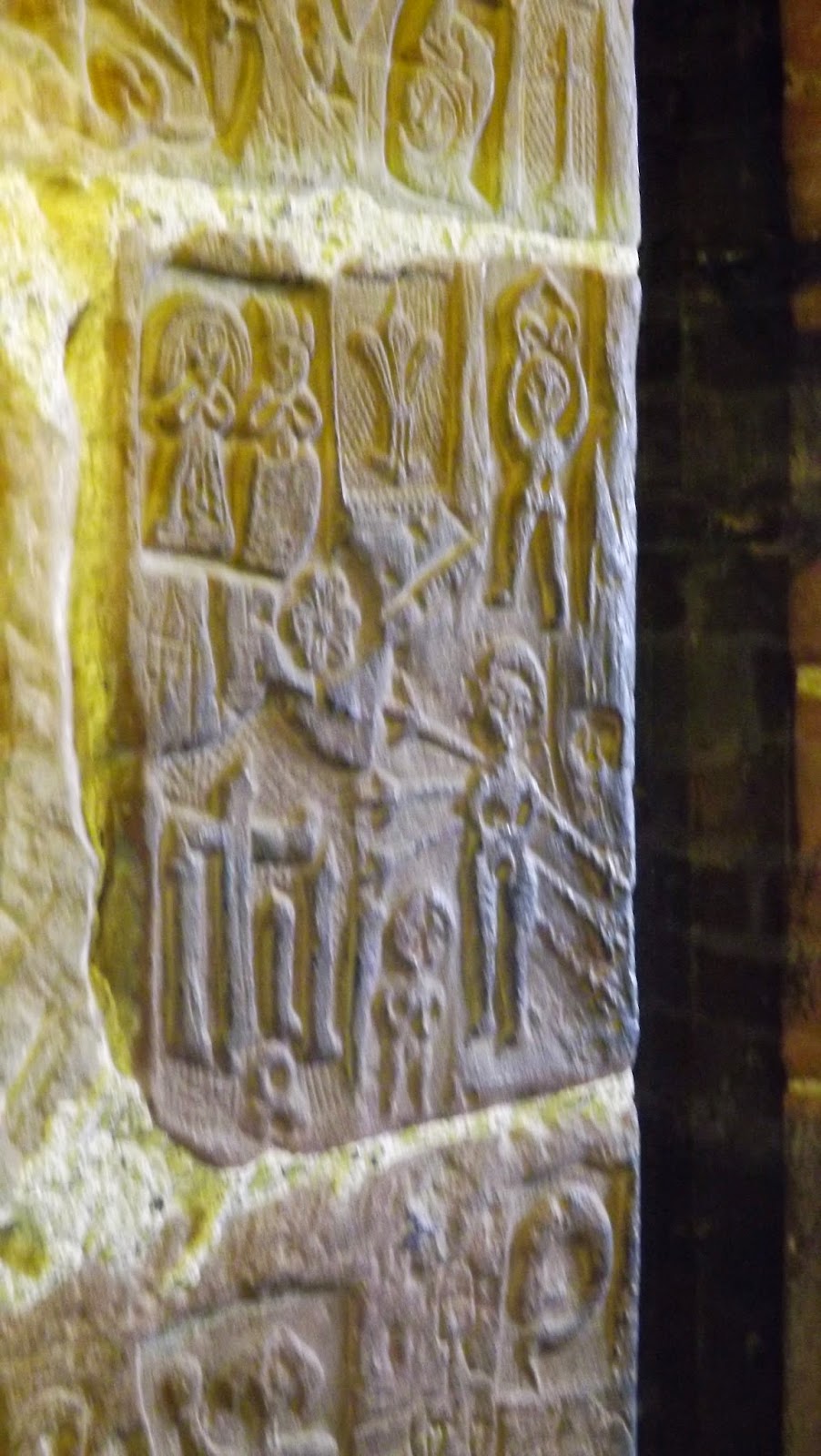 Above. One of the carved panels to the left of the door. 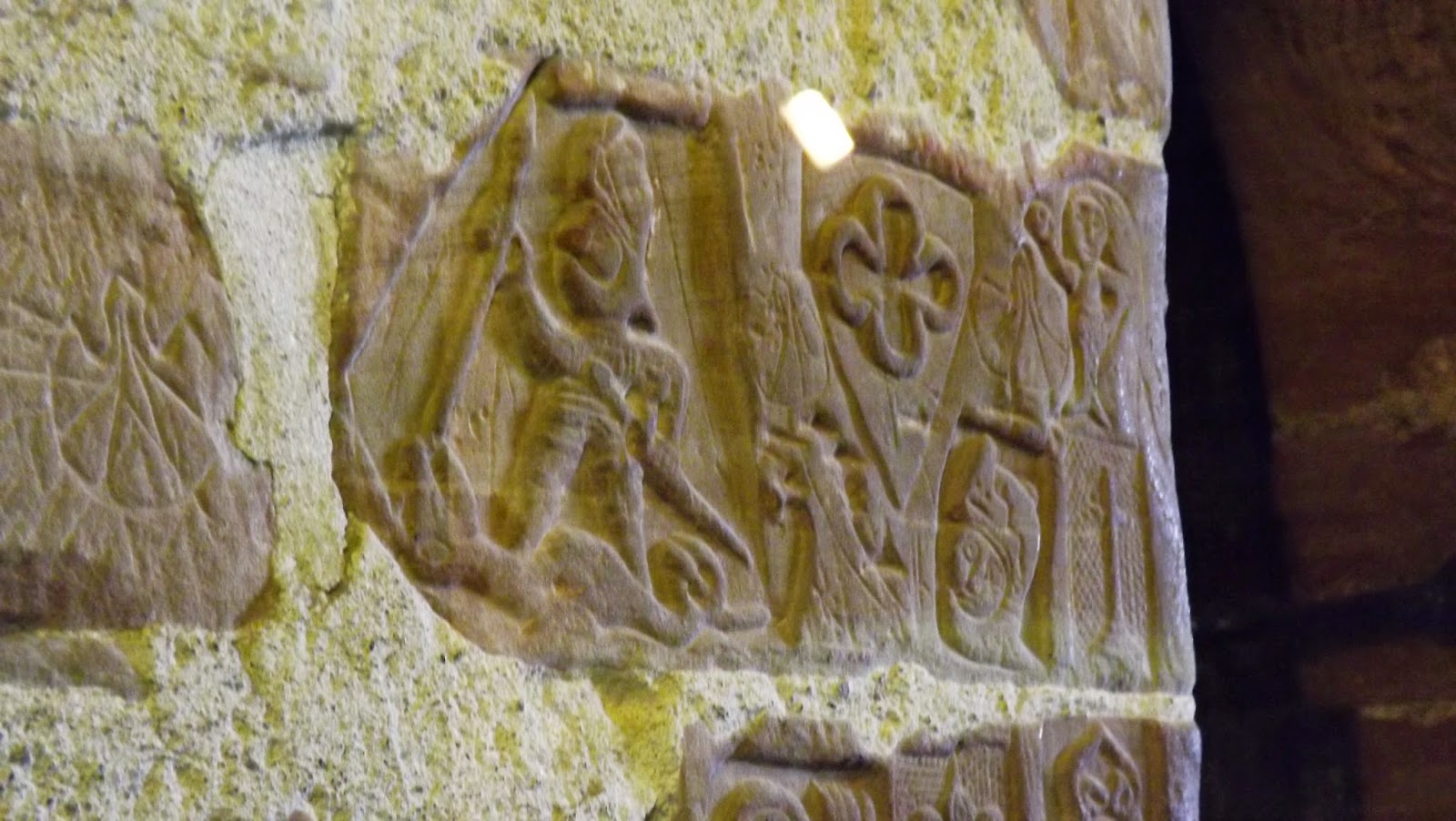 Above. St George trampling and slaying a dragon. 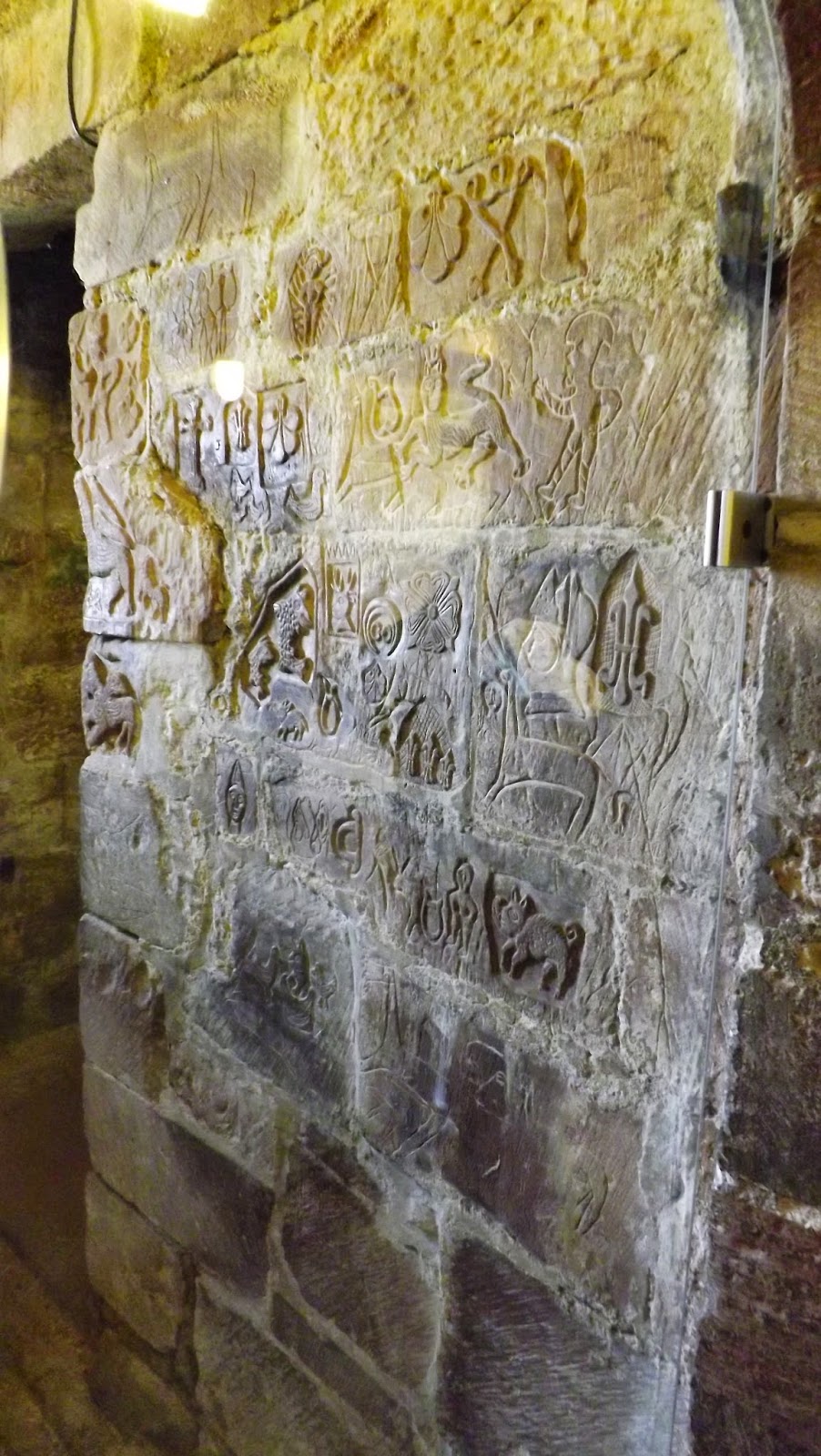 Above. The highly decorated right side of the wall. 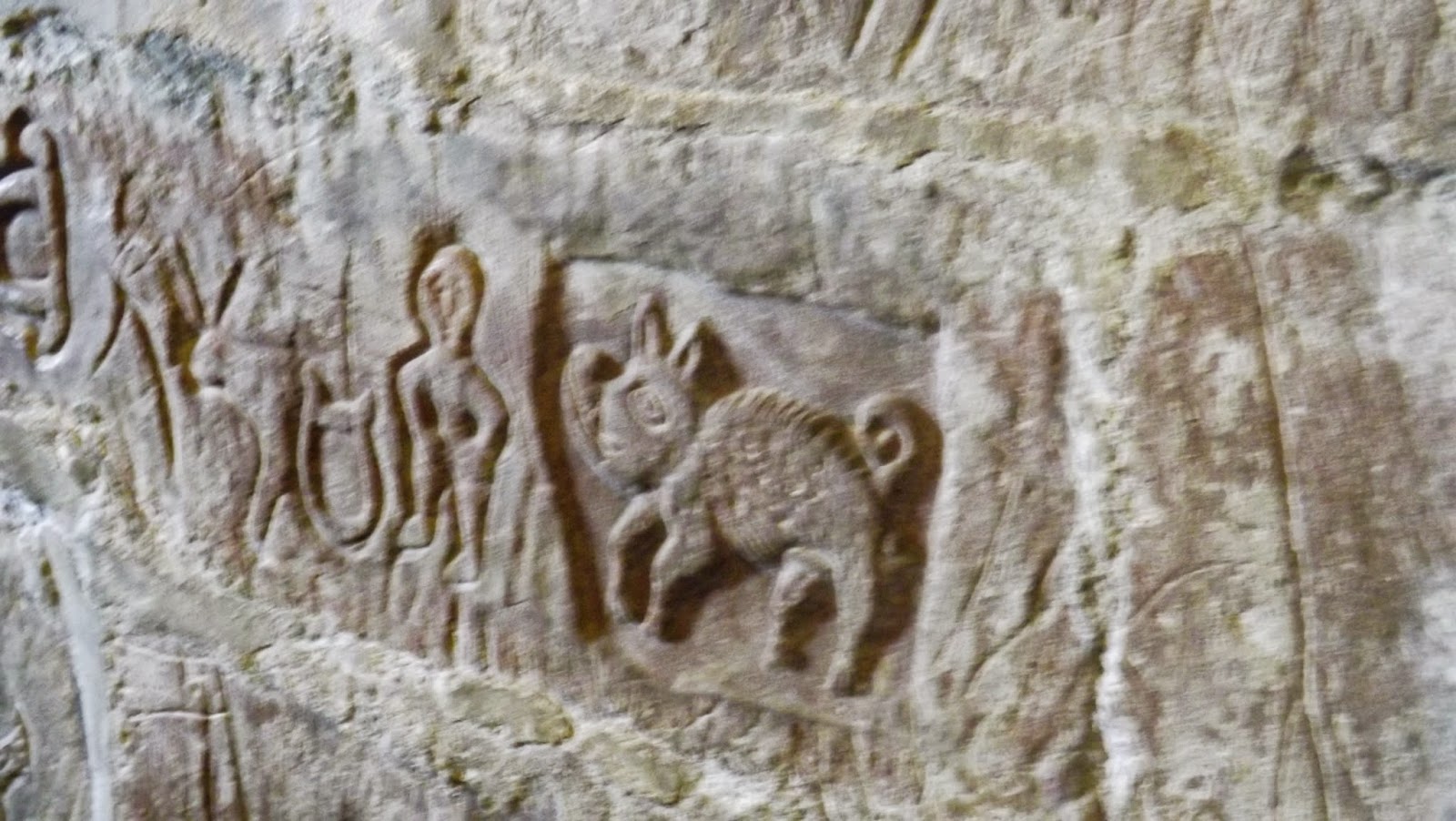 Above. A boar...the personal motif of a young Yorkist Captain, Richard of Gloucester, soon to become Richard III. 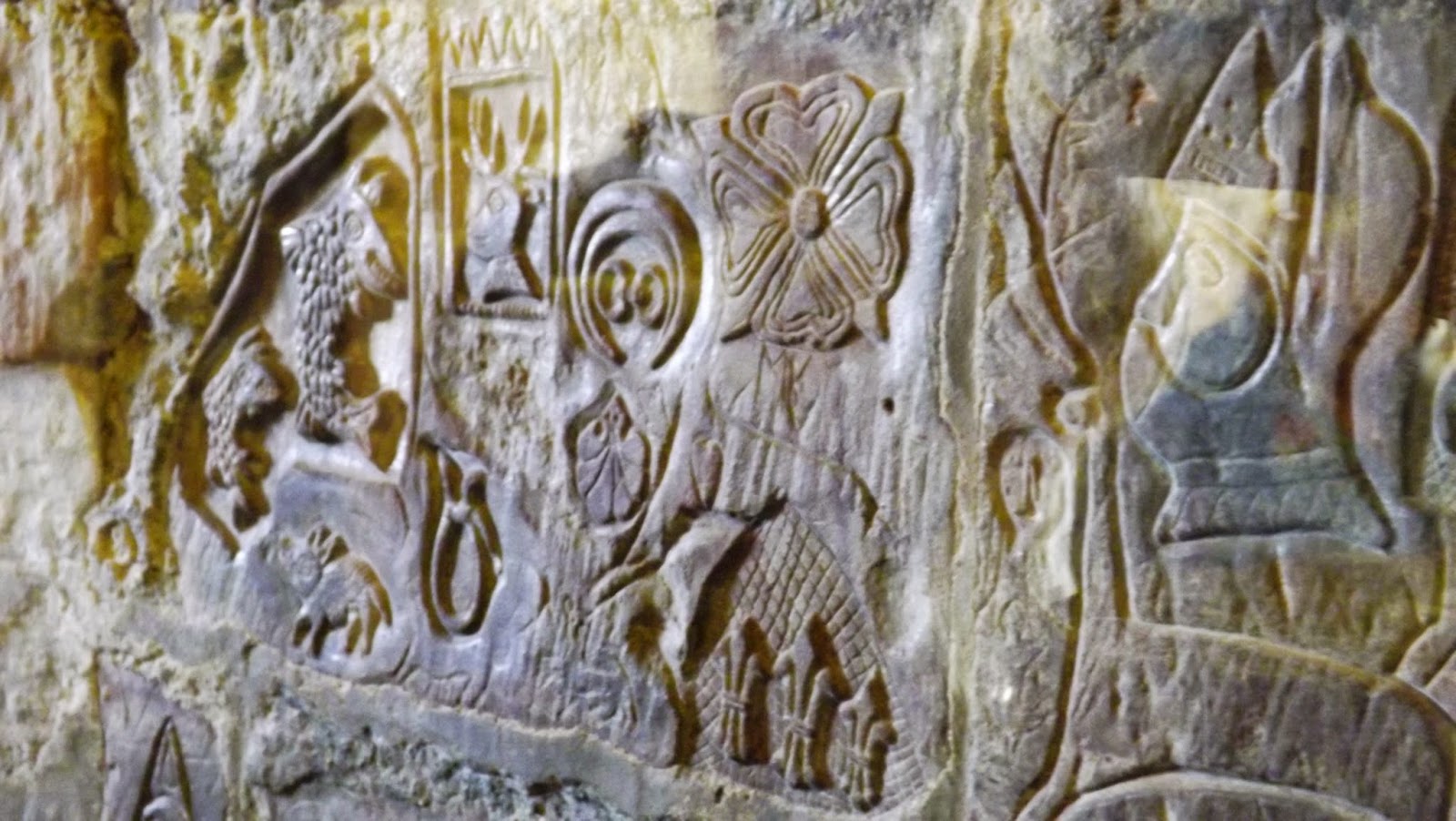 Above. Two dolphons (to the left) represent the Greystoke family. A rose motif can also be seen, and another boar (bottom left)

Above. A crowned lion can be seen, Lord Greystoke's motif.

The depth and range of the carvings is amazing, and the fact that they have survived some 530 years is even more startling. Modern thought tends to lean towards these carvings being created by guards rather than prisoners. Unfortunately, the glass door makes photographing them very difficult.

Posted by The Cumbrian Castle listing. at 8:53 am