Apparently Rosslyn Castle is a bit of a secret as far as castles go. Its nearby neighbour, the world famous Rosslyn Chapel (the Da Vinci Code etc) is visited by thousands of visitors each year, but the castle is a relative secret, even though it is only about five hundred yards to the South East. The village of Roslin is about nine miles South of Edinburgh, and both chapel and castle lay on a high ridge above the River North Esk in the Roslin Glen Country Park. 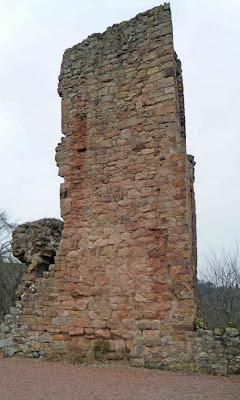 The castle is accessed via footpaths and tracks that lead from Rosslyn Chapel, or from the car park in Roslin Glen. It is probably the relative inaccessible nature of the location, that prompted its builders, the St Clair family, to choose this spot to erect their castle. 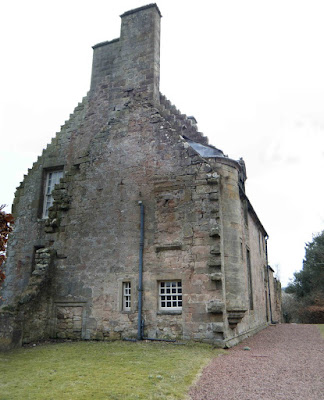 Above. A view of the Sinclair house.

The St Clair family started building here in 1304 with the aim of strengthening their hold over their Midlothian estates. For the next three hundred years or so, the site was continually inhabited and developed. This ‘development’ included several phases of rebuilding, after the castle suffered an accidental fire in 1447, destroying much of the site, an attack from English troops in 1544, and finally, an attack from Cromwell’s troops under General Monck in 1651. General Monck laid siege to the castle using a purpose built cannon battery built some eight hundred yards to the North East (still marked on ordnance survey maps as General Monck’s Battery) 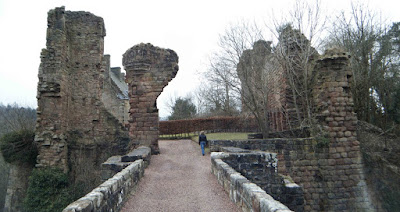 Above. A view across the bridge and into the courtyard.

This final attack signalled the end of the castle as a fortification, but not a home. The St Clair family built themselves a grand house within the confines of the old castle. This was the target of rioters from Edinburgh in 1688, who were on a rampage against all ‘Popish’ targets. The house repaired after this attack and the family continued living there. 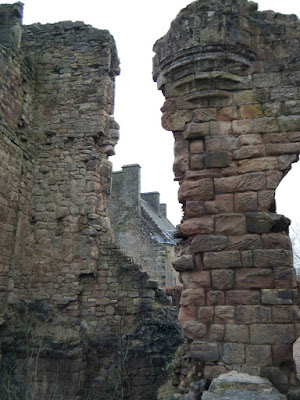 Above. The Sinclair house glimpsed through the remains of the gatehouse.


The layout of the castle, includes a central courtyard, with a range of building built against the Northern most wall of the castle. 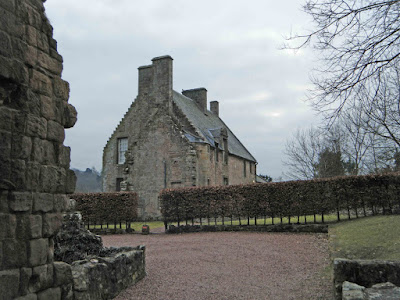 Above. Another view of the Sinclair house across the courtyard.


A heavily buttressed wall stands at the cliff edge, against which, at the Southern most end a keep was built (now in ruins) A significant range of buildings were built against the Eastern side of the castle’s walls, and most still stand to some degree or other. 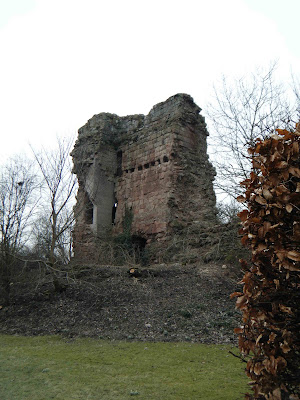 Above. A portion of surviving wall in the courtyard. 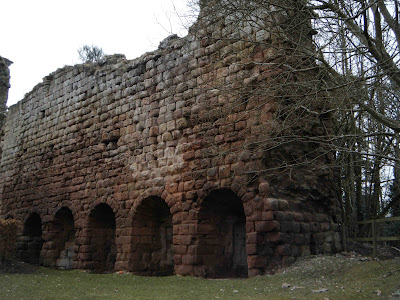 Above. Vaulted chambers in the courtyard wall. 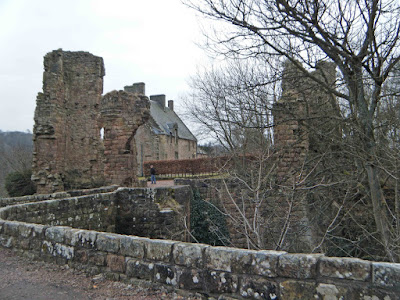 Above. A view towards the gatehouse ruins. 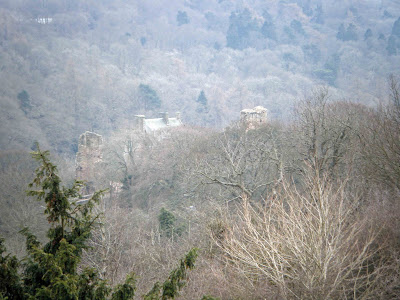 Above. The castle as it appears from the walls of the chapel. 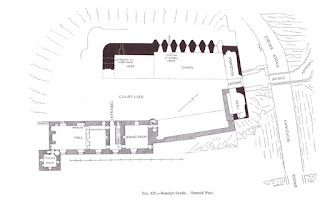 Above. Floor plan of the buildings that make up Roslin Castle. 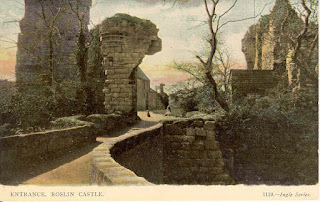 Above. The ruined gateway (postcard from personal collection) 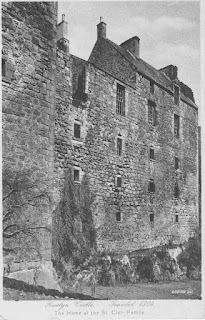 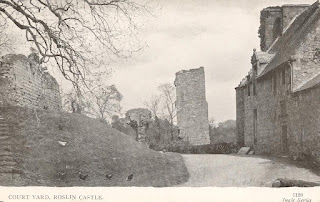 Above. Looking back towards the ruined gatehouse (postacard from personal collection) 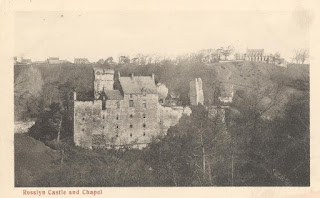 Above. Fantastic distance view of the castle, possilbly from Roslin Chapel (postcard from personal collection) 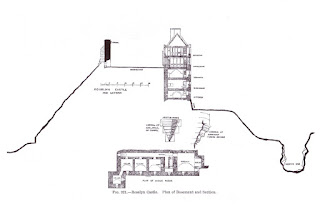 Above. Cut away plan of the castle.

The house that the St Clair family built after the castle’s near total destruction in 1651, is now available for holiday lets, but the castle grounds are freely accessible. If you visit the chapel it's well worth also taking the walk to the castle.....which is only about five minutes down the hill. If the weather is fine and the ground dry, I would also recommend walking down to the river side, as there are fantastic views of the exterior of the castle walls from here.
Posted by The Cumbrian Castle listing. at 5:03 pm

Glad I found your blog. Interesting pictures and info on the castles :)