The old town walls of Stirling form part of a walk running the full circuit of the old town. The major part of the walk follows about a mile of almost continuous surviving wall...much of it original and intact. This one mile portion of the walk runs from the Tourist Information Centre on Dumbarton Road, all the way round to Ballengeich Road, just North of the castle. At Ballengeich Road you can leave the footpath, and follow the road round the base of Castle Hill, or you can continue along the footpath that eventually takes you to Gowanhill\Mote Hill. The whole walk constitutes the Wall Walk, and the Back 'o The Hill Walk.....well worth it. 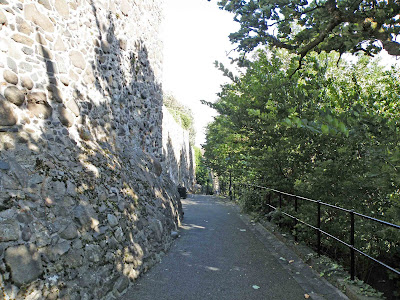 The old town walls are, where they are intact, immense...both in height and apparent thickness. Mainly built between 1547 and 1548 and prompted by the threat of English aggression, they probably represent the most extensive surviving example of a Burgh fortification in the whole of Scotland. 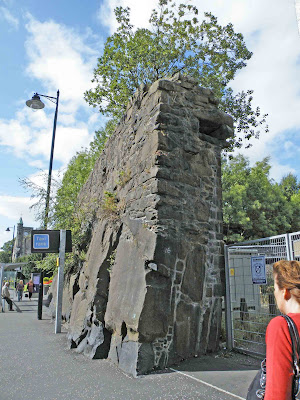 Parts of the wall are peppered with gun ports...some only a few inches across, others around two feet wide. 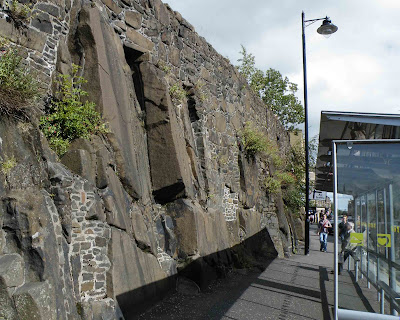 Where possible, it seems that the builders managed to place the town's wall on top of rocky outcrops, thereby giving the wall a much better stable foundation. 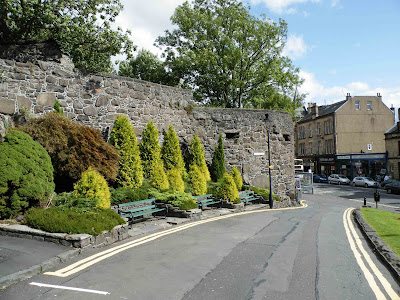 The photo above, just off Dumbarton Road, clearly shows two gun ports in what could be the base of a reduced round tower. 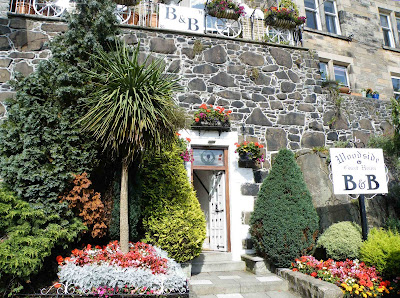 The Woodside Guest House has even had its facade built into the wall. At various points along the Southerly surviving portions of the wall, house owners have, over the years, knocked through gateways through the wall. At various points along the route of the wall, heavily defended gates were built. The main gate was the Barrasyett gate, and lay at the junction of Dumbarton Road and Port Street. There were also gates at Upper Bridge Street, Friars Street and near the Thistle Centre.
Posted by The Cumbrian Castle listing. at 11:32 pm