Hutton Roof,
Cumbria
About two miles to the West of Kirkby Lonsdale, and about a quarter of a mile off the A65, lay the remains of a large Romano, British settlement. Easily accessible from the nearby road, the public footpath runs right alongside the remains, affording good views right around the earthworks that survive today. 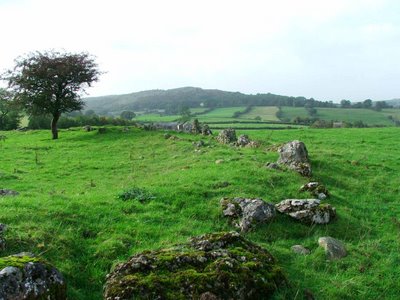 As you approach the remains from the nearby road, the earthen bank that encircles the settlement can be clearly seen. It consists of a bank that runs nearly the full circumference of the settlement, that is, in some places, around a foot high. At one point, for about ten metres, the bank is topped with limestone boulders, possibly original. In the centre of the remains, more earthen banks can clearly be seen, possibly marking the remains of buildings and further enclosures. 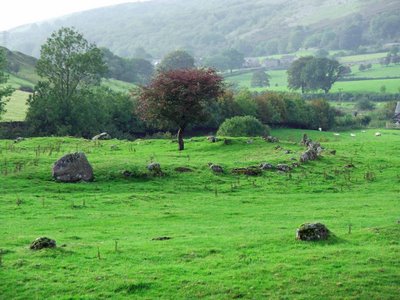 The site is well protected. It sits at the highest point for a few miles around, with flat land to the South. To the East and North, the settlement is protected by natural limestone escarpments, and to the West, the land drops away. It's easy to see why this spot must have been chosen as a place to settle. 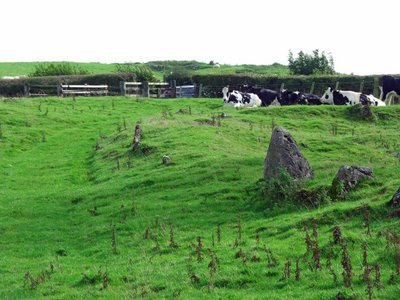 All in all a great site to visit, and readily accessible from the nearby road.

Excavations that took place at this site revealed pottery and the remains of several buildings within the protective earthen banks.
Posted by The Cumbrian Castle listing. at 5:32 pm