MacLellan's castle sits at the junction of the A711 and the B727. Sometimes known as MacLellan's House, the building started life as the Greyfriars Convent from around 1449. 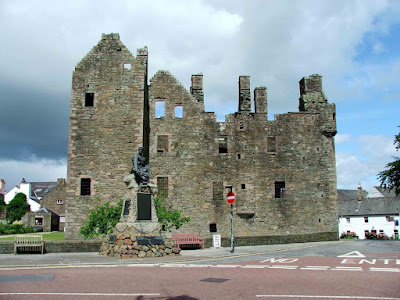 In 1569, Sir Thomas MacLellan obtained the land on which the convent was built, and all but demolished the building, leaving only the chancel of the church standing. This portion of the original building was commandeered as the burial vault of the MacLellan family. The church remains survive today on the opposite side of St Cuthbert's road. 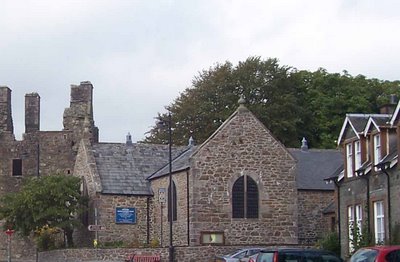 
By 1582, the castle was completed, built of stone quarried from the convent, and the ruins of the original royal castle of Kirkudbright (of which no masonry remains today) 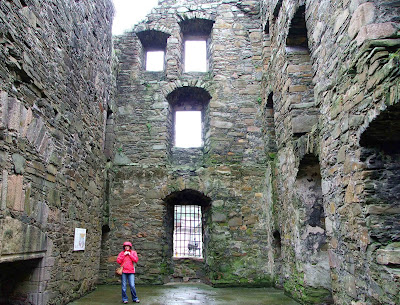 The castle, really no more than a fortified manor house, was built for show rather than defensive prowess, and when completed was undoubtedly one of the most spectacular houses in Scotland. 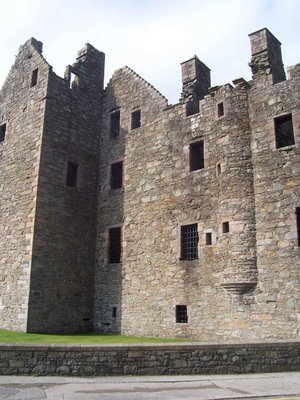 
By 1741, the Mclellan family had interests elsewhere, and were probably unable to afford the upkeep of such a splendid castle. They subsequently removed all the furniture, and the roofing materials. The castle slowly fell into ruin, until it was passed into state care in around 1912. It's now looked after by Historic Scotland. 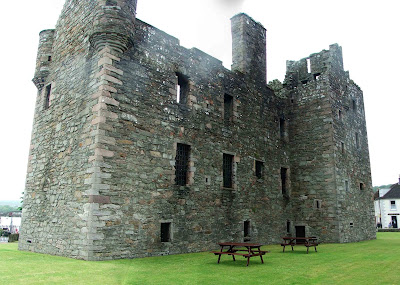 The castle exhibits no signs of attack by anyone....the English or other Scottish clans, and what we see today, is probably the original design. In other words, it hasn't been changed by successive members of the Mclellan family, as is so often the case with castles and large family homes. 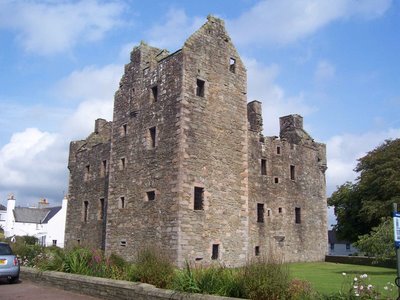 There are a number of gun loops set within the walls of the castle. 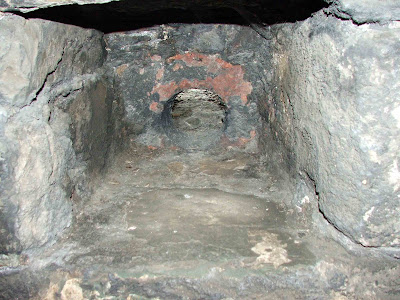 All are at ground level, and all are situated near to doorways, therefore providing protection of the weak areas of the castle's defences. 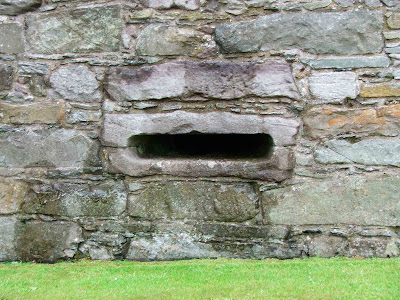 To the West of the castle, the remains of Kirkcudbright's town defences can still be seen, in the form of Castle Dikes\Castle Dykes.....earthworks and ditches, including the remains of a bailey that may suggest that there was an earlier motte and bailey castle. 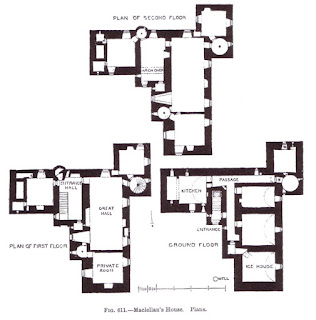 Above. Floor plans of McLellan's Castle. 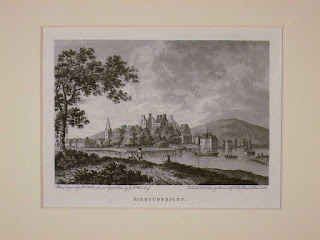 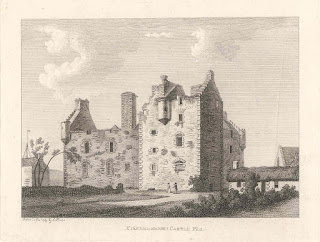 Above. Undated sketch of the castle. 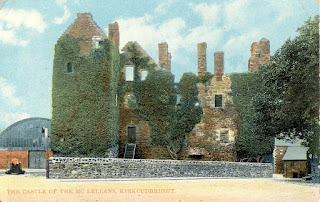 Above. Postcard (from personal collection) 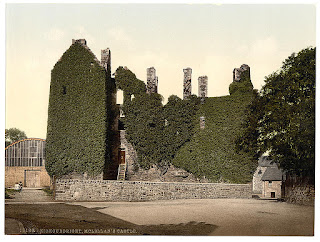 Above. Postcard (from personal collection)

The castle is open daily from April to September.

Posted by The Cumbrian Castle listing. at 8:10 pm

Hello, My name is Deena. My mother's name is Shirely Anne McLellan. She has passed away. I would like to find out more about the McLellan Castle and family history.

Michael said: My Great Grandmother and Great Grandfather imigrated from Kirkcudbright and their last names were McLellan. My Greatgrandmothers name was Katherine Brown McLellan. Any info would Be appreciated.