Killington Hall lays in the small village of Killington sandwiched between Sedbergh and the M6 motorway. The hall is sited opposite the 14th century church of All Saints down a private road. It's attached to a 17th century hall house and is a ruinous state. It's likely that the church is of the same period, and may once have acted as the Manorial chapel to the hall and its residents. 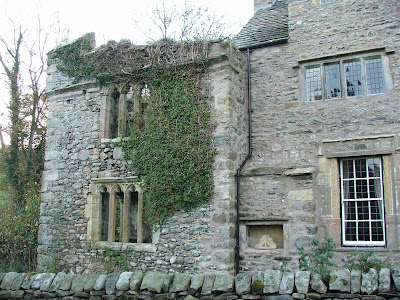 Built in the early 1400's, probably by the Pickering family, the original pele tower was sited over the top of an earlier 14th century moated site, and consisted of a three storey defensive structure. 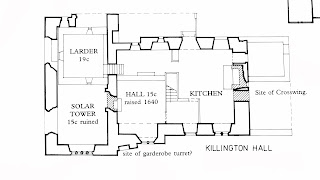 Above. Floor plan of Killington Hall.

The crenellations have long since gone, as has most of the top floor, presenting us today with the empty shell of the tower, attached to the 17th century hall or manor house. 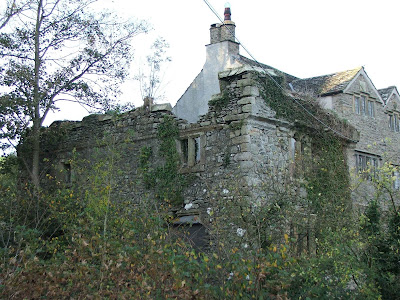 The tower, still attached to the house which is inhabited to this day, has no structure within its walls, except for the timber remains of a 19th century larder. The floors have long since collapsed, and the roof is also gone. Some of the fine sand stone windows are still intact, and the moat is little more than a boggy stream surrounding the tower on three sides. 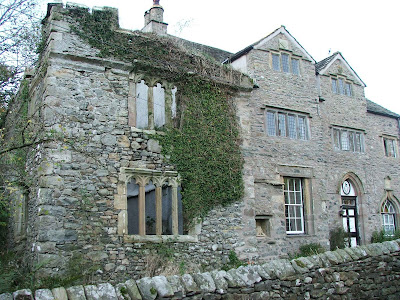 The squat tower seems to be in a good defensive position. There is a shallow ravine with a beck running in it to the South, and another beck to the North, both providing adequate water to make the surrounding ground boggy and difficult to traverse. 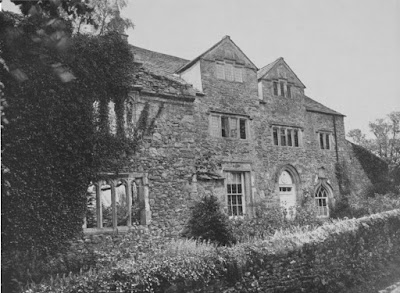 Above. Old photo of the hall. Not much has changed. 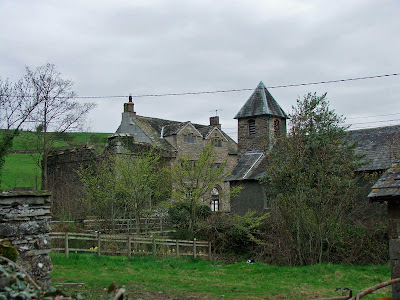 Killington hall is rare, in that the original hall\tower, is preserved along with the original manorial chapel. Unfortunately, the church was not open on the day I visited the hall...a good excuse to re-visit.
Posted by The Cumbrian Castle listing. at 8:51 pm