Built in the late 14th century, Arnside tower is unique amongst the pele towers and tower houses of Cumbria and the South Lakes area, in that it is a free standing tower that never had any surrounding buildings attached to it. It's seen its fair share of disaster and damage as well. It was seriously burnt in 1602, and suffered disastrous damage after a storm in 1884. The fire in the early part of the 17th century caused significant damage, although the structure was important enough for repairs to be made. 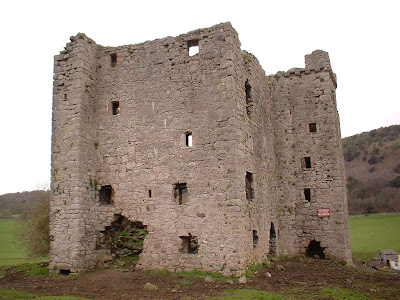 It was occupied until the 1680's, after which, the roof timbers were removed to Beetham and Knowsley. The storm, in 1884, almost totally destroyed the internal cross wall, causing the South West wall to collapse. 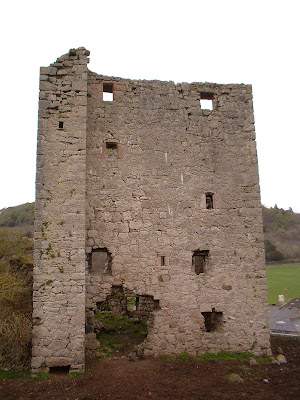 The walls that exist today, are around 1.2metres thick, maybe too slight for the tower to be truly classified as a 'pele tower'. Arnside is one of a number of towers that can be found around the Morecambe bay area. 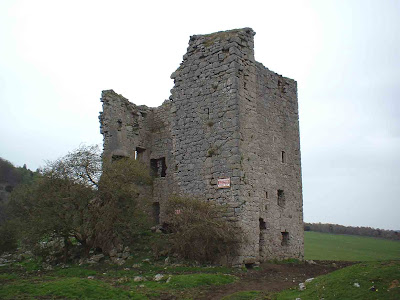 Other towers in this group include Hazelslack, Wraysholme and Beetham. The tower is situated on a public footpath near Arnside Tower farm sandwiched between Silverdale and Arnside, and is easily accessible for photographing, although the structure is in a very poor state of repair and should not be entered. 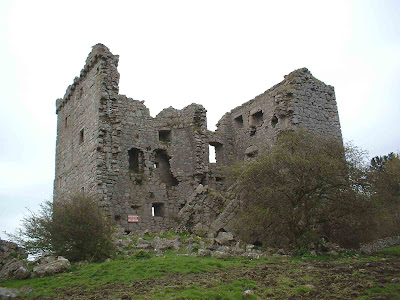 Some commentators have suggested that the tower was originally built as a hunting lodge, and does not actually belong to that well known group of fortifications, pele towers. 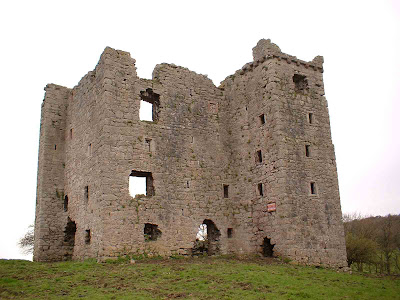 There are no vaulted rooms\basements present in the remains (an important factor when defining pele towers) the walls are, as mentioned above, thin and slight for a pele tower. Some commentators even go so far as to theorise that the tower could in fact be a complete 17th century rebuild (after the fire of 1602) and there is little to date it to the 1500's at all....such is the 'blandness' of the architectural features we see today. Whatever its history though, pele tower or not, this is a very interesting building set in beautiful surroundings. It desperately needs some consolidation work on those walls in perilous condition, if it is to survive into the future.
Posted by The Cumbrian Castle listing. at 6:40 pm