Sometimes referred to as Kilcairn Castle, the building was erected in around 1450 by Sir Colin Campbell, first Lord of Glenorchy. It started life as a tower house with a strong surrounding wall, but by 1500, a range and hall had been built on the South side of the castle. Further additions were made right through to the 1600's. 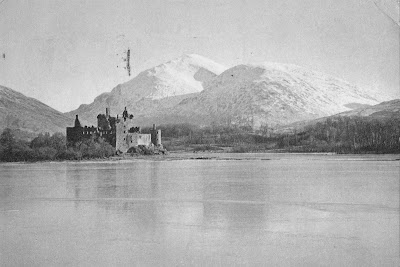 Above. Kilchurn Castle from the Eastern shores of Lochawe (from personal collection)


When the castle was originally built, it was on it's own small island, much as Castle Stalker is today. However, as the Loch has changed over the ensuing 600 years, the island is no more and the castle finds itself on the shores of the loch. 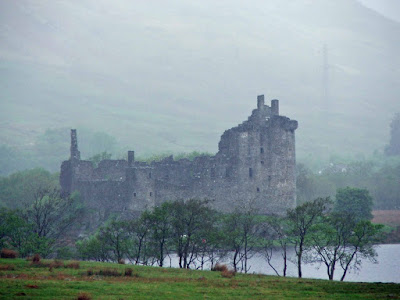 Above. Kilchurn Castle from the West.

During the Jacobite rebellions of 1717 and 1745, the castle was garrisoned by government troops. It was more or less abandoned by the Campbells in around 1740, although ownership was maintained by the family. In 1760, the castle's demise was sounded when a severe storm resulted in a lightning struck tower falling into the courtyard. The upturned tower remains there to this day. The castle, as a result of the storm damage was fully abandoned, and the Campbells moved to Taymouth Castle to concentrate on other estates. 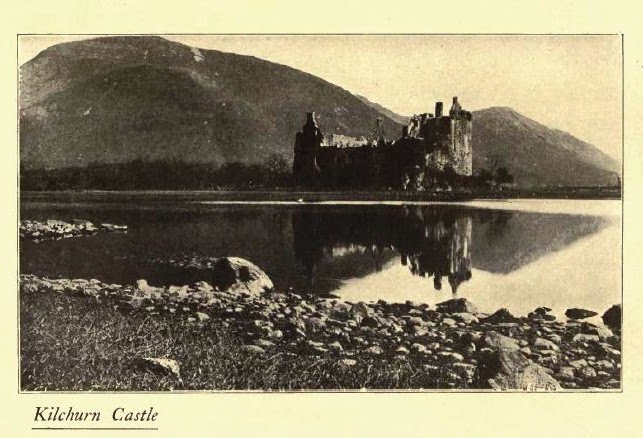 
The castle can be approached from across the loch by boat in the summer months, or on foot around the shores of the loch. Alternatively, as in the photo above, it can be viewed from the A819.
Posted by The Cumbrian Castle listing. at 8:32 pm