Brougham Hall sits just outside Eamont Bridge near Penrith, on the B6262. The hall is a mis-mash of buildings dating from the 1400's right through to the 1930's. 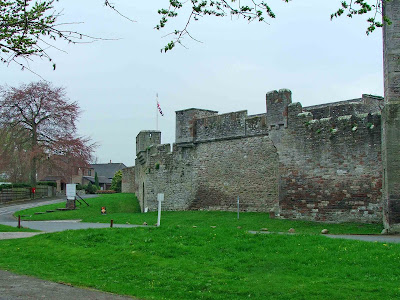 Above. View of the external walls looking South.
Large parts of the Hall were built during the early part of the 13th century, when a cow house, great hall and a fortified manor were erected by Gilbert de Broham. A licence to crenellate was granted to Ricardus de Brun in 1307, and it is likely that the walls were built at this time. 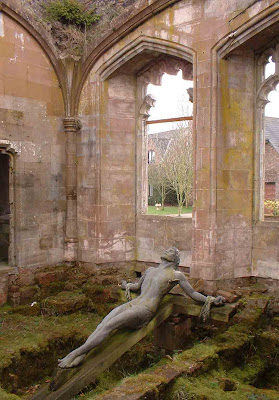 Above. Interior of the ruined chapel with Christ on the crucifix.
During the 16th century, further buildings were added to the interior of the site, and a pele tower was built during the 17th century. Lady Anne Clifford of Pendragon, Penrith and others fame restored the hall and its buildings around this time. 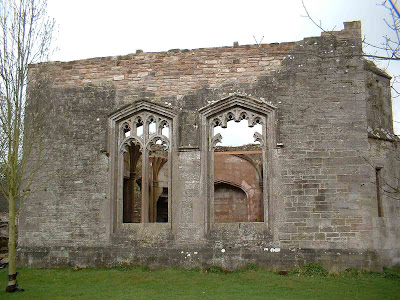 Above. External walls of the chapel.
The site as a whole became derelict in the late 18th century, and was largely rebuilt in the 1900's. Little of the Medieval remains are visible today, although the hall has undergone a great deal of re-building in the last decade or so. 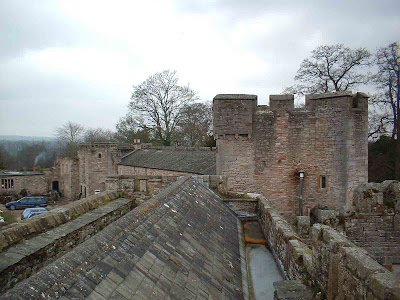 Above. Looking across the rooftops towards the gatehouse.
The gatehouse has been spectacularly rebuilt, as have some of the internal buildings and the wall surrounding the site. 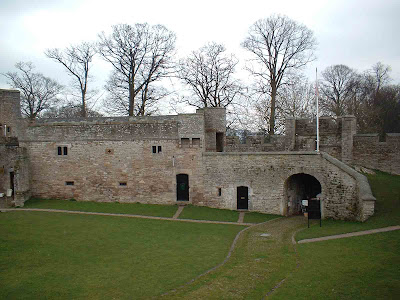 Above. The North East range of buildings against the courtyard walls.
There is a car park at the front of the hall, and entry is free if you want to have a look around the ruins. 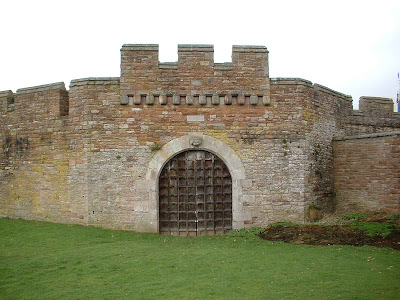 Above. The Southern gatehouse. 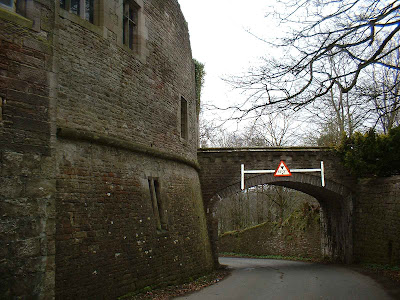 Above. The walkway across the B6262 to the church. 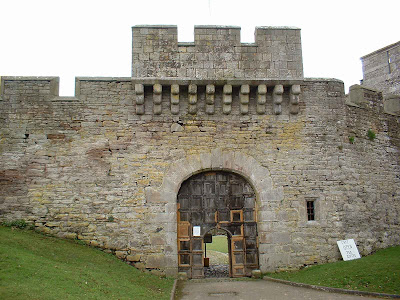 Above. The main gatehouse on the North side of the courtyard.
Nearby are the ruins of Brougham castle, the Mayburgh Henge, King Arthur's Round Table, and the historic town of Penrith with its castle.
Follow this link to the official Brougham Hall web site.
Posted by The Cumbrian Castle listing. at 6:55 pm

The supposed licence to crenellate seems to be a mis-attribution. The 1307 licence to Robert le Brun (sometimes transcribed as Richardus le Brun - I suspect the original Patent Roll is very hard to read) was for "Drombogh" - for which Drumburgh Castle seems the most likely identification.