Frequent walks on the beaches around Cresswell and Druridge Bay in Northumberland on a recent family holiday, rewarded me with these images of World War II beach defences, still visible in the white sands.  Stretching from Brig Head just to the South of Cresswell, right to the Hadston Carrs to the North, the beach is littered with the remains of pill boxes, tank traps and anti-tank ditches, paying testament to the seriousness of the threat of German invasion during the war. 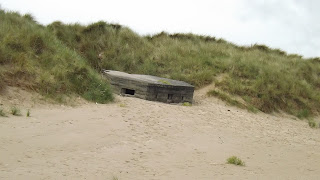 Above. Pill box almost hidden in the sand dunes.


The pill box shown above and below, has at some point been undermined by the sea over the last 71 years, the constant battering of North Sea storms and tides causing it to be some way from its original position. This would have been one of a number of pill boxes positioned along the beach, designed to slow down and impede any potential invasion from mainland Europe. 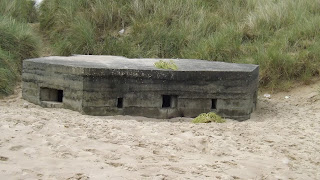 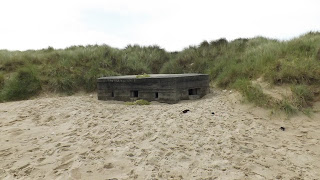 One of the pill boxes, situated at the top of the sand dunes next to the road, was designed to look like a derelict cottage. There's a photo of this bizarre building here, and here. 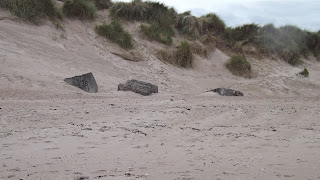 Above. Concrete blocks making up tank traps, hidden in the dunes. 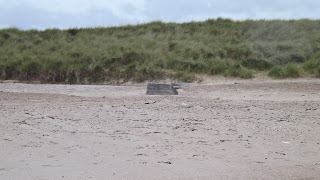 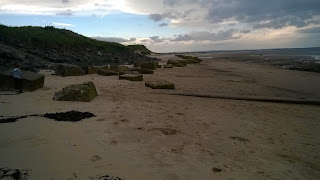 Above. Second row of tank traps. 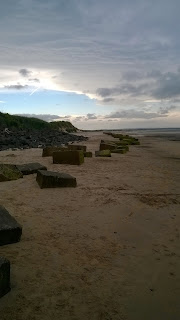 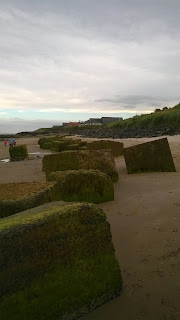 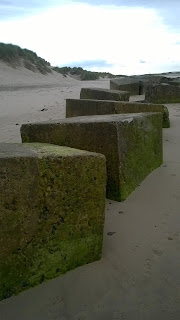 There are literally dozens of these cubes of concrete scattered all along the beach along Druridge Bay. They were deposited in the sand, and designed to impede the progress of any tanks that invading forces would have wanted to unload from landing craft.

Posted by The Cumbrian Castle listing. at 7:43 am