Motte of Urr, Near Dalbeattie and Haugh of Urr

Well...what is there to be said about this? It is truly the 'mother of all mottes' and stunned me so much I nearly put the car into the ditch when I saw it from a distance. This magnificent earthwork structure can be found just over a mile South of Hough of Urr, a small village that is in turn about three and a half miles North of Dalbeattie, and about four and a half miles North East of Castle Douglas. The Motte of Urr lays on the West side of the B794 and next to Urr Water. Although it's on private land, great views can still be had from the road side, and these views really convey the size and form of this fantastic earthwork. 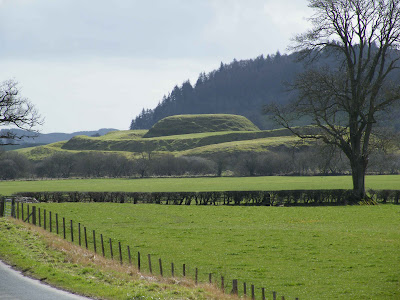 Above. The spectacular motte looking South.

The Motte of Urr is apparently a good example of a Scottish 'Pudding Bowl' motte, and the description seems to be apt when looking at the photo above. The motte rises to around ten metres above the bailey area, which in turn is set upon a six or seven metre high bank, which is also set upon yet another six or seven metre high bank. The motte therefore towers above the earthworks.

Above. Another wider view of the motte looking South.

The motte sits at the Northern end of the huge bailey area (measuring some 150 by 65 metres) and is surrounded by a deep ditch. The motte has a summit measuring some twenty five metres across, and would most likely have housed a large wooden tower. 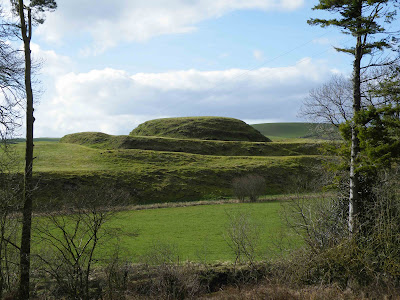 Above. The motte from the East.
The castle was built by Walter de Berkeley some time after 1165, as detailed in a rare, surviving charter, which details the grant of lands in the surrounding areas by William I (the Lion of Scotland)

Above. Looking North towards the motte.


Excavations in the early 1950s, found evidence of destruction and fire damage, possibly relating to a rebellion in 1174. At this point, its defences would have consisted of a wooden tower atop the motte, with a timber palisade around the exterior of the bailey area, probably reinforced with stone. There was a Burgh of Urr somewhere close by, but it does not appear to have been occupied much after the early 1300s. A minor branch of the Baliol family held the castle in the 1200s, and while it was the site of a charter signing in 1262, no attempt seems to have been made to rebuild the castle in stone. There are suggestions that the sheer size of the castle's bailey area, indicate that it may have originally been an iron age fort.

Check out the site record for the Motte of Urr at the RCAHMS website, which has a library of over 120 photos of the motte. 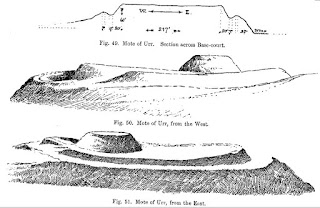 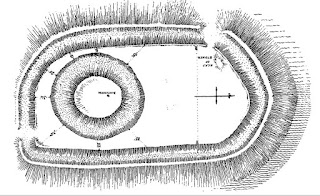 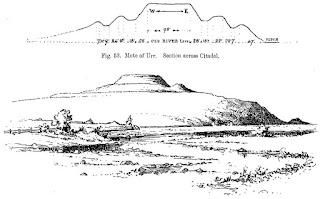 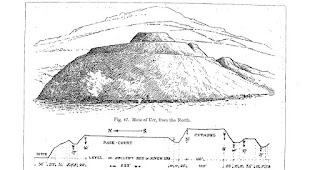 Above. Various sketches and plans of the Motte of Urr. 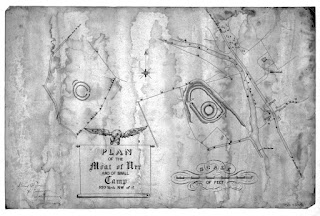 Above. Fantastic undated map of the Motte of Urr and attendant 'camp' to the West.
Excellent information and collection of images at the CANMORE website.
Link to report from 1951 and 1953 excavations at Motte of Urr.

Fantastic view of Motte of Urr - much better than anything I got. Hope you managed Buittle too (access probs I realise). Keep up this prodigous work!