Bootham Bar gatehouse stands on the site of the old Roman entrance into the city of York, The Porta Principalis . It contains some of the oldest stone work in the city walls complex, some of the building dating to the 11th century. 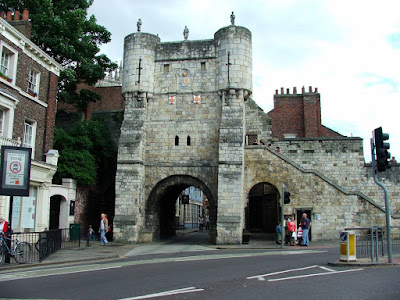 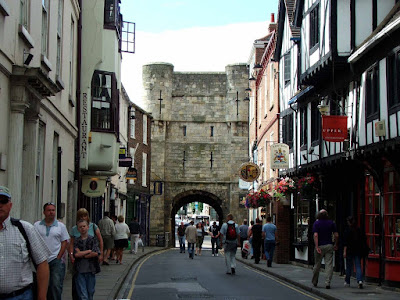 The gatehouse sits at the junction of Gillygate, Clifton (A59) and High Peter Gate, and acts as a passage way through the city walls. It had a portcullis originally, which can still be seen raised up into the ceiling.
Posted by The Cumbrian Castle listing. at 8:51 pm