The tower over Fishergate Postern was built in 1501\02, and replaced an earlier tower, the Talkan Tower. It was built to defend a new postern or gateway in the city wall here at Fishergate. 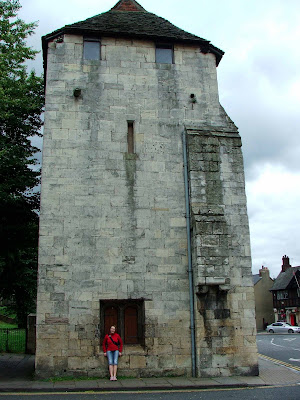 Above. A view of the tower looking South.
Fishergate is a tall rectangular tower of four storeys. It originally had a flat roof with crenellations. The steepled roof seems to have been in place for a significant period of time...John Speed's map of York, dated 1610, shows it pretty much as we see it today. 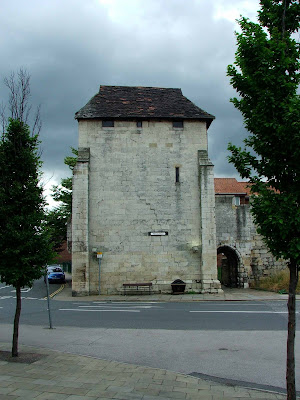 Above. A view of the tower looking East. The postern can be seen to the right of the tower.
The tower had a fireplace, now bricked up, on the first floor, and a spiral staircase in the South corner would have led up to a small turret on the former flat roof.
Fishergate Tower can be found at the junctions of Tower Street, Piccadilly and Fishergate, and is only about a hundred yards East of the castle.
Posted by The Cumbrian Castle listing. at 8:51 pm