The Kelter Well can be found just to the side of the A6 on the Southern outskirts of Clifton. I guess the well was once a source of water for the residents of this small Eden village, but looks to have been turned into a memorial to those who died during the skirmish that took place here between the retreating army of Charles Stewart and the Duke of Cumberland's pursuing army in 1746. 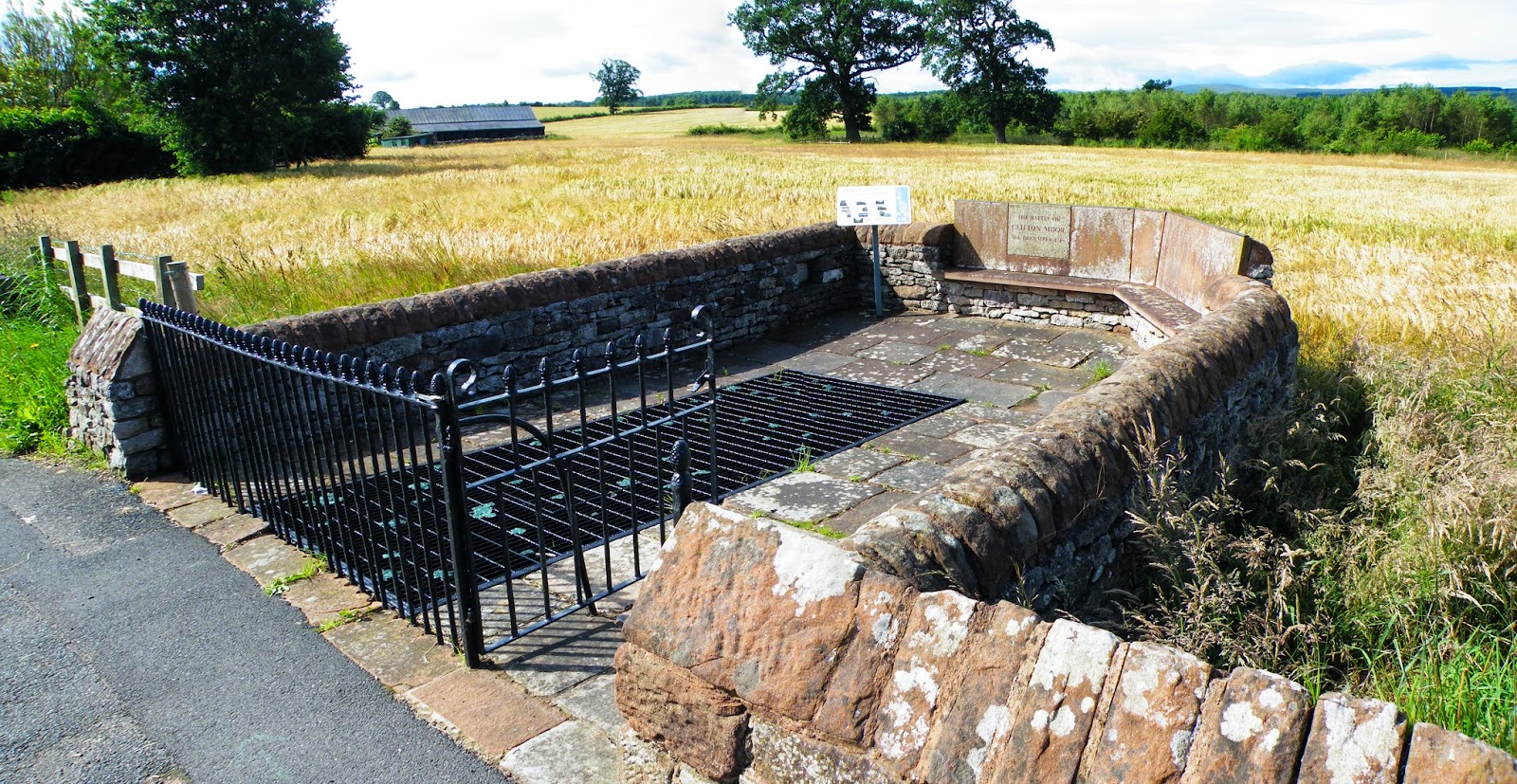 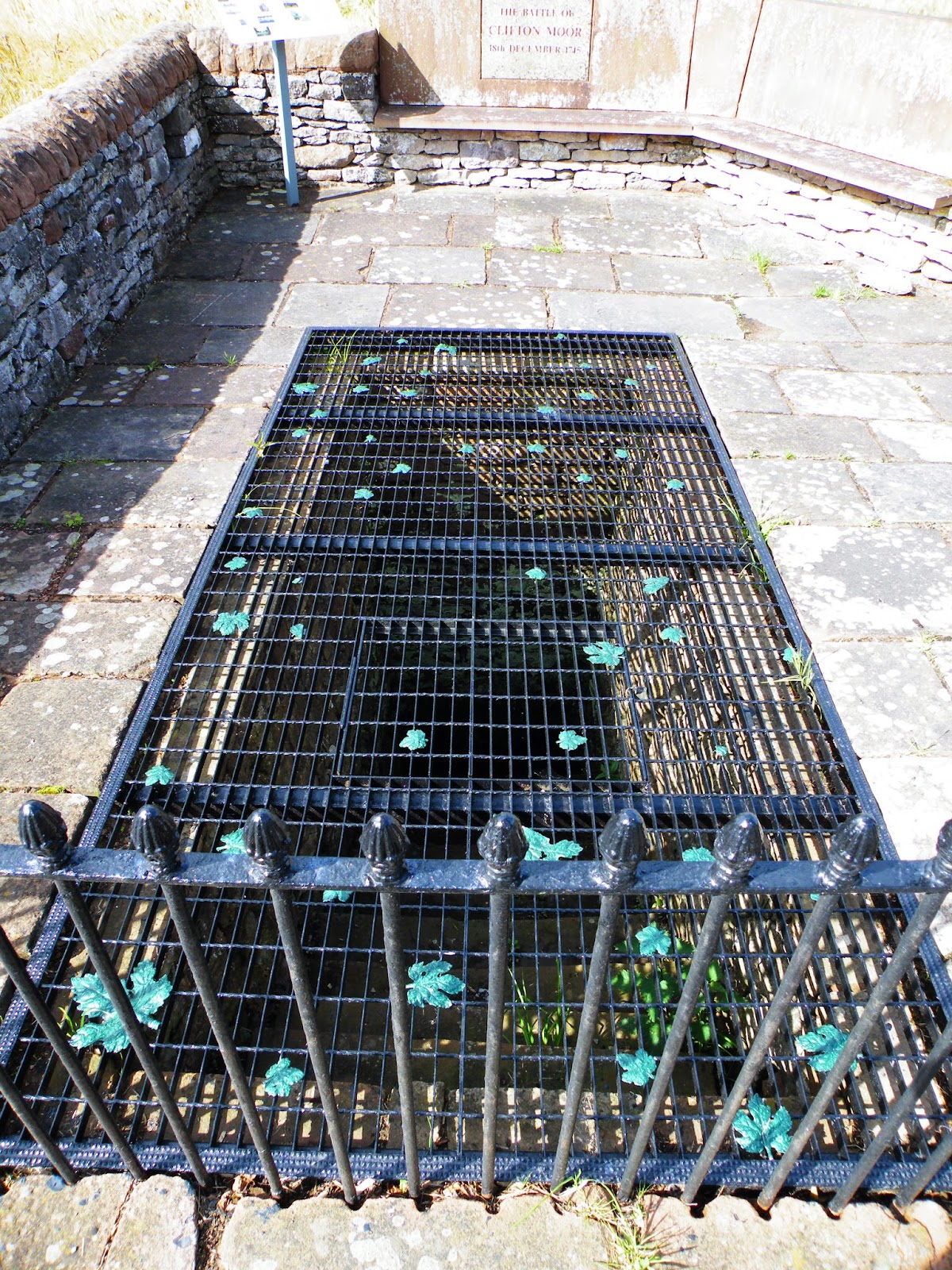 The sandstone plaque to the rear of the small enclosure, reads "The Battle of Clifton Moor, 18th December 1745". Traditionally this is always stated as the last battle to have taken place on English soil. The skirmish, as it's probably better described as, involved the rear-guard of Charles Stewart's retreating army and the Duke of Cumberland's pursuing army. 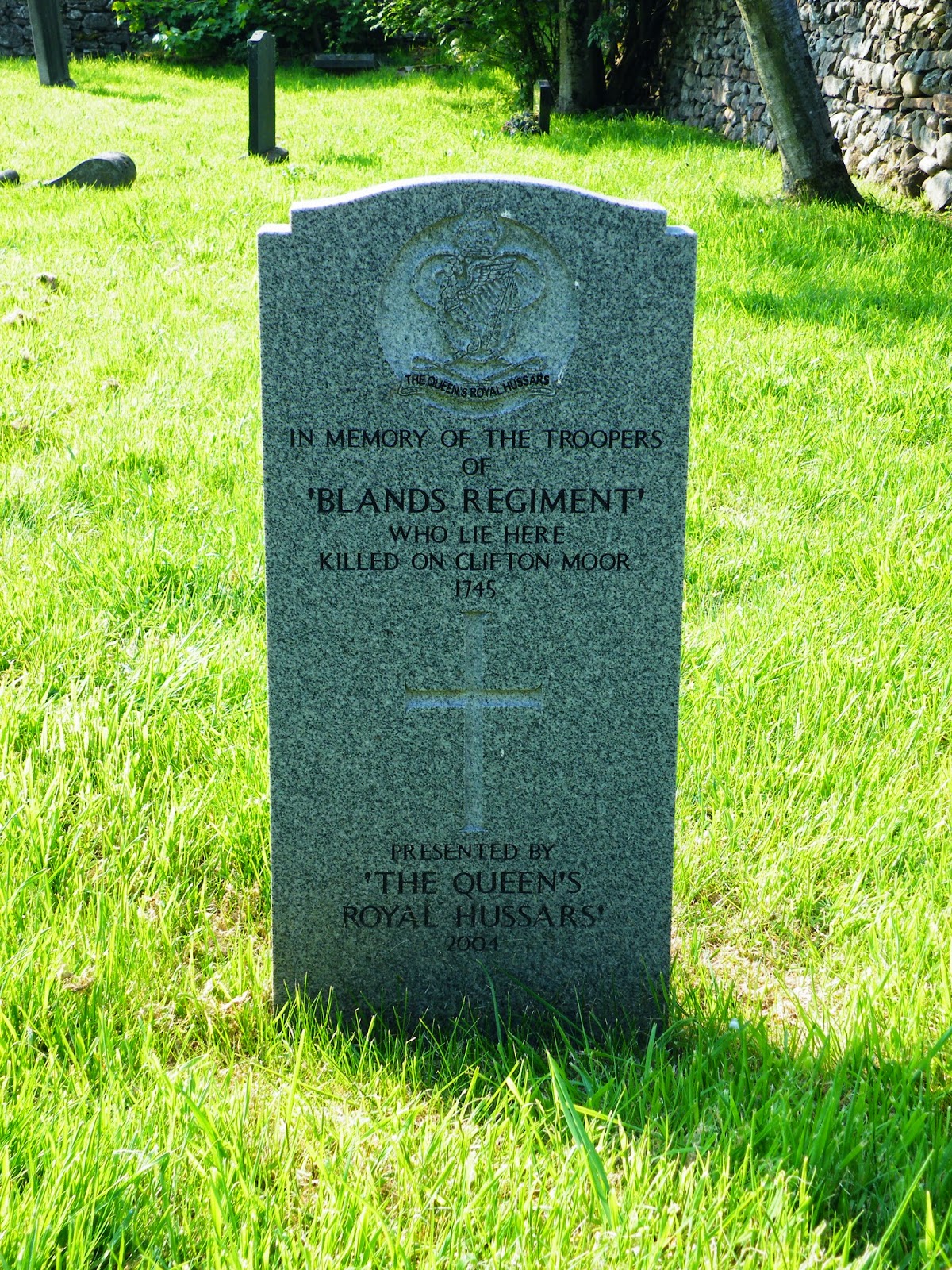 Above. Memorial to members of Bland's Regiment who died at Clifton.


It's thought the skirmish only lasted for a few hours but resulted in the deaths of around twelve Jacobite soldiers and around 15 English Dragoons. The outcome of this small engagement is widely thought to have been a minor victory for the Jacobite forces. The English Dragoons retreated a short distance, enabling Charles Stewart's forces to further retreat from England and back into Scotland.

Posted by The Cumbrian Castle listing. at 8:58 am