From the title of this new posting, you'll probably by now have worked out what this small indentation in the earth could be. By all accounts, it's a collapsed tile kiln, possibly Roman in origin, and more than likely connected with the Roman fort of Watercrook just across the River Kent nearby. 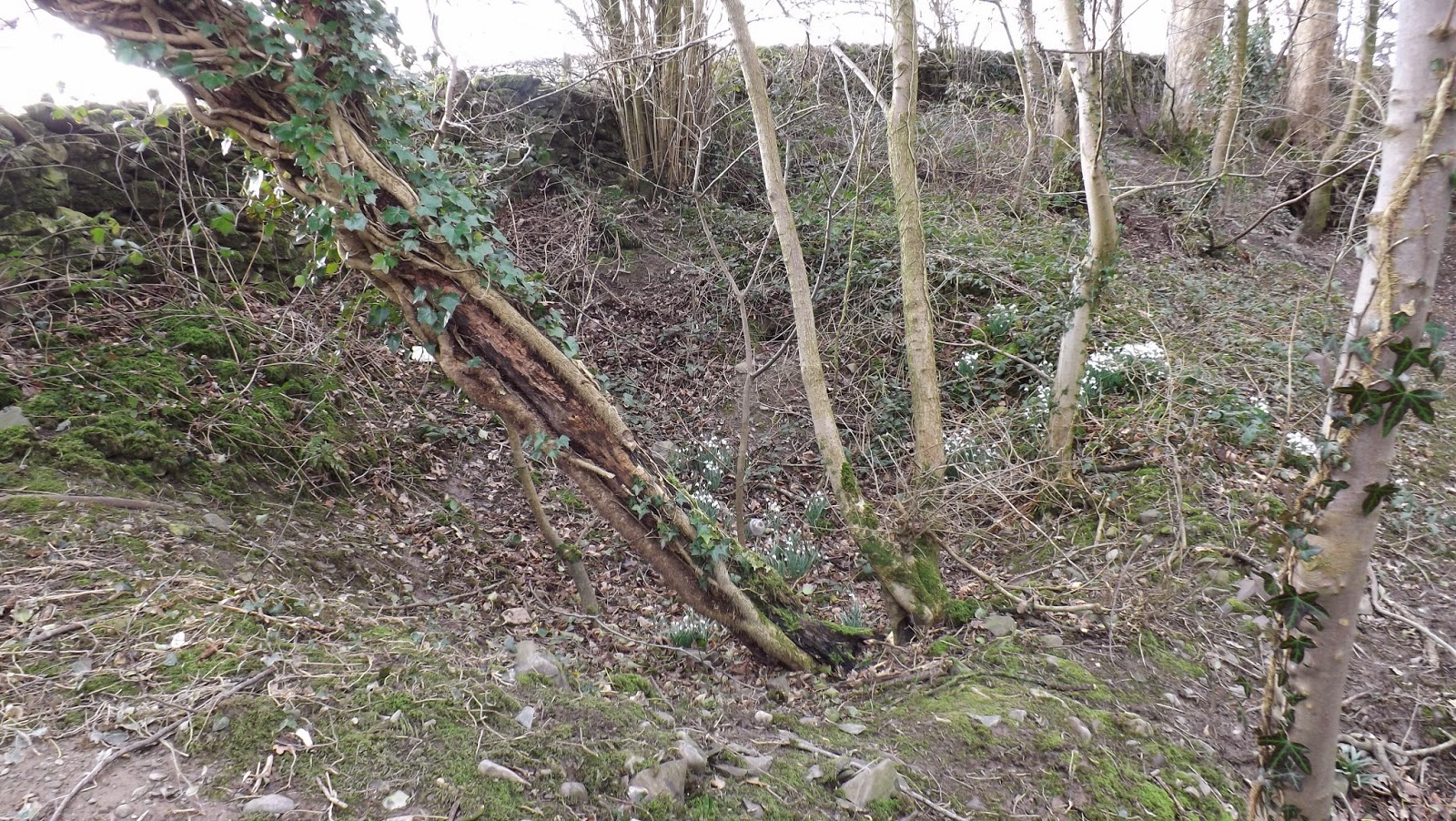 The kiln was discovered in 1814, but the fact that it is in the region of 2000 years old took a back seat, when two bodies were found buried within the collapsed remains. These bodies were not affected by the heat of the kiln, so it's likely that they were buried there after the kiln ceased to be used. Apparently one of the bricks recovered from the kiln is now in Kendal museum....I'll have to see if I can photograph it for this posting. The kiln may date from the last period of occupation of Watercrook fort (between 120 and 130 AD) and may have been part of the large civilian vicus that sprang up around the fort in its later years.
Posted by The Cumbrian Castle listing. at 9:25 pm