The Bishop's Tower was thought to have stood at the West side of the Cathedral precincts, and was built sometime in the 14th century. There were a number of Bishops of Carlisle during the 14th century: John de Halton, William Ayremyn, John Ross, John Kirkby, John Horncastle, Gilbert Welton, Thomas Appleby, Robert Reed and Thomas Merke.....any one of which could have been responsible for the building of the tower. 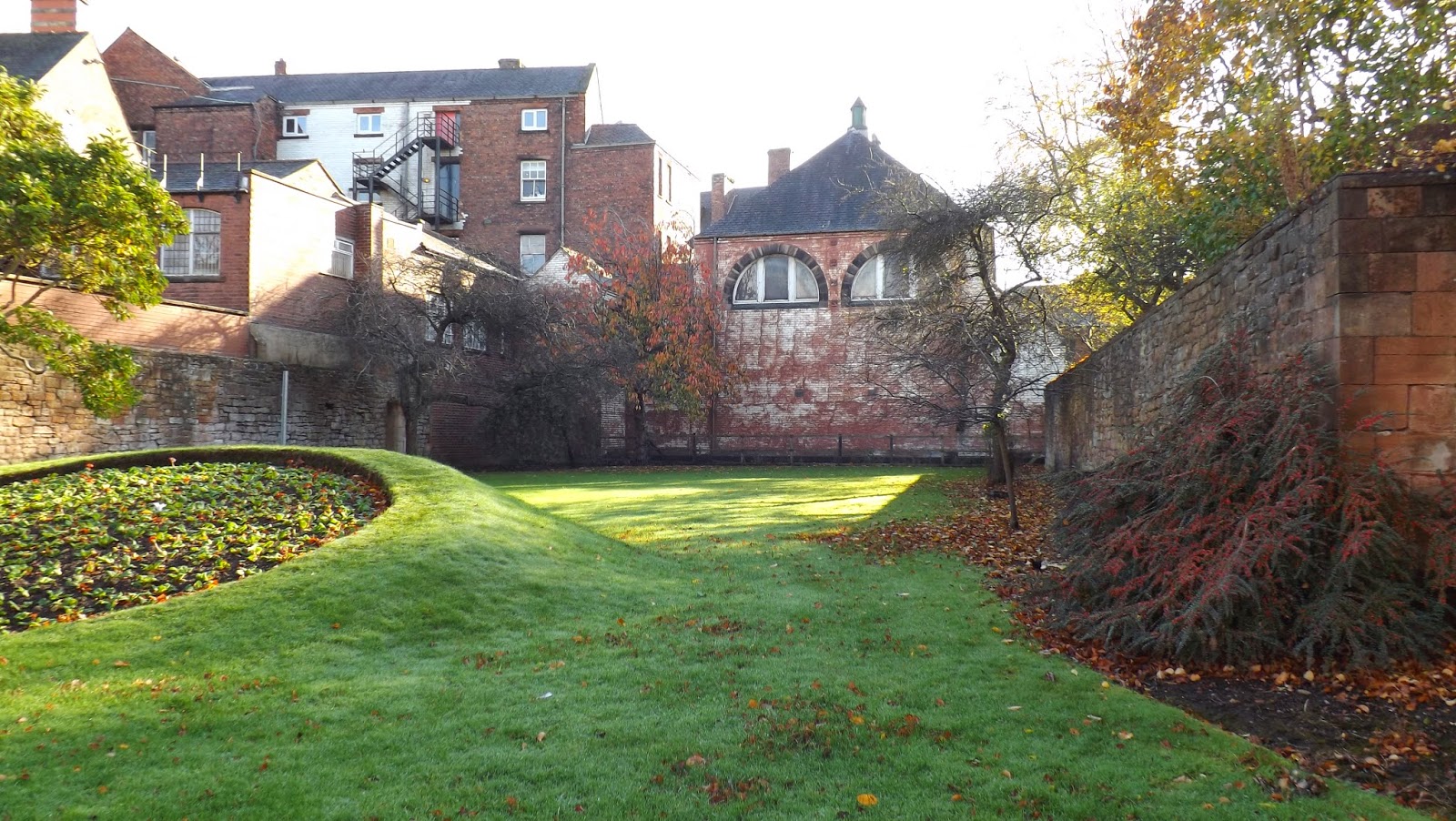 Above. Site at the South West of the Cathedral precincts -  possibly the site of the long lost Bishop's Tower.


The tower was still standing in 1620, but was definitely gone by 1640, possibly demolished along with other redundant priory buildings. An inventory of Cathedral buildings dating from 1571, lists "for the Busshopp In the towr....in the Kytching and larder", a mention that Perriam and Robinson state, shows that the tower was in use at this time.

No archaeological investigations in the Cathedral precincts have located the exact position of this long lost tower.


Posted by The Cumbrian Castle listing. at 9:56 pm