The photos shown here represent another portion of the Flodden wall, previously photographed and written about on this blog here. This portion of the wall, lays to the South of Edinburgh Castle, and connects directly with the smaller and more recent Telfer Wall where Brown's Place meets the Vennel at the top of the stairs. 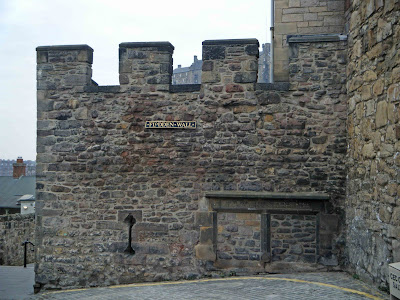 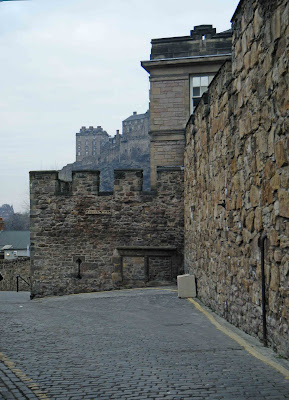 Above. Another view of the tower looking South, with the Castle in the background.
The tower still retains its small embrasure on the North, South and West faces. A window was opened in the South face of the tower in 1876 on the instructions of the Town Council, for what reason I don't know, but has since been bricked up. 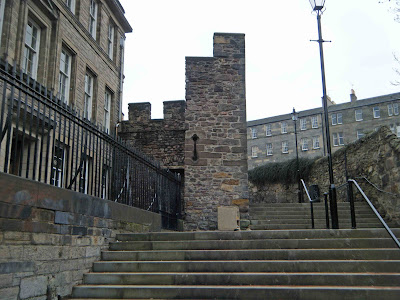 Above. A view of the tower looking North towards Heriot Place.
The Flodden Wall was built around 1513\1514 in reaction to an expected English attack\invasion. It was hastily built, and not particularly defensible, being less than one and a half metres thick at the bottom, thinner at the top, and generally around seven feet high. 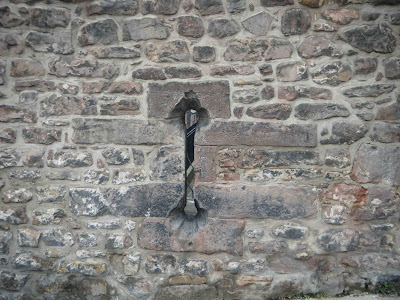 Above. An embrasure on the North face of the tower. 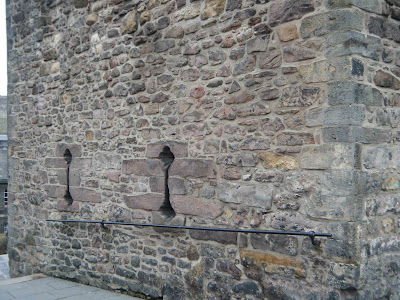 Above. Two embrasures on the West wall of the tower. 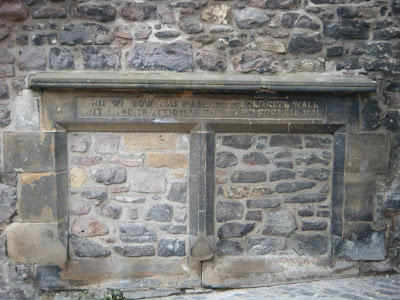 Above. The bricked-up window in the North face of the tower. 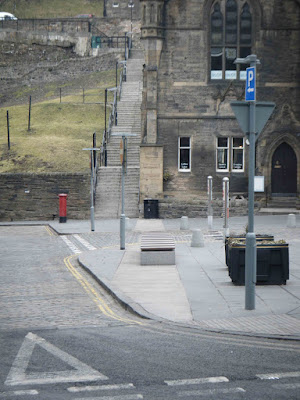 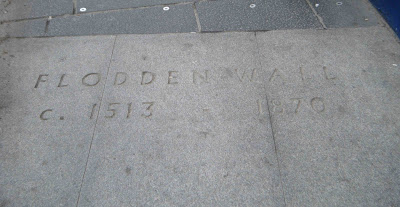 Above. Plaque marking the route of the Flodden Wall across Grassmarket. 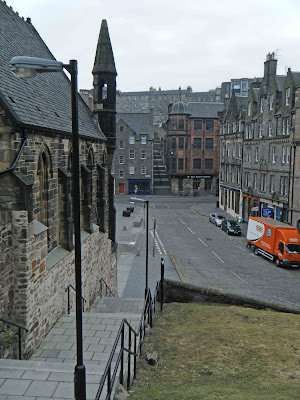 Above. The route of the Flodden Wall looking down Granny's Green Steps towards Grassmarket and The Vennel beyond.
This is a great route towards the Castle Esplanade and the end of the Royal Mile.
Posted by The Cumbrian Castle listing. at 8:11 pm