Dotted around the Cumbrian countryside, in fields, at roadsides, on country walks and in the middle of nowhere, you can find lime kilns. Not limited to the Cumbrian landscape, these relics can be found all over the country. So far I've only managed to photograph a few local kilns, but there's more to come. Lime kilns were used from medieval periods right through to the 18th and 19th centuries. They were used for in earlier times for the production of mortar for building purposes, and sometimes, as during the 18th and 19th centuries, for the production of lime for agricultural purposes.
Helsington lime Kiln

This kiln lays in a field about a mile off the A591, sandwiched between Natland and Brigsteer. It is about a hundred yards from the deserted medieval settlement. It is fairly intact, except for the collapsed roof. 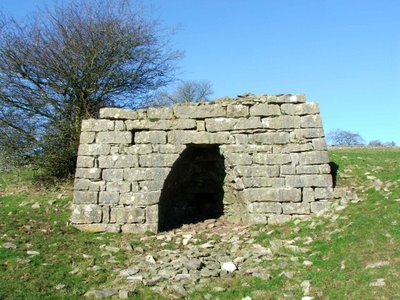 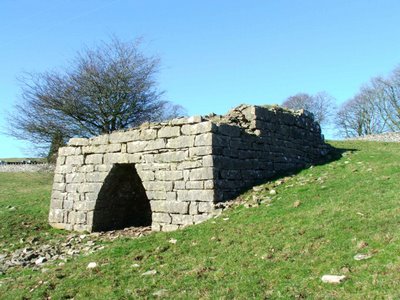 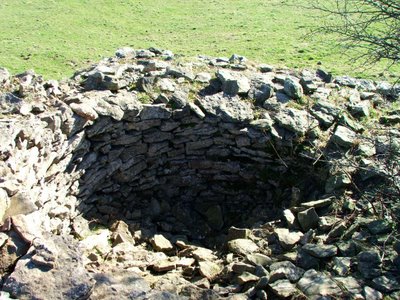 The lime kiln on the Cunswick Scar lays about two miles into the walk leading to Cunswick Hall. The lime kiln is almost totally intact, and looks to be in excellent condition. It's off the beaten track so has probably escaped any stone robbing. 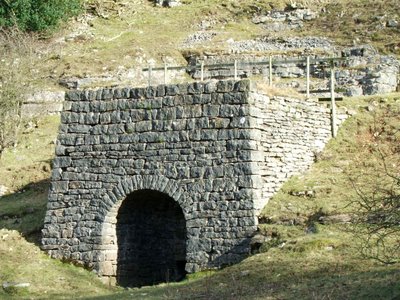 These lime kilns lay half way up the fell side on Wild Boar Fell just off the A683 about 6 miles South of Kirkby Stephen. They're in a remote position on the fell side and again look in pretty good condition. 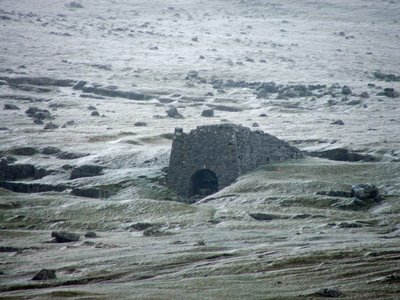 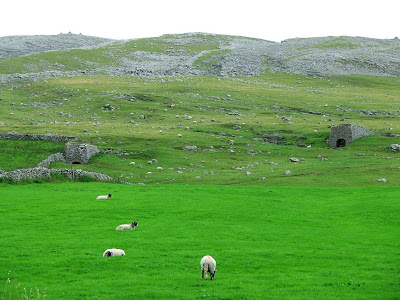 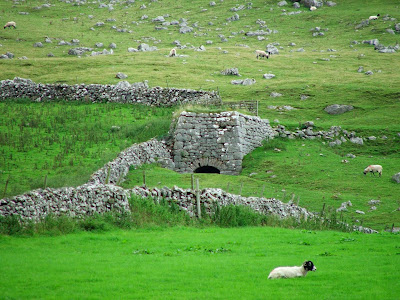 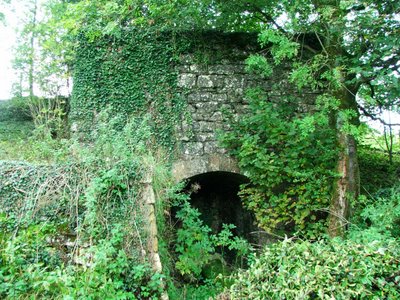 This lime kiln lays about 200 yards off the A65 on the South side of the road, at the foot of a steep and narrow hill on the B road heading towards Hutton Roof. The kiln is very overgrown, but in really good condition. I only noticed this by chance as I was making my way to the earthworks outside Hutton Roof. 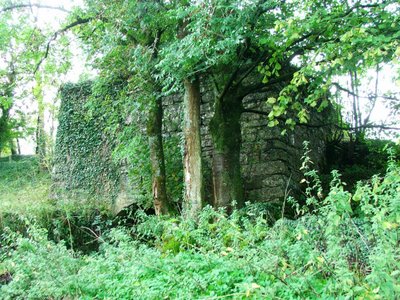 Lime Kiln at Levens, a quarter of a mile North West of Levens Hall 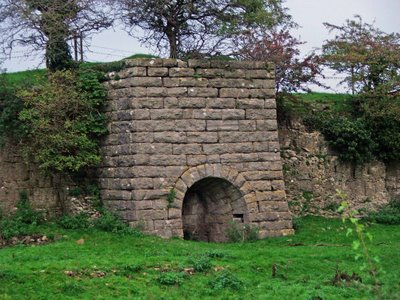 This lime kiln can be seen from the dual carriageway (A590) as you're travelling towards Kendal. The kiln sits in the field on your left, built into a lime stone escarpment. Again, the kiln is in excellent condition. During the summer months, it's pretty much hidden by the roadside hedgerows. 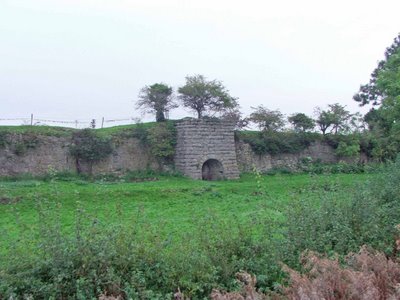 At last, I've photographed this rather sorry lime kiln just outside Ingleton. The mostly buried remains are about 100 yards west of the B6255 on Storrs common. The entrance to the kiln is full of grass covered rubble, but a quick look inside proved it to be in very good condition. 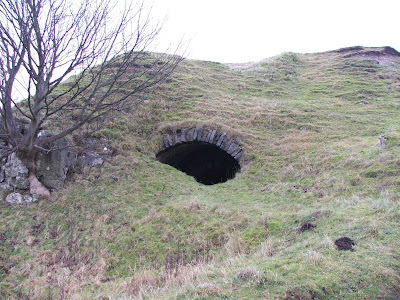 The kiln was in use in the 1840's, though its date of construction is not known. The area surrounding this kiln, known as Storrs Common, has probably been quarried for centuries, providing good quality lime stone for building and lime production. 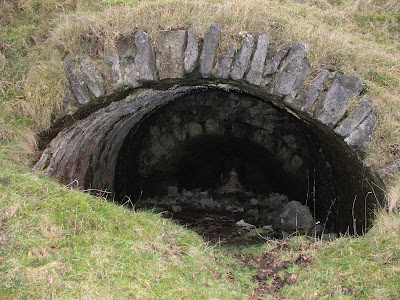 This was probably the last kiln to be built on the common, and is the only survivor found to date.

The quarry works in Ingleton are in a poor state. There are a lot of remains at the site, but what's there is pretty ruinous. The kiln is situated on the east banks of the River Doe, on the opposite side of the river to the main part of Mealbank quarry. Its likely that the kiln mostly used lime quarried from the smaller quarry above it, but this would need to be confirmed. The remains also include the infilled ruins of a large kiln built into the hillside to the South of the works. 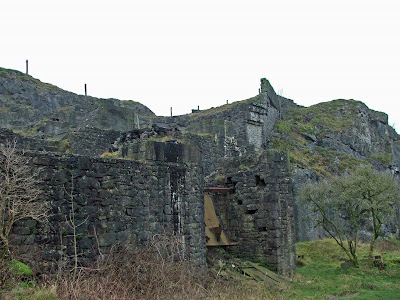 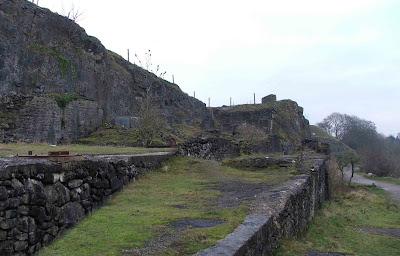 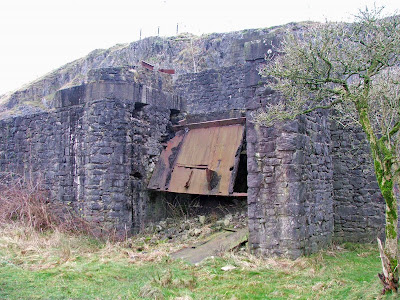 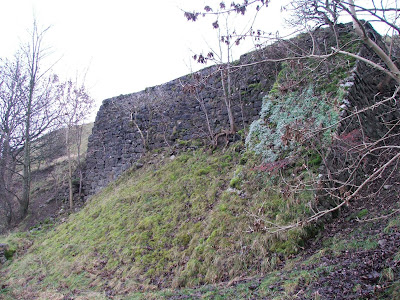 Infilled lime kiln to the South of the quarry works.

About two miles West of the quarry works and Storrs Common, there is a Hoffman Kiln built by the Craven Lime Company. Two brothers from Austwick, John Clark and Michael Wilson purchased the Meal Bank quarry in 1864, obtaining their license to build a Hoffman kiln four years later in 1868. This was the first Hoffman kiln to be built in the North of England, and at its peak, was producing between 40 and 60 tons of high grade lime a day. My next trip to Ingleton will be to grab some photos of the remains. 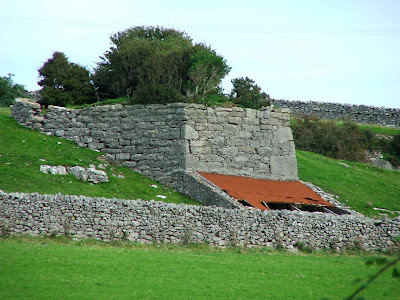 Just outside the village of Gleaston, and about a mile and ahalf from Gleaston Castle, this lime kiln, in pretty good condition, still stands in the fields overlooking the B road to the village. The farmer has obviously converted the kiln for farm use, but apart from the obvious changes, it's in excellent condition. 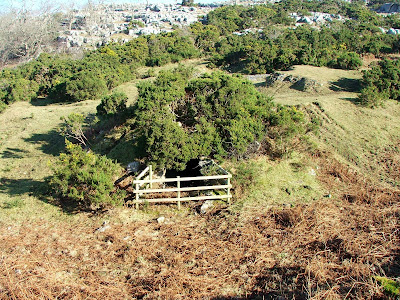 Another fine example of a Cumbrian lime kiln, this time somewhat overgrown, but in good condition. This limekiln can be found on Holm Park Fell, which is about two miles to the South of Fareleton Knot, and a mile and a half East of the village of Holme. I only stumbled on this one really, as it's off the beaten track and as you can see....it's overgrown and well hidden.

Dotted around the fells near Shap abbey, are numerous lime kilns of varying condition. Here are a few that were easily photgraphed.

The first kiln, shown below, is known to date from the mid to late 19th century, and has ramps on the sides, leading to the top of the kiln. In quite good condition. 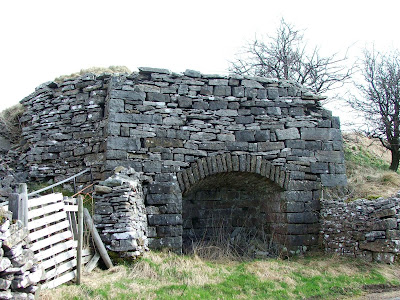 The next kiln, shown below, was also in good condition, with a shallow trackway leading to the entrance. 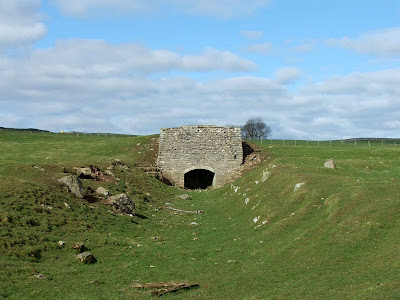 The next kiln lay in a shallow 'quarry', perhaps 3 or 4 feet deep, from which lime stone was possibly removed for processing. 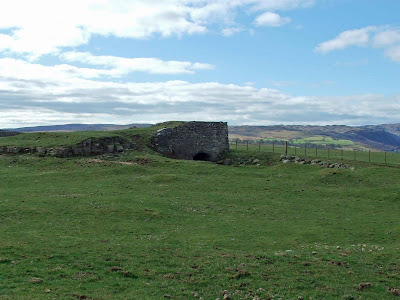 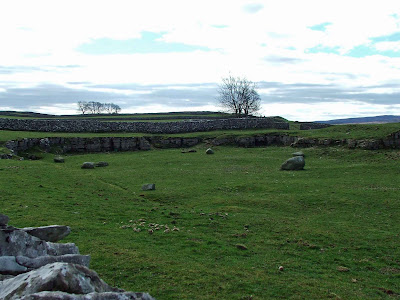 There were a number of other kilns that weren't photographed....I'll save them for another day. The area is littered with lime stone outcrops, clearly indicating that the area was ripe for lime stone quarrying.

With Arnside Tower being located along the Limestone Link Walk from Beetham to Kirkby Lonsdale, it's no surprise to find a few lime kilns along the way. 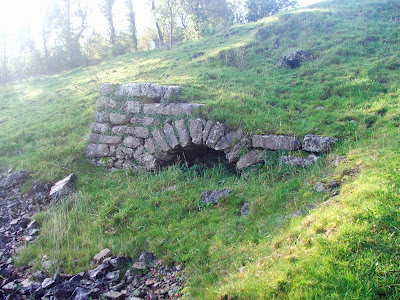 This one is situated right underneath the imposing ruins of Arnside Tower, and probably dates from sometime in the early 18th century. 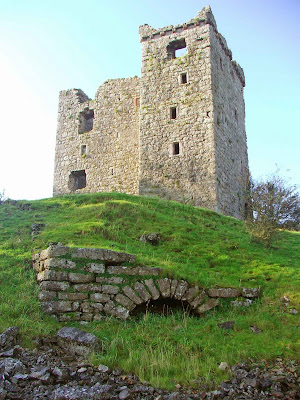 Partly collapsed and full of rubble, it's a tiny variation on a theme that is common around these parts, with limestone pavements exposed at almost every turn.

I only spotted this lime kiln by accident, tiny as the opening is, and damaged and fairly well hidden. 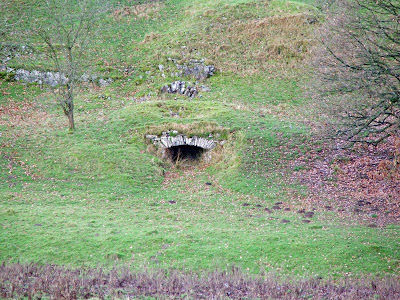 It's only visible from the East banks of the River Kent as it passes through Levens Park. Judgin by the damage on the top, and the silting up of the entrance, I would say that this kiln regularly gets flooded by the Kent.

Sad as this may sound, I've only just discovered this lime kiln photo in my library. I know that it's from the Ravenstonedale area, and I know that I took it in September last year...but apart from that, at the moment at least, I don't know where it is. 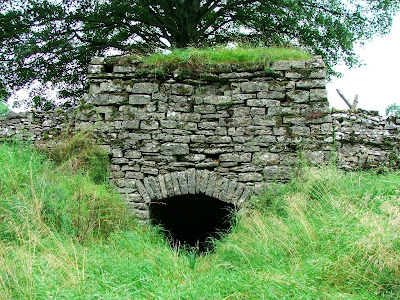 As soon as I've worked out where it is situated, I'll have a little more information on it.

Posted by The Cumbrian Castle listing. at 8:55 pm

There is a very good Lime Kiln, and several others, at The Row in the Lyth Valley. Just ripe for photographing.

Thank goodness for someone making a record of our industrial heritage. Although one could well be wearing rose tinted glasses, but these scenes (and any archeo. evidence and historic photo's) are of prime importance. Thank you for making them.

There is also the lime kiln at the top of Greenside in Kendal that has recently recieved quite a lot of publicity.