Motte and bailey castles in the Northwest of England.

Motte and bailey castles of the Northwest of England

Mary Higham's short piece, "The Mottes of North Lancashire, Lonsdale and South Cumbria", from 1991, is an interesting read, and throws up a number of sites that have since been questioned.

The list of earthwork castles that Mary details (as shown in the map below) is as follows: 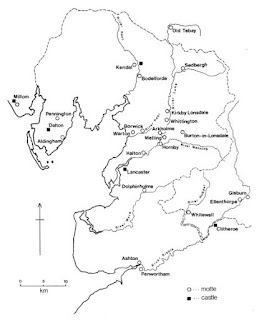 Above. Mary Higham's map of the North West showing mottes and castles.

Above. The church of Holy Trinity at Millom.

Both the church of Holy Trinity and the medieval castle at Millom are thought to sit on top of an original motte, thought to occupy the site before either church or castle were ever built. Whilst the view shown above clearly shows both church and castle within the confines of a shallow raised platform, it's not clear if there was a motte here before the building of either structures. Indeed many castles in the area are reputed to have started off as motte and bailey castles....claims that in many cases are simply not substantiated with any historical evidence. In this instance, Mike Salter in his "The castles and tower houses of Cumbria" states that "the motte with a ditch to the East and South on which the castle stands, may go back to when Godard de Boyville was granted the manor in 1134".

Castle Hill at Pennington was probably never actually a motte and bailey style castle, but rather a ring work, some would say a more primitive medieval fortification utilising banks and ditches as opposed to a motte and banks and ditches. The fortified enclosure is ideally situated for defence, making good use of the lie of the land here. To the West and the South, the site sits high above the surrounding countryside, with Pennington Beck providing another obstacle for any would be interlopers.

Above. A view of the interior of Pennington Castle 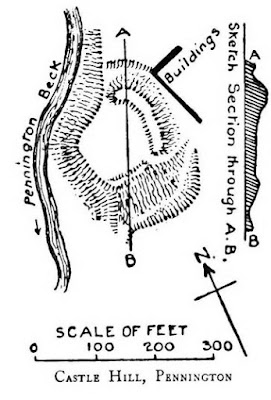 Above. Sketch plan of Pennington Castle.


Traditionally held by the Penningtons up until around 1318, the family may have already moved to nearby Muncaster by 1242, later establishing a fortified site that later developed into the sprawling castle we see today.

Above. Aldingham castle from a distance. 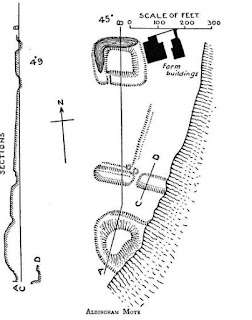 Above. Sketch plan of Aldingham castle. 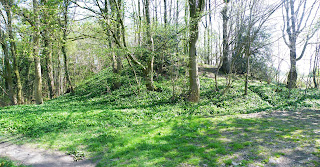 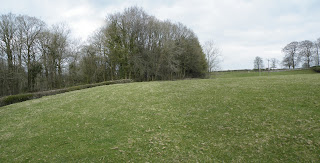 Above. The alleged site of Bothelford DMV

Above. Panoramic view of Castle Howe at Tebay 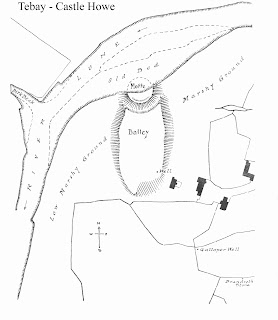 Above. Sketch plan of Castle Howe at Tebay

Above. View of the motte at Sedbergh 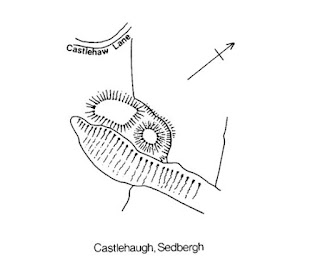 Above. Sketch plan of Castlehaugh at Sedbergh

Above. View of the damaged motte at Kirkby Lonsdale

Above. Kirkby Lonsdale motte, also known as the Cockpit 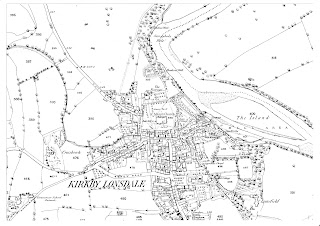 Above. Map of Kirkby Lonsdale

Above. The indistinct motte at Whittington

Above. Classic motte and bailey at Arkholme 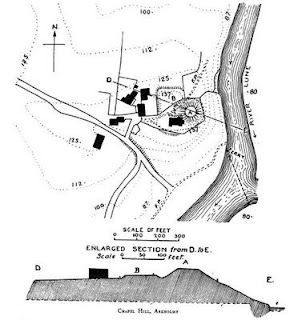 Above. Sketch plan of Castle Hill at Arkholme

Above. The beautiful motte at Melling 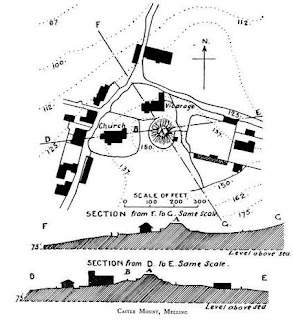 Above. Sketch plan of Melling Motte

Above. View of the motte from Bentham Moor Road to the South

Above. View of the motte and the second bailey at Burton in Lonsdale 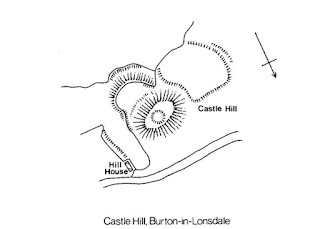 Above. Sketch plan of the motte with its two bailey areas

Above. The spectacular motte at Hornby 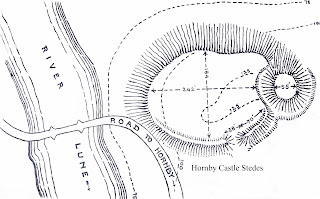 Above. Sketch plan of one of the most perfect mottes in the North West

Above. The motte at Halton 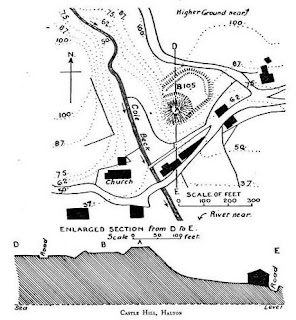 Above. Sketch plan of the motte at Halton

Above. Gisburn castle from the South 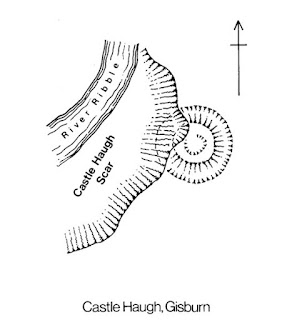 Above. Sketch plan of the castle on the banks of the River Ribble

Posted by The Cumbrian Castle listing. at 8:40 pm

Hello. I just came across your blog and find it most interesting. You may be the person to ask my question.

I am interested in tower-houses in the north of England, along the Borders, but also in those throughout Scotland. There seems never to have been z-pattern castles in England, and I am interested to see if I can find one similar to, say, Earlshall, in Fife, but in the English Marches.

Do you know of any that may qualify?