Tower D
Bootham
York
Tower D is situated on Bootham, at the Northern extremes of the abbey precincts. The tower would have formed part of the abbey defences, linking with the city walls at Bootham. 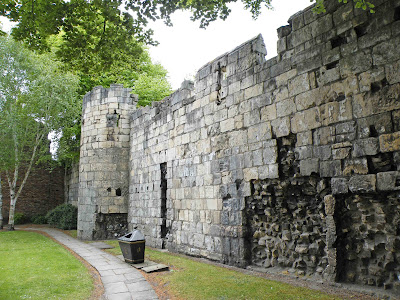 Above. Tower D looking South East.
The tower was most likely built around 1266, and may represent the original form that Tower A and Tower B may taken. It probably stands to its full original height, and still retains its crenelations and a narrow parapet walk. 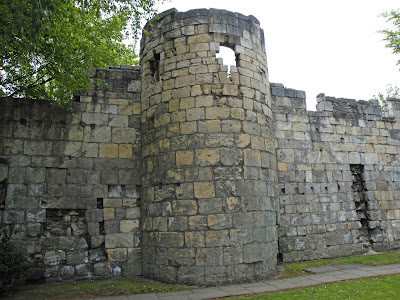 Above. Tower D from Bootham road side.
This is a really well preserved tower, and easily viewable from the road side.
Posted by The Cumbrian Castle listing. at 9:22 pm