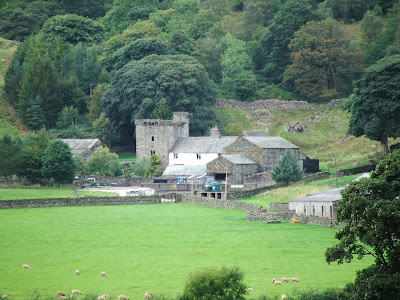 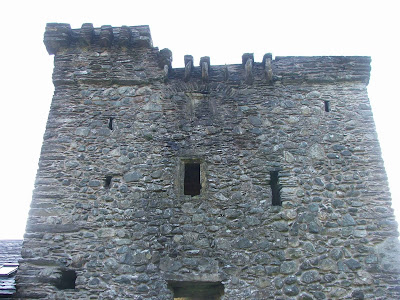 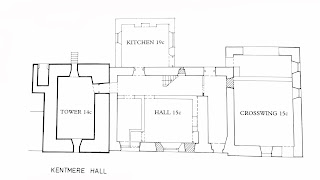 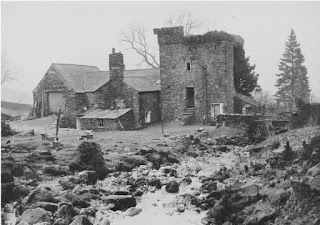 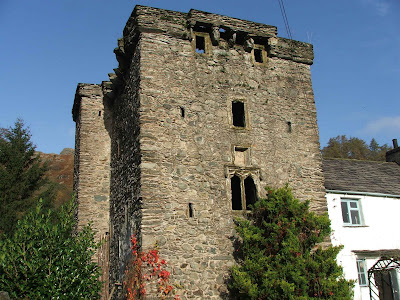 
The building of Kentmere Hall, includes the fantastical appearance of a local 'giant', Hugh Hird (the Troutbeck Giant!!). It is alleged that, whilst the tower was being roofed, ten men could not lift and place the huge chimney beam, which it is said, measured thirty feet long, thirteen inches by twelve and a half thick, and sits some six feet up. Whilst the builders were resting, and no doubt pondering how they would get this huge piece of wood in place, Hugh turned up and single handed put this chimney beam into place. The story then goes onto say how Hugh killed himself at the age of 42, tearing up trees in the Kentmere valley, with his bare hands!!! Legend also tells us that Hugh was a defender of local villages and their people during raids by the Scots.
Posted by The Cumbrian Castle listing. at 8:11 pm

leaves on the Raney Tree said...

Thanks for mentioning the footpath. Just discovered I'm descended from the Gilpin family, which goes well with our already-planned trip to the Lake District in a few weeks. Really want to get up close to the tower.