The small village of Melmerby can be found about six miles North East of Penrith on the A686. The church of church of St John the Baptist sits right next to a long high wall that runs the length of the gardens of the hall. The village appears in some historical documentation as a defensible village....a feature of a few scattered villages in this part of the county. But unlike Milburn and Temple Sowerby, Melmerby seems to have lost the traditional form and shape of these villages. 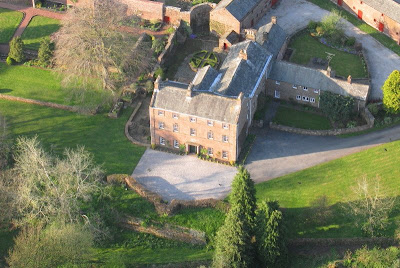 (Above photo courtesy of Simon Ledingham)
Views of the hall are difficult to come by, so my visit to Melmerby was fruitless where photographing the hall was concerned. However, a kind benefactor recently sent me a newspaper cutting with a photo of the hall....and this is what can be seen here. 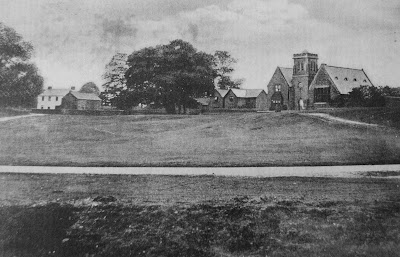 Above. An old postcard (from a personal collection) showing the village green.
The oldest part of the current building probably dates from around the latter part of the 16th century. There are reports of a date stone being seen with a date of 1597 carved in it. 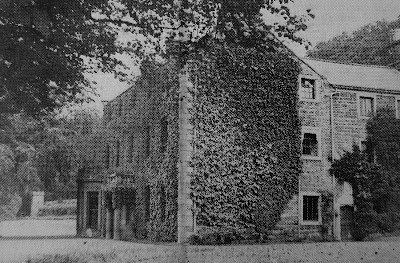 The original fortification, a 'tower' of some description, is thought to have been built sometime in the early 14th century, but all that survives now, is the 16th century hall range, consisting of a parlour and scullery. A record, probably dating from around 1322, states "John de Denum kept a garrison of twelve men at his tower of Melmerby".
Interestingly, the small church a few hundred yards away, is thought to contain the remains of 14th century tower, possibly built as a place of refuge. Could this be in any way connected with the hall?

Posted by The Cumbrian Castle listing. at 6:10 pm